Apple Just Launched a Social Movement, and No One Seems to Have Noticed: Part 1 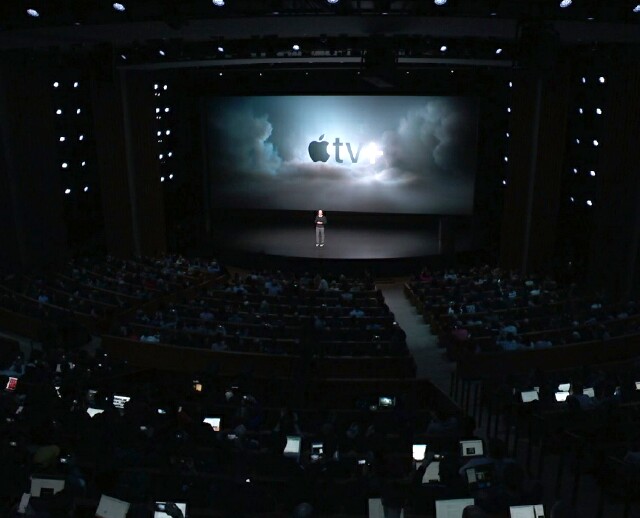 Think you know what Apple did this week?  I'm not so sure you do.  I believe Apple launched a social movement.  Here's why:

For the past decade, we have been living in an ever more cynical world.  Certainly, it's difficult to imagine a more volatile time in the relationships of citizen to citizen, friend to friend and family member to family member.  There are topics either too taboo to speak about or when spoken cause rifts in interpersonal relationships.  As a nation, we are more polarized politically than ever.  The media is the apex of this divide, enabled by the digital era where every opinion is represented as fact thanks to the leveling of the distribution playing field and amplification effect of social media.

Over the past decade, we have lived in an era with extraordinarily dystopian content.  There is a thin line between the real carnage that we see on the news and the fictional carnage on The Walking Dead, iZombie, Breaking Bad, American Horror Story, Game of Thrones, Black Mirror, Jessica Jones, The Punisher and any New York Knicks game (oh, if only it were fiction).  To be clear, these are all great shows, but viewed collectively they reflect an overarching theme that cannot be called "optimistic."

Our views on immigration and immigrants is a topic of daily conversation played out in countless hours across the news.  Our fellow citizens get a large portion of the news from an algorithm that exists primarily to maximize the time they spend on a social site, only allowing limited exposure to other viewpoints, reinforcing stereotypes and stifling diverse perspectives.

Which all leads to this week's Apple press conference (photo above) where they announced Apple News+, Apple Arcade, Apple TV+ and the Apple Card.

It was an odd press conference, full of broad concept and star power, but short on detail.  And why, exactly, when you are introducing three subscription services, do you throw in the launch of a credit card in the middle of the presentation?

There is a single thread running through all these announcements: Apple cares about humanity and will try to get us back on the road of hope, civility, kindness and understanding.  Yes, to some of you that sounds like some serious hippity-dippity stuff.  Just keep in mind that Steve Jobs still looms large in the ethos of Apple, and he had his serious hippity-dippity moments, which in large part made him Steve Jobs.

Let's break this down …

Apple News+:  Lack of exposure to diverse opinions is one of the challenges of a digital age, which is ironic given the "information is free" web ethos, but the algorithm era has subverted that ideal.  The social streams and their algorithms will telegraph your viewpoint right back at you.  The ability to find educated, well-researched, fact-based content is a challenge -- particularly in the paywall era.  Apple News+ provides consumers with access to diverse, professional, educated, thought-out content for a fair price, $9.99/month.  The service includes The Wall Street Journal, The Los Angeles Times and The Toronto Star in addition to over 300 magazines from The New Yorker to People.  I don't know if this will solve the news via social feed issue, but for many, it will open up worlds for the cost of a magazine and a half.

Apple Card:  So, how is launching a credit card going to help the world, especially with Goldman Sachs as the bank?  Apple clearly wants to be the kinder, more humanistic card.  No late fees, no penalty if you miss one monthly payment, the easy ability to fully view your purchases and to pay more than once a month if you have that ability are all significant, customer-centric positive innovations.

Apple Arcade:  As a quasi-gamer, I would probably lean more to Google's Stadia.  Yet, with the sheer volume of mobile gaming done on iOS, this move to provide a subscription service that offers over 100 new and exclusive games with Apple working with developers makes sense.  It's impossible to avoid a violence-free gaming service, but the emphasis in this week's announcement was on console-quality games, but more on the tamer, casual side.

Let's get right to the heart of the matter.  We'll do that in Part 2.