Award-worthy Career Advice for Women in Media from Kim Martin 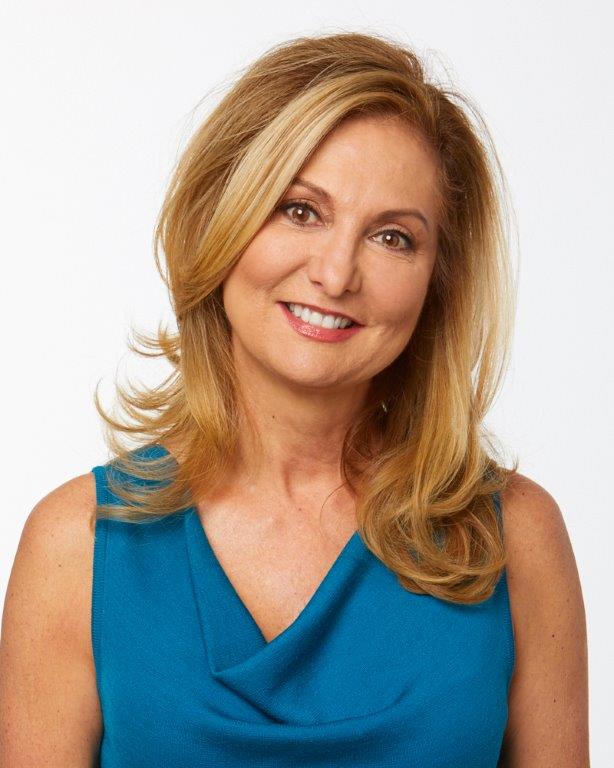 Kim Martin has been an icon for me for most of my years in the media industry. After years heading up affiliate sales at Discovery, helming WE tv, then brand marketing at Meredith Publications, Kim has followed her own advice to follow one's dream with her Ascendancy Group, an executive coaching service for women in media and entertainment careers. Now this winner of more accolades than anyone else I know in our industry -- from Wonder Women to The Hollywood Reporter's Top 30 in Reality TV -- is sharing insights and very specific suggestions for career advancement via this podcast, Episode 31 of Insider InSites.

Listen to the full version of the podcast here -- time codes for the main topics are indicated -- or listen anywhere you subscribe to podcasts, including Spotify, iHeartRadio, GooglePodcasts, Apple, Stitcher and TuneIn.

I kicked off our discussion by asking how she's gained recognition.

Kim Martin: [2:35]  I don't think anybody sets out to be an award winner.  I think people want to be successful in their career.  They work hard. They're team players.  They have a great attitude and surround themselves with like-minded people.  Much of my success is a reflection of the really smart people that I worked with.  Many times we put our heads down and we're focused on the result and not the acknowledgement.  But to get that award -- particularly in the presence of your peers and senior executives at your company -- goes a long way to give you additional confidence.

Moss:  Were there any mentors who gave you confidence as well?

Martin:  I [actually] have one unfortunate story.  I reached out to a senior executive in the cable industry I really admired and asked her to be my mentor.  Her response was, "I did it on my own.  If you're really smart and work hard, you will, too."  It was such a kick in the pants.  But I walked away from it saying, "I will always have a responsibility to pull up younger women with me."  And I have been a mentor from that point forward, and I  set up the mentoring programs at AMC Networks.  I have been fortunate to have many women, an entire Betsy Magness Leadership class, that have been kind enough to work with me and stay in touch over the years.

Moss: [7:45]  You left Meredith in 2017.  With hindsight and distance and the freedom to advise perhaps a network head today, what would you say?

Martin:  All three companies I worked for are publicly traded companies and it's so easy to get caught up in the quarterly returns and making sure that you're meeting all your financials -- as opposed to stepping back and saying, "Okay, let's look at the big picture.  I'm going to be in this role for at least a couple of years.  How do I make a major impact for the company?"  That puts them on the right path of growing their business as opposed to just focusing on quarterly results.  Probably one of the biggest mistakes leaders make is getting caught up in just the budget conversation.

Moss:[8:50]  How does it feel now to actually advise people as an executive coach?

Martin:  I really try as a coach to help my clients come to their own solutions.  Yes, I will nudge and ask the questions and guide the conversation. But true change that you're going to embrace as a leader or as an employee comes from what you have convinced yourself is the right path, not a path that someone's told you about.  You come to that conclusion through in-depth research for your own reflection, not for a consultant to come in and solve some of these problems.

Moss: [9:55]  You had long tenures at several companies.  What it's like to change to a new culture -- let alone changing to an entirely different career?

Martin:  This is definitely advice that I give my clients -- actively manage your career!  I had great experiences and success at all my previous [jobs].  But [if I had it to do over again] I actually would have been at each of them a shorter amount of time, learned as much as I could, then moved onto the next opportunity.  Changing jobs -- whether it's a role within the same company or new companies, new bosses, new colleagues -- is the way that you learn more ... particularly today with all the changes in technology.  The amount I learned at Meredith in those two years was extremely valuable and as much as I probably learned in all the years of the role before.

[11:30]  On moving into the coaching role: I had decided after I left AMC Networks that I wanted to be an executive coach in the media entertainment industry for women.  I actually had created that as a life plan when I was in the Betsy Magness program.  When I left AMC Networks, I was on the path of getting my coaching certification when I ended up getting the offer at Meredith.  I had a great couple of years there, but when I ended up leaving I came back to coaching -- my plan.