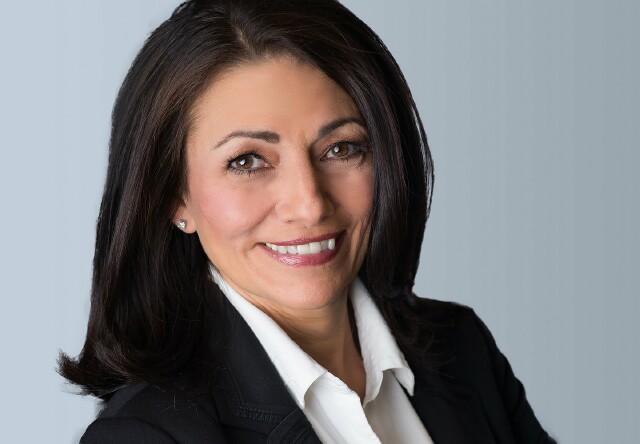 When asked, “What’s your goal in the next five years as a woman in tech?” Stephanie Mitchko-Beale, Chief Technology Officer and Chief Operating Officer, Cadent, responded, “My wish?  To not have to have this conversation.”  Mitchko-Beale, a key member of the executive team responsible for keeping Cadent on the leading edge of advanced TV, is a strong advocate for diversity and inclusion. "That includes diversity of thought,” she explained, “which enables us to develop better solutions. “One of my data scientists worked as a research assistant on a numerical model of the Mars ionosphere and is now working on modeling and predictive analytics for data driven advertising -- it’s a totally different application and we’re getting new thinking to solve problems."

Though Mitchko-Beale’s team is comprised of a range of ethnicities, gender and, yes, thinkers, she’d nevertheless like to see more women in engineering, “because problem-solving is our whole job,” she said.  “When you bring women into the mix you see business benefits as they bring emotional intelligence into the equation.”  To get there, she added, “they need to see role models and geek guy stereotypes need to be busted.”  If they don’t see themselves on-screen or in the workplace as STEM experts, girls and women will be less likely to pursue and stay on those career paths.

As Cadent quickly scales, Mitchko-Beale said, Mark Murata was brought in as Chief People Officer to ensure organizational growth is inclusive.  Murata has already developed an inclusion program at every office, offering a forum for employees across the organization to engage in senior-level discussions about what they see and what they’d like to see.  “We’re focusing on engagement and investing in training (both internal and external),” Mitchko-Beale added.  She invited her engineering team to CES, encouraging them to meet with people from different areas of the industry.  The goal, she explained, was to “bring global ideas back to the company in lieu of insular thinking.”

Mitchko-Beale got into technology as the daughter of an electrical engineer.  She had two brothers; all the kids were treated alike.  It turned out that she was more interested in taking apart radios than her brothers.  “From an early age, I was voraciously curious about how things worked,” she said.  “When I got to Brooklyn Poly Tech -- now NYU -- it was my first exposure to, ‘You’re not the same as everyone else.’ I was one of a few women in electrical engineering and felt like an outcast. When I went into business it was a whole other shock.” Being able to communicate was integral in navigating that space, she said, adding, “it took much longer for me to get where I was than many of my male counterparts. I saw others rising, and I remained persistent, I raised my hand for every new project.

“Getting into engineering and staying there are two different things; getting there was natural, it was intrinsic, but staying in it was hard and took persistence,” she continued.  “I saw many women leave.”  Fortunately, as she moved into entertainment and media, she found mentors and formed relationships through Women in Cable Telecommunications (WICT).

With a tight job market, low unemployment in the tech world and the fact that younger people like to move around, she pointed out.  “The biggest challenges in the industry right now are the same for most companies.  There is a shortage of women, people of color and other generally underrepresented groups in tech.  I’ve been following this phenomenon, as I am one of them.”  To be inclusive and diverse makes business better -- companies in the top quartile for racial and ethnic diversity are 35% more likely to have financial returns above their national industry medians.

In the U.S., according to a recent PEW study, only 14% of professionals in engineering are women, only 5% are black and 8% are Hispanic.  Increasing media depictions of women and other underrepresented groups participating in STEM, coupled with real-world change, will encourage a more diverse array of candidates to pursue tech jobs.

This issue, Mitchko-Beale explains, is one that the industry and society overall need to solve: “Every organization that has resources, communications and power can change the expectations of what is possible. Change from the ground-up and more role models, coupled with education and equal treatment, are steps in the right direction."