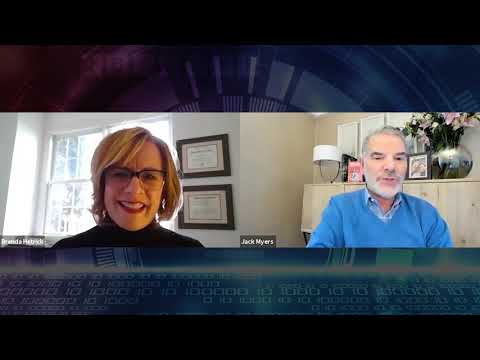 Jack Myers, media ecologist and founder of MediaVillage and AdvancingDiversity.org has been a witness to media technology advances since the introduction of FM radio and built his career forecasting how technology would impact on brand marketing and ad spending decisions. CRO of Matrix Solutions, Brenda Hetrick hosted a Candid Conversation with Myers in what was billed as "WTF Just Happened (And What's Ahead)" that proved to be more candid than Hetrick may have anticipated..

Hetrick asked Myers about a recent Jack Myers ThinkTank podcast titled Battle for the Soul of Media, in which he fiercely and passionately critiqued the impact that some of the larger social media players are having on the "soul" of the media industry. "Companies like Facebook have positioned themselves as media companies and are competing for media budgets when, in fact, they are really not a part of the media industry. They are a part of a very different commerce-based industry.

"The vast majority of their revenues are from small and medium-sized businesses. They have created a turnkey and seamless model for integration and have imported that into the agencies and in-house agencies at national marketers to enable an efficient model for procurement-centric brands to shift money away from the more traditional media.

"They've become active in our non-profit groups, our trade associations and are advocating for tools and resources while at the same time are capturing the very revenues, they're ostensibly helping the industry bring in. The simple way to look at this is that they are focused on the bottom of the funnel but also present themselves as being a top of the funnel competitor.".

Hetrick concurred that Matrix Solutions' core constituencies see FAANG companies as competitors "and you are spot on that they are at the bottom of the funnel. It's not about the relationships or the value of the inventory." 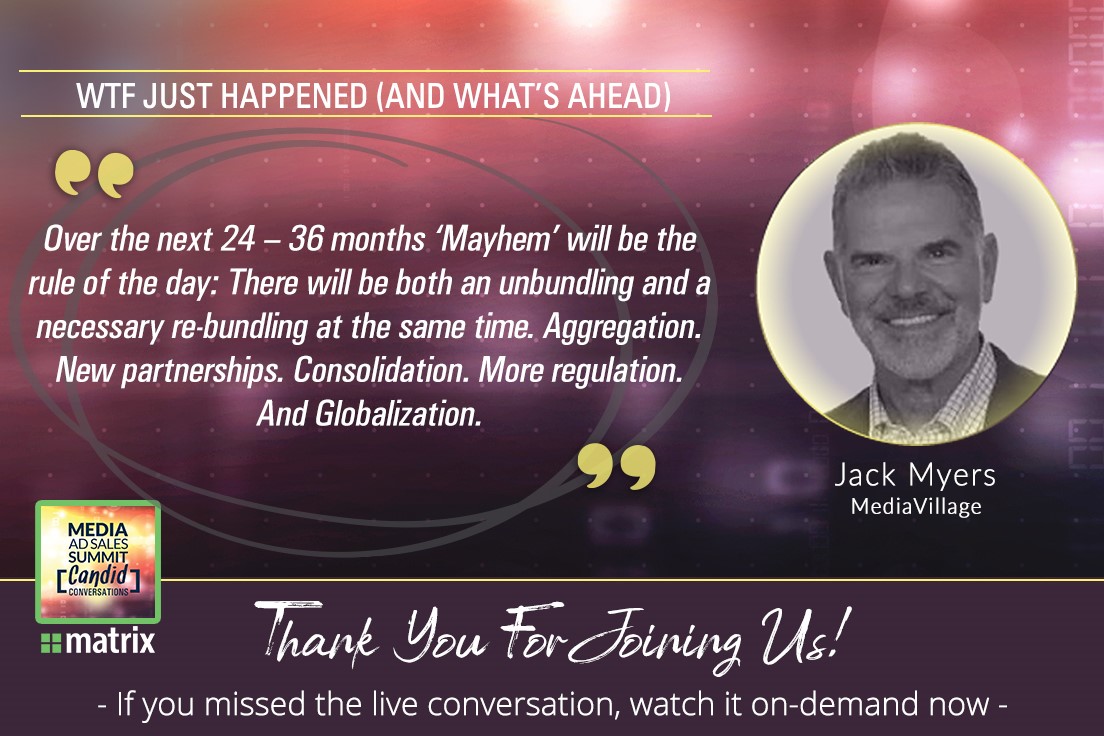 Looking back at Myers' early career in sales at ABC-FM followed by CBS-TV, Myers pointed to a "common denominator of meeting with the retail community and learning and understanding how they were viewing our medium. It's interesting because today everyone is looking at commerce and the growth of Amazon, Walmart, Walgreens, CVS, Target and others that are competing for media budgets but delivering sales promotion value. Major retailers have historically looked at radio and TV as a brand-sell, not a driver of business. That's how it has been sold to them even though it targets only two percent of their advertising budget. At CBS-TV, I wanted to see how we could get to the other 98% of their budget, most of which was provided by their vendors through co-op dollars. So, I became an expert in co-op and partnered with retailers like Bloomingdale's, Saks, Macy's, Marshall Field, Waldbaum's Supermarket and even Crazy Eddie to generate vendor-support for radio or TV campaigns promoting short-term sales events. It was a hugely successful strategy that broadcasters could learn from today."

In the early 1980s, Myers foresaw the growth of cable and launched a consulting and research practice that has evolved into MediaVillage+AdvancingDiversity.org, which today hosts more than 150 dedicated educational and workforce development platforms that support the B2B marketing, media, advertising, entertainment and educational communities.

In terms of what local sales organizations can do to compete today, Myers suggested that technology. education, and diversity are core to a successful modern sales strategy. In light of the privacy restrictions that are starting to roll-out, he envisions more 1st Party data-rich walled-gardens, similar to the way that NBC One has pulled in the local inventory to simplify the process, remove the friction, and make the buying of the inventory turnkey and seamless.

Myers expresses frustration with the current state of data. "Unfortunately, our data sources are still focused on driving information, not knowledge, although that's evolving. Information is garbage, especially with having every agency and every client looking at different sets of data without true standardization. I'm a believer in the importance of accelerating initiatives like Nielsen's recently announced Nielsen One and Comscore's planned advances.

Looking forward to 2021, Myers predicts a period of mayhem. "There has to be an unbundling and re-aggregation. New winners. New partnerships. There will be more regulation. We will have a different tax code that will make an impact. With the end of the pandemic, there will be a focus on globalization. As many negatives and tragedies as there have been in 2020 and will likely continue into the first part of 2021 with Covid-19, there are a lot of positives that have come out of pandemic as well as the "Black Lives Matters" movement. I think there is a heightened awareness among people of the realities and the dangers that exist in the world and in our nation. It's the role of the media industry to act in the public interest and confront those dangers."