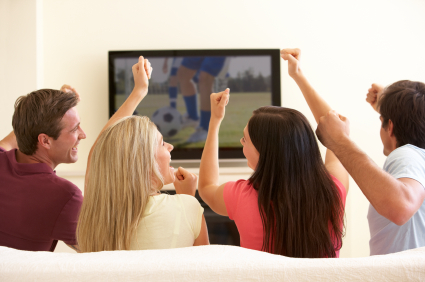 If the adage "all media is local" is in any way accurate, then Sinclair Broadcast Group is taking that and evolving it to a new place in the digital age. It became clear during New York City Television Week 2019 that Sinclair's multi-platform OTT entrant, STIRR, is breaking down geographic boundaries and moving to a future with greater interactivity and increased advertising relevance.

Sinclair owns/operates or provides services to more than 191 television stations in 89 markets, as well as owns and/or operates 23 regional sports network (RSN) brands. STIRR, which allows consumers to access live simulcasts of local Sinclair networks, is a welcome addition. The streaming service has already reached more than 1.3 million downloads since its January 2019 launch. Additionally, STIRR is up to 70 linear streaming channels, with average session times of 53 minutes and over 60 minutes on connected TV devices.

The service also includes the STIRR City channel, a direct-to-OTT TV station. It offers a foundation of three to six hours of live local news, powered by the sister Sinclair station in the market, and provides TV shows, off-net programming, and movies. Including the STIRR City channels, there are currently 144 linear services available to audiences across the country.

According to Ware, the core strategy for STIRR is to own fandom. "A fan of news. A fan of sports. That's [who has] connected on the platform first," Ware said. "Fans of sci-fi and anime are also connecting."

Weisbord pointed to that strategy as the impetus for specific acquisitions. "Owning the local fandom is the key. It's the thesis of why we bought all the regional sports networks. It's all hometown live sports," Weisbord explained. "We also have the hometown news viewer; the fan of local news. If you can amalgamate all that content, it allows for some specific programming through VOD, which matters [because] 50 percent of TV is on-demand — allowing people to personalize what they want."

When Howe asked about the future, Weisbord answered, "We are the owner of the local fan. With technology, we'll be able to have mobility. We are a sales-and-marketing company wrapped around content and technology. With STIRR, we know the younger generation wants news. The under-35 demo represents a significant number in digital, but not over the air. By giving them the content they want, where they want, we will see growth in that demo."

How will this all be monetized?

Weisbord believes that, in an ATSC 3.0 world (the recently codified new standard for over-the air-digital transmission that will allow for two-way interactivity and multiscreen broadcast), anyone with a transmitter is like a farmer, and what they farm is bits. "Bits can be used to upgrade home security," he said. "You can use a bit to upgrade electric cars' software. You cannot worry about any buffering on the Internet highway so, OTT is a prelude to what next-gen will be on a hybrid transmitter."

As a beta for a 5G/ATSC 3.0 world, Weisbord gave a glimpse of what the future might look like watching sports. "If you were watching a golf competition and you only wanted to watch Phil Mickelson or Dustin Johnson or Tiger [Woods], you could follow them through the whole tournament," he said. "You [wouldn't] have to watch the specific hole that the standard broadcast was showing. You could personalize what you want."

Weisbord added, "In the future, if you want to watch a baseball game from the outfield or the pitcher's mound, you'll have the choice. That's really the long tail. We want to take this ubiquitous content and allow you to personalize it."

One intriguing area they discussed is state-specific sports betting. With 5G and ATSC 3.0, opportunities for betting on every baseball pitch or every football play at the local level, within compliance of state gaming laws, becomes a reality. When asked about latency and ways to hack the system, Weisbord responded that latency in the gig-per-second world is down to milliseconds, so it would be possible to enable rules and parameters as to when a bet has to be placed to provide the necessary protections.

Finally, Weisbord said he believes we are nearing the end of the ratings-as-currency model for TV overall and are headed straight to the digital model of impression-based selling. "I'm waiting for the holding companies to announce that they are ready to go to that currency," he said. "It will be audience and data that will be bought, and we're ready to go."

From an industry that has been built on GRPs for decades, that's called progress.