CBS’s “The Unicorn” Is a Smart, Sexy, Sweet Surprise 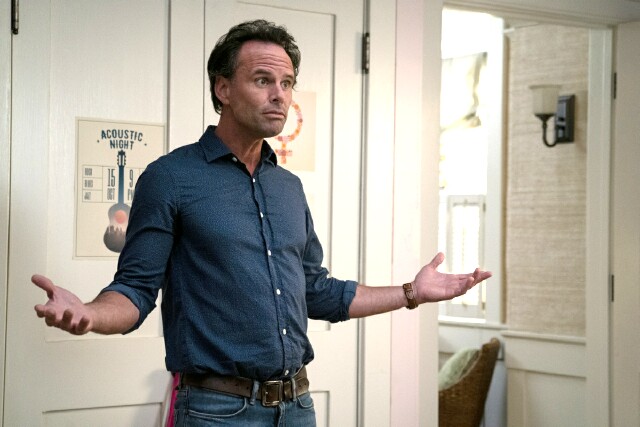 My reaction to CBS’s The Unicorn is probably the best justification I can think of for the phrase “don’t judge a book by its cover.”  What initially seemed to me like a show about some random middle-aged white dude probably dating and what not actually turned out to be a show about some random middle-aged single father/widower with hilarious daughters and married friends who are way too invested in how he dates and what not. See?  The devil’s in the details, and these deets make this special show a unicorn all its own.

Walton Goggins (pictured at top) stars as Wade Felton, the unicorn of the title.  He’s an extremely likeable guy who with his daughters Grace and Natalie (Ruby Jay and Mackenzie Moss) is still reeling from the loss of his wife and their mother a year prior.  None of that sounds super-fun, I know, but that’s the kicker: somehow it is. Apparently, if you’re a loving father and loyal husband of twenty years who happens to have the misfortune of losing your wife, you are now a walking collection of all the most attractive traits that women your age happen to be into.  This makes you super rare, like a unicorn, mostly because all the other single guys in your demographic are probably single for good reason, or not really single at all.

A spouse dying isn’t usually the most upbeat of premises for a sitcom, but it’s definitely a common one.  Danny Tanner’s wife bought the farm prior to Full House starting, and I’m pretty sure Mike Brady's first wife and Carol Brady’s previous husband kicked the bucket before that pilot aired (50 years ago!), just to name a couple.  (My editor told me The Courtship of Eddie’s Father belongs on this list, but like The Brady Bunch it was way before my time, so I’ll have to take his word for it.)  The point is, this trope isn’t new, but it’s also usually not the central idea of an entire comedy, at least not in a way that feels fresh.  The premise alone almost feels like its inherently destined for either a multi-camera production with a live studio audience or an hour-long drama. Thankfully, The Unicorn is neither. 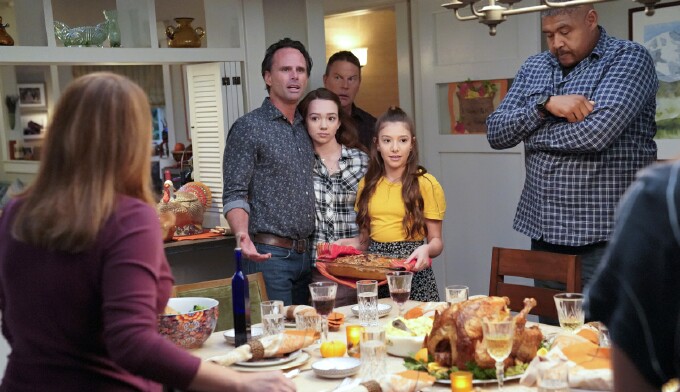 Format aside, the reason any of this works at all is the cast.  That’s not to say anything bad about the writing, which is legitimately great, but Goggins is sublime.  (This guy is one of the most versatile actors out there, by the way, and if you don’t believe it, go binge all of The Shield and and Justified and the later seasons of Sons of Anarchyand get back to me.)  He absolutely brings Wade to life as the polite, positive and responsible good guy that we only ever want to feel good feelings about, and believe me, it goes miles.

I can say the same about his young co-stars.  This is one of the few times that I didn’t hate the rude ass children of a fictional single parent.  Like, I love FX’s Better Things, but Pamela Adlon’s daughters on that show basically live in what some would consider “butt whupping territory.”  Here, though, Grace and Natalie are genuinely fun to have around.  One is more emotionally mature than the other, while the other one is sassy but in a hilarious way, rather than an enraging one.  Together they hit just the right balance of “untypically witty for their age” and “appropriately naïve.”  Just in time for the holidays, their relationship with their dad made my heart grow three sizes larger (like the Grinch’s ticker after he crosses paths with adorable Cindy Lou Who).

There is something to be said about how the heavier aspects of the show are handled.  I mean, Wade did lose his wife.  He’s got to look at his daughters every day, who probably look just like their mother, and he has to figure out how to live this life they started without her.  It’s a situation that over 13 million people are dealing with, and that’s just in the U.S., but for those who haven’t been so unlucky it’s impossible to truly know how that feels.  The Unicorn basically says as much through some of its characters in the third episode, and then addresses it in the same fashion. Wade even says, “I am so tired of people saying, ‘I know how you feel.’  No, you don’t.”

The real clincher for me cast-wise is the group of actors who play Wade’s friends and the effect that they have on the show.  In some ways they basically are the show.  Wade and his girls are great, but Ben (Omar Benson Miller) and his wife Michelle (Maya Lynne Robinson), and Forrest (Rob Cordry) and his wife Delia (Michaela Watkins), are the backbone in this body.  They have nothing but love for Wade, and even though they’re all stable adults with real jobs, and kids, and responsibilities, they nevertheless exude hints of the same wackiness as the friends from shows like Happy Endings and New Girl(andFriends,obviously).

His friends being married with children, but Wade now being single again, allows The Unicorn to have a newly-single-but-dating-again/married-but-still-in-love/raising-kids-is-crazy trifecta of a dynamic, and with their antics and comedic chemistry, it all works.  Imagine a PG-13 version of the movie Sex Tape(which coincidentally also starred Rob Cordry).  I don’t want to oversimplify, but that’s pretty much what we’re getting here, and it’s perfect, and I didn’t know I needed it so much.

In one scene, Wade shares some sex-related stuff he heard in a grief support group with his friends Forrest and Ben.  In the next, it’s the following morning and upon seeing Ben, Michelle says, “What you tried last night … don’t you ever try that again.”

She stares, then asks, “And how would you know that?”

Then we cut to Delia and Forrest.  Delia says alluringly, “Where did you learn that thing you did last night?”

I don’t know why, but I love this scene.  Maybe it was Delia’s legitimately impressed reaction to Forrest’s little white lie, or the joy and confidence that implication probably brought him.  Maybe it was its possible commentary on cultural differences in the marital bedroom.  Maybe it was just funny.  Again, I don’t know.

But that’s what this sweet sitcom is all about.  All I know is, The Unicorn may be the last of a rare breed indeed.

The Unicorn is telecast Thursdays at 8:30 p.m. on CBS.