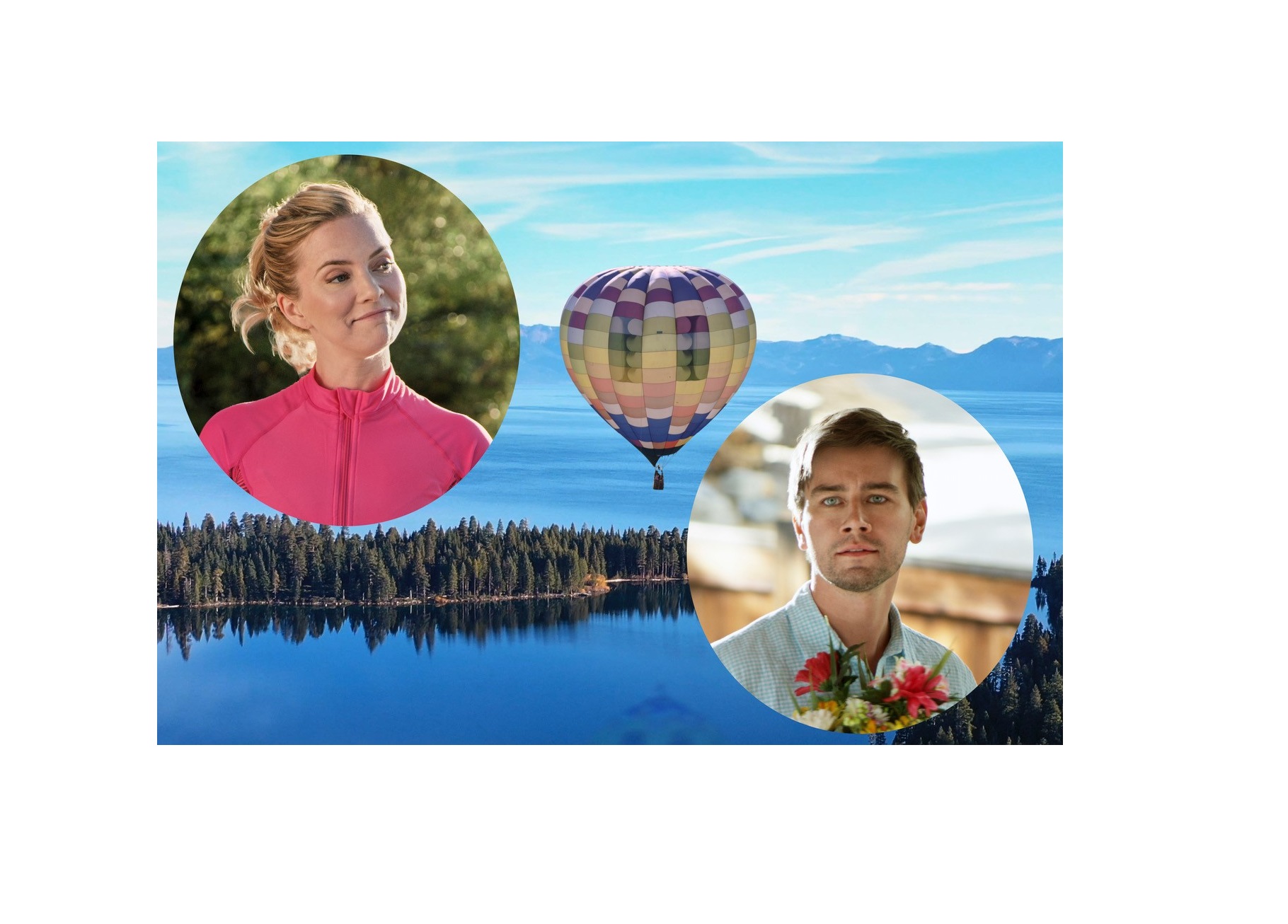 Romance in the Air is telecast Saturday, August 1, at 9 p.m. on Hallmark Channel. Casting Hallmark Channel favorites Cindy Busby and Torrance Coombs (both pictured above and below) as childhood friends rediscovering love as adults in Romance in the Air was a good move by the network, as these two are actually old friends and former co-stars. Busby, who in recent years has become a Hallmark staple, and Coombs (last seen in 2018's Royally Ever After), had previously worked together on the Canadian series Heartland, so when Busby shared the news of their reunion on social media, the buzz started. "I shared the trailer and people were like 'Oh my gosh, Ashley Stanton and Chase Powers are together again -- it's so exciting!'", beamed Busby in an exclusive MediaVillage interview. "I think people get attached to certain characters and that show definitely has a cult following, so when they see you together later on in something else, they get excited to support the project which makes it even more special.

"It was amazing to hear that Torrance was cast as I've always loved reconnecting with people I've worked with," she added. "And especially those I really enjoyed working with and got along so well with. To think that we worked together like 10 years ago, it seems like another lifetime. But we saw each other on occasion and kept in touch via social media, so seeing each other again was just like old times."

A sentiment echoed by Coombs while chatting exclusively for the project, his second for Hallmark Channel. "I was so excited to find out Cindy had been cast because we'd worked together," he enthused. "We spent a lot of time in Calgary, shooting Heartland several years ago, so there was an easy rapport stepping into it. We were super comfortable with one another right away having that history. She's an awesome person, easy-going and fun to work with, and we really leaned on each other. We both came up in the Canadian acting scene and appeared [on many] shows shot up there, but the only one we actually crossed paths on was Heartland. Sometimes you meet someone and there is instant chemistry, and as an actor it's nice when it happens because it makes the job easy." 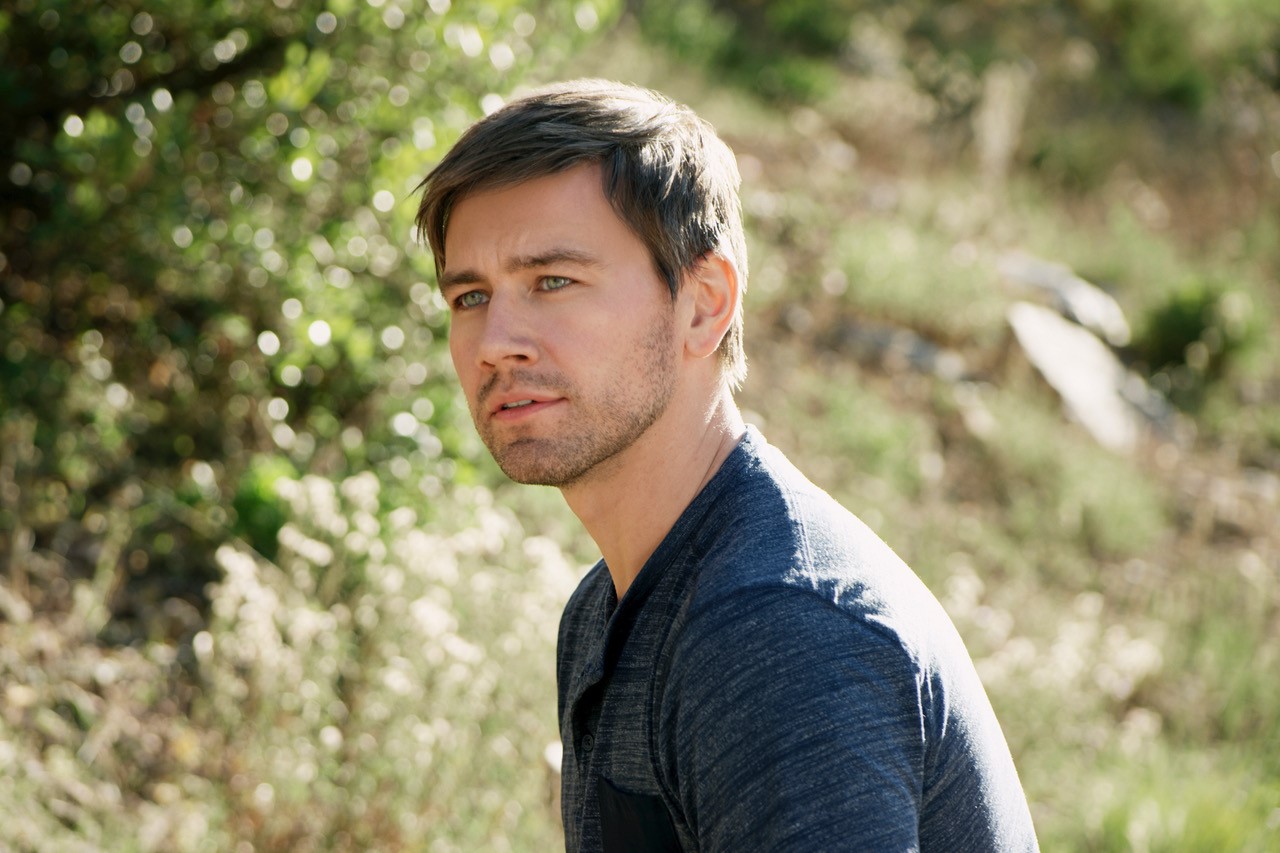 Romance in the Air sees Busby as Eden, an advertising executive returning to Lake Tahoe, an annual family destination and one she spent many summers growing up. While there, she encounters Riley (Coombs), a friend and past teenage flame, who never left the idyllic location. As they reconnect, Eden discovers her past might actually be a better future, but it's one that comes with change.

"I never feel quite ready for change but in hindsight, it's like, that wasn't that bad," said Busby of the film's theme. "Change is [often] scary because we never know what's around the corner, but it is about having faith and surrendering. I've gone through a lot of life changes, with career, and moving far away from home twice. So any life experience I tend to bring to my work because it makes it relatable. I like stories that explore difficult changes and decisions. Sometimes we're so scared to hurt others along the way that we end up hurting ourselves. So change is a positive thing, you can't grow from it if you don't take that chance."

"We all have these big hopes and dreams and some of us go and pursue them while others stay put," added Coombs. "But whatever decision we make, I think we always question if it was the right one and what our lives might have looked like had we gone the other way? Pursuing your dreams in different ways and then maybe realizing that dream wasn't what you needed for your soul. Sometimes going back to your roots reignites something in you and helps you figure it all out."

When shooting the film last October in Salt Lake City, UT, and Lake Tahoe, CA, neither star had any idea just how much that through-line would take on a whole new meaning in today's social climate and COVID-19 world. Still, both are happy to provide some escape and highlight there is still a wonderful world out there waiting to be experienced when it's safe. "[The Locations] were just so beautiful," admitted Coombs. "I certainly considered lockdown in Lake Tahoe and thought about friends that have lake houses or cabins. It's like society's not doing anything, so you may as well go be in nature and stay safe." 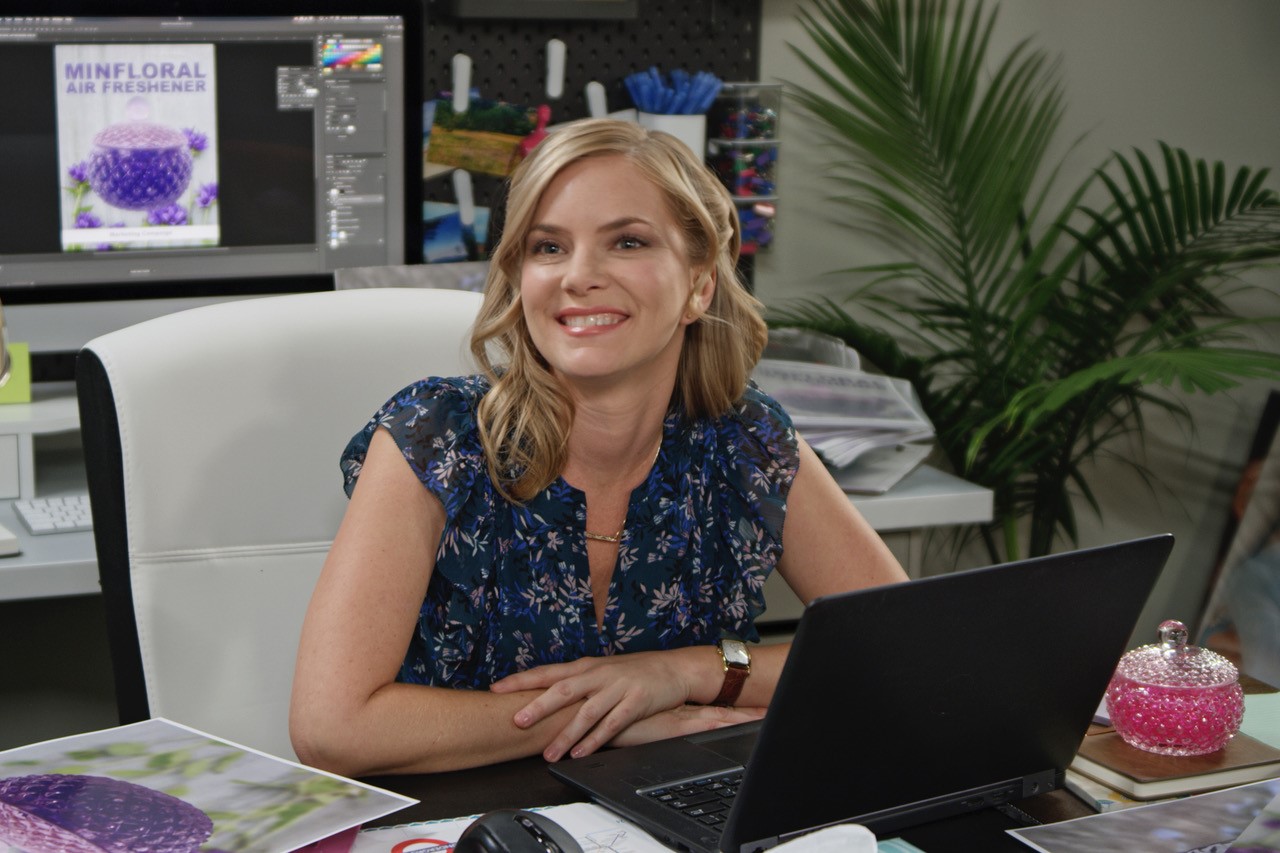 "Lake Tahoe is truly magical," added Busby. "The house we shot in was gorgeous, and the lake is like glacier water. It didn't look real. It's in California and I had no idea it was so close. I would certainly have quarantined in the house we shot in. Although, we were kind of freezing during filming, but if it looks great on camera, that's all that matters. It really is a nice reminder of the beautiful world out there.

"I do feel incredibly grateful that I was able to do some movies before everything happened," she added. "Having premieres right now is such a blessing. The arts have always been connected to feeling good in times of struggle, and I think that's where Hallmark has always been such a positive influence in people's lives and homes, probably more now than ever."

"I think it's a nice pallet cleanse to be able to play somebody with true intentions," offered Coombs about working with Hallmark, "The movies never have that 'mustache-twirling villain', it's usually people with different priorities and maybe a different point of view. But everyone's understandable in their actions, and you can basically sleep at night knowing you haven't killed anyone that day and they are lovely projects to work on."