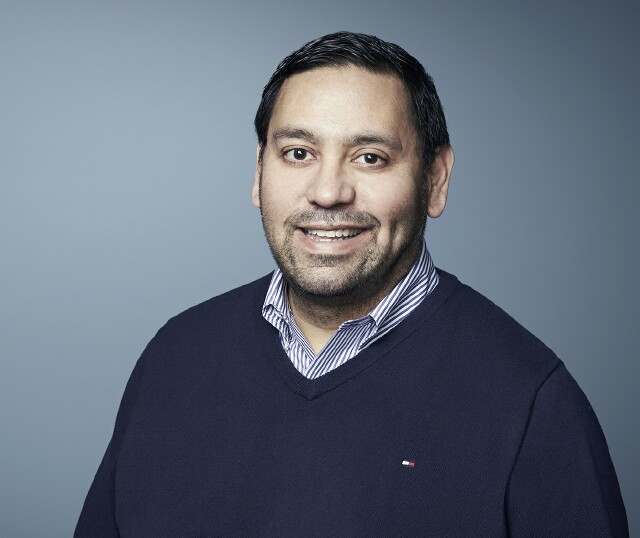 Ramon Escobar and I reconnected at the Multicultural TV Summit 2018 almost two decades after we worked together at MSNBC.  I immediately realized how prescient his advocacy for diversity and inclusion was back in the day.  Escobar’s commitment to advancing diversity in front of and behind the camera has been steadfast, and today he wears many hats at CNN Worldwide including Vice President Talent Recruitment and Development and Vice President, Diversity and Inclusion.  In a recent conversation, he explained how the company has made diversity and inclusion core values and drivers by which every employee is measured.

Holden:  What is the biggest challenge youface in your role?

Escobar: While Jeff Zucker, President of CNN, has made diversity and inclusion a core value of the company, my biggest challenge is getting people to understand that diversity is everybody’s issue.  This is not about an “in” and an “out” group.  At CNN, everyone needs to participate and make it part of their job.  Diversity is a fact.  Inclusion is a choice.  Inclusion is the more important component as it is the action that unlocks the massive power of diversity.

Holden:  What was your path to this position?

Escobar:  My path is not traditional.  I have always been a content creator and curator, as a journalist, newscast producer, executive producer, local news director or head of the entertainment division at Telemundo.  Recruiting, coaching and mentoring diverse talent was always part of my role and my passion and over time I have become recognized for it.  From my days at MSNBC when I brought in Lester Holt, Natalie Morales and developed Ashleigh Banfield, I have always sought to build an organization that has diversity and inclusion at the core.

Holden:  How do you recruit talent?

Escobar:  We are a talent intelligence organization and this philosophy informs everything we do.  Much like the New York Mets, we scout talent; the Mets don’t wait for players to come to them, they go down to the Dominican Republic to try to find the 16-year old player who can throw the ball 100 miles an hour.  They identify talent often before they even know that they are a talent.  Similarly, we have an intelligence operation that goes into the world to develop long term relationships so when an opportunity arises we have the fit.  We also train our staff and go to events to host day-long workshops on storytelling, performance, enterprise reporting, ethics and more for a diverse array of organizations.  Spending time with people, doing what they do, has really paid off for us.

Holden:  At theMulticultural TV Summit 2018you said, “You need to look like America if you want to cover America.”  How do you ensure this happens?

Escobar:  Storytelling.  Diversity makes storytelling better.  The journalism is richer and more interesting.  We don’t embrace diversity for the optics; we do so, as it makes for better editorial. The wrong way to approach diversity is to make every story reflect a rainbow -- people will react to tokenism and that’s where you’ll see backlash.  Just like we scout talent, we seek on-air experts and vet them prior to needing them for a story.  This way we have an inclusive pool of qualified experts to tap into for breaking news.

Holden:  How do you think that our growing Gen Z and Millennial multicultural population will impact the mid-term elections?

Escobar:  There is a moment going on right now and the question is whether this is a moment or a movement.  Parkland and DACA have documented the potential power of the younger American.  CNN’s Town Hall in Broward County was prompted by Gen Z and Millennial voices.  With voter registrations on the rise, the mid-terms could be impacted in a way that we haven’t seen in our generation.  The question is whether these young adults will transition from protesting to voting.

Holden:  What is the role of a news organization in the era of user-generated content, “fake news” and prolific social media?

Escobar:  Reporting the truth is doing our job.  In this era of unverified stories and “fake news” -- the value of CNN is measured by the level of trust that audiences place in us.  The biggest compliment we can receive is when people tell us that they turn to CNN for the truth.

Holden:  What does diversity mean to you personally?

Escobar:  It always takes me back to my mom, who is my first and most important mentor.  She was an immigrant who adopted America.  Her lesson is that to be diverse is a gift.  She explained that sometimes people will react to difference with anger because they don’t know any better. But she told me that I had the option to react in an angry way or take a moment to teach and share my gift by becoming a bridge.  This prepared me for school, my job and my life.

Escobar:  My message to everyone who reads MediaVillage is that diversity and inclusion is great business.  If you’re not engaged in making this a core value and part of what you do every day, you’ll be leaving business on the table.