Collaborator, Connector and Uniter: The Roles Gen Z Expects Your Brand to Play 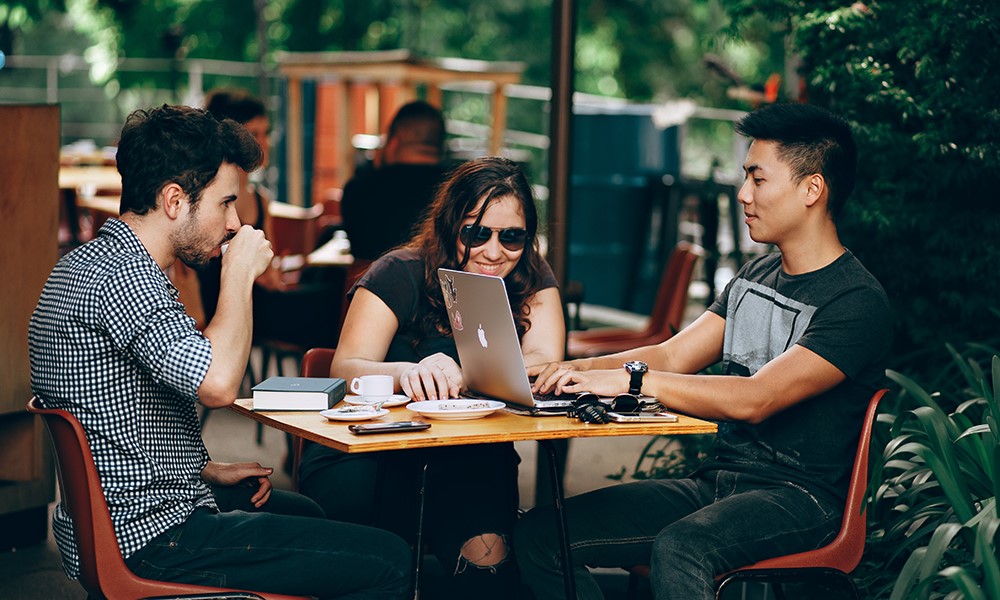 Despite remaining systemic hurdles, unprecedented media representation and access to technology are shifting the notion of power for Gen Z: This cohort is rethinking the value of centralized ideas that benefit the few; instead, embracing a more collaborative notion that empower collectives.

For brands, this represents a golden opportunity to transition from stated purpose to impactful action by connecting with the marketing-savviest generation yet. One way to do this is by embracing one or more of the nine key roles they appreciate or even expect brands to play in their lives today. Viacom Velocity's Power in Progress, a new global study recently presented at Viacom Ad Solutions' ReThink forum in New York City, describes these roles in detail. Here's an overview:

1. Collaborator Brand: Gen Z is empowered at a younger age with more opportunity to harness power than previous generations. As a result, 61 percent believe they can create positive change. In this scenario, collaborator brands harness the power of consumers and give them equity in decision-making related to brand initiatives. Just take a look at Getty Images and Dove's "Girl Gaze" campaign, in which they shatter stereotypes and introduce diverse concepts of beauty to the media and advertising landscape.

2. Builder Brand: This generation sees their access to power differently because of the tools, representation, and new role models they witness changing the landscape. Rising student debt and global economic and political turmoil motivate them to hustle and seek out opportunity (73 percent say they'll seek more education and learning opportunities). Enter the builder brand, which provides skills and opportunities that contribute to a growing sense of agency and control. MTV's program Breaks is doing just that through concept-based marketing.

3. Cheerleader Brand: Younger consumers feel a sense of empowerment that allows them to instantly tap into the networked power of the collective. A cheerleader brand supports and encourages those who would benefit from a boost — as exemplified by the Adidas "Now Is Her Time" campaign, which champions female empowerment across the globe.

4. Connector Brand: As media becomes more fragmented and peer-to-peer, Gen Z's sense of empowerment comes from the attention earned by using social channels in new and different ways. In fact, 62 percent say social media gives them a voice on issues that are important to them. Power is now fluid, so the job of a connector brand is to bring people together who share the same values or mission to magnify their power. Case in point: Instagram's Kindness Prom, during which teen influencers came together to promote positive change.

5. Amplifier Brand: The crowd now has the power to alter the dominant discourse and control the cultural narrative by launching leader-full movements that signal-boost underrepresented voices. In this context, amplifier brands join their younger consumers by using their platforms to support social issues that authentically align with their values. A brilliant example of this is the "This Coke is a Fanta" campaign in Brazil. The campaign takes a common insult used again LGBTQ individuals and turns it into an empowering message.

6. Uniter brand: Power is now exerted in surges and these swells of collective energy give rise to "cancel culture," a dynamic in which an audience seeks "justice" for a person or brand's (perceived or real) missteps. This is an excellent opportunity for uniter brands to provide a space that drives a culture of conversation around harmonizing differences. TV2 Denmark's campaign "All That We Share," did it beautifully by making a stand against "[narrowly] targeted and segmented content."

7. Activist Brand: For Gen Z, former disruptors such as Google, Amazon, and Facebook are now too big and powerful. Younger consumers are shifting from traditional institutions in real time, as groundswell efforts and new forms of action gain momentum. Activist brands take demonstrable action to show their stance on social and political issues, such as Patagonia's stand on the Trump Administration's environmental policies.

8. Adaptor Brand: Globally, we are in the middle of a change of guard, as millennials take seats of institutional power and bring with them new views and value systems. Adaptor brands adapt to these new value models based on changing cultural and political dynamics — such as when Mastercard launched its "True Name" campaign during Pride Month, which will eventually allow individuals to have their chosen name listed on their cards.

9. Evolver brands: Gen Z values transparency and can spot brands that take action over rhetoric (and, most important, those that don't). Increasingly, brands are becoming levers of power for the change young people want to see by being responsive to their consumer base. Gen Z has an affinity for those brands willing and able to evolve authentically and, in reaction to crowd surges, take action expediently to address an issue. Walmart's evolving stance on gun sales is one recent example.