By Philip McKenzie October 22, 2019 On Influence and Influencers Archives 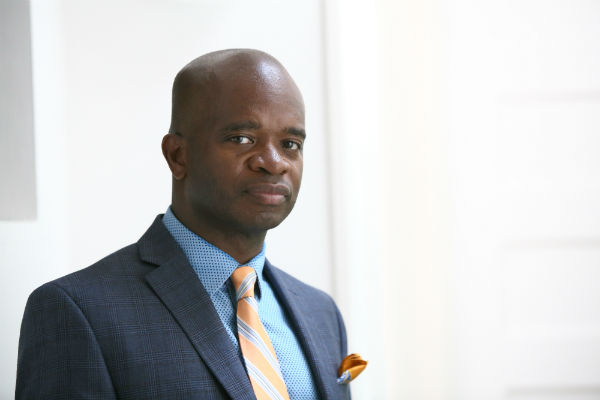 Comic books are no longer exclusive to a geek subculture.  They are the driving force behind multibillion-dollar franchises across media and gaming.  Joseph P. Illidge, editorial director for A Wave Blue World, has been at the forefront of the comic book industry, all while championing diverse content and creators. In our recent conversation, we discuss the power of the heroic journey, storytelling, and the need for diversity and inclusion across the industry.

Philip McKenzie:  You’ve had a wide range of experiences across the comic book industry. Was there a moment when the idea of diversity in storytelling became of central importance to you?

Joseph P. Illidge:  My tenure at Milestone Media put diversity of storytelling into focus for me. It was one thing to see a diverse comic book on the newsstand, but it was another thing to work in the offices of a comic book company that was run by four black men.  It showed me that this type of career was possible, and it wasn't a fantasy.

Additionally, it expanded my perspective … It showed that the opportunities in comic books were diverse from all angles. It was multicultural, multigenerational, and, as far as I could tell, really some of the first waves of characters were representing the LGBTQ community.  It was groundbreaking and I came to understand the importance of pushing diverse narratives.

McKenzie:  It sounds like the environment was a melting pot of ideas and influences?

Illidge:  In those years [early/ mid-1990s] there was so much going on in the culture broadly.  Media was becoming more expressive and mixed, and the entire paradigm of what was possible was shifting.  The heads of Milestone knew everyone and people like Quincy Jones and David Saltzman of QDE entertainment, and countless musicians and artists were in the office.  There was incredible creative energy that we harnessed to push boundaries.

McKenzie:  Being a "nerd" is cool now ... but African Americans and other people of color have had a different experience in the transition [of] nerd culture being cool.  What has contributed to that shift?

Illidge:  It's hard to point to a single event, but I do believe at least one watershed moment has to be the release of the first Blade feature film, starring Wesley Snipes.  If you talk about the advent of superheroes in cinema and start with the 2008 Iron Man film, that would be absolutely historically inaccurate.  You have to begin with Blade.  Snipes took a comic book character and treated the material seriously and, in turn, made that material appeal to a broad audience.

It was a black male lead superhero film that also had elements of a superhero horror film.  It represented a union point of two genres.  I would also add the Milestone Media–led animated series, Static Shock.  A 16-year-old black male lead with superpowers.  So, for a whole generation of young black people, their entry point into this world doesn't look like Superman, Batman or Spider-Man.  Instead, the characters look like them and I think that is reflective down the road in purchasing power and fan interest and participation.

McKenzie:  It's evident that comic/superhero-inspired intellectual property is one significant driver of content, if not the most significant. What is it about these stories that have made their ascent possible?

Illidge:  The overarching reason is the emphasis on the heroic journey.  [Throughout] our lives, we want to believe we have a purpose.  Sometimes we're going to get knocked down, but we hope that we can rise up and that when we get to the end of it, what we will have accomplished will be extraordinary.  The superhero mythology translates that idea on a grander scale than any other comparable mythology.  These characters have flaws; they go from people who were selfish to selfless.  As a global audience, we are part of that journey.

McKenzie:  Obviously, the technology — i.e., the ability to actualize complex visions on screen — has been essential.  But how does that compare to the need to tell quality stories?

Illidge:  It all comes down to the script.  When I was in the School for Visual Arts, a professor told [our] class that a proper painting technique over a bad drawing would not result in a good piece of art.  The nucleus has to be good.  Everything that you put on top of the core, every process, every piece of technology, has to be in service of the story.

Starting with a compelling story is critical, and then the technology should amplify that.  The chosen medium matters as much as the technology.  If you look at the Marvel Cinematic Universe (MCU) versus DC Entertainment, the MCU is primarily centered on films.  The DC Universe has achieved its most comprehensive vision through television.  That tells you a bit about their respective cultures and [where] their storytelling perspective is best actualized.

McKenzie:  Even with the growth of diverse stories and creator voices, there is still a vocal minority in comic book culture that is hostile to these changes.  Why do you think that is?

Illidge:  That … vocal minority is angry at the world because the world is changing.  You can't hit the world.  The world is too big.  It's an abstract concept.  Instead, you lash out and attack people on Twitter.  You harass women, queer people, disabled people and, unfortunately, with social media you can do it without consequences because you have total anonymity.  These people are against the inclusion of other voices in society as a whole.  They are afraid of the world that is coming, so they fight back through microaggressions in geek spaces.  That's what it comes down to.

McKenzie:  Tell me about A Wave Blue World and your content model.

Illidge:  A Wave Blue World is a privately owned publisher focused on graphic novels, art books and anthology books.  It was created in 2005 by Tyler and Wendy Chin-Tanner.  It started as a passion project that [brought] their humanitarian, philanthropy and business interests together under one umbrella.  Their ethos has always been about bringing people together from different backgrounds and voices.  The opportunity is to tell stories that incorporate the element of hope.

That journey of what our collective future will look like and how we will get there is central to the brand.  It's a small company; we deal with creator-owned comic books and intellectual properties.  So, that allows for a more intimate type of collaboration with the various projects.  It is different from dealing with the intellectual property of a large media concern because we have no set rules.  That gives us tremendous leeway to work as collaborators without being tied to the status quo of media expectations.

McKenzie:  Looking out at the future, do you think we've reached peak superhero storytelling?

Illidge:  I think the future in the superhero genre is limitless because it all depends on the quality of the story.  No one is wondering whether we have had enough medical drama, legal, romance, slice of life, or any other types of content, so why should superhero stories be any different?  If anything, with new streaming services like Disney+, AppleTV+ and others, there is going to be more competition for quality stories.

If we can maintain the quality, then there is little cause for concern.  A necessary business strategy is to have a model, pick a lane and stick to it.  I think the media companies out here competing are savvy and know how to manage their intellectual property.  A more significant commitment to diverse stories and creators will only create more opportunities.  These are exciting times in which we are living.