By Bill Harvey November 17, 2020 In Terms of ROI Archives 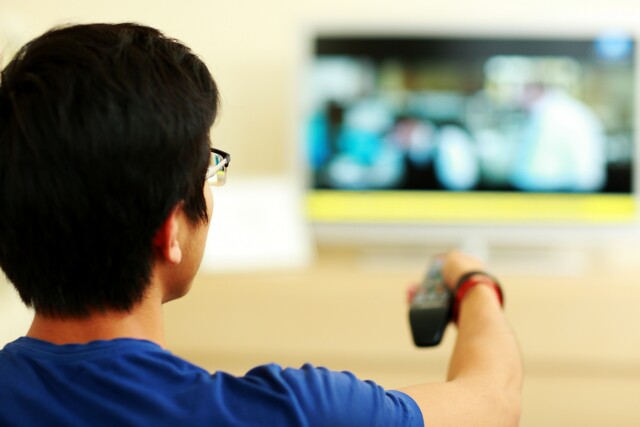 Having been recognized for its ROI superiority, Premium OTT/CTV has become the hot media type. By Premium OTT we mean network grade streaming content.

When you ask advertisers and agencies about it, they are all enthusiastic but mention one complaint: The inability to select their programs. Networks have been working on that and now Crackle (owned by Chicken Soup for the Soul and Sony), which specializes in quality all-family programming and brand-purpose advertising, has made program buying open to all. We're sure that the change will ripple through the industry as more and more streaming networks follow suit.

George Castrissiades, Executive Director, Advanced Products and Partnerships at Crackle, made the announcement during an Advertising Research Foundation (ARF) special webinar for ARF Members on November 9, 2020.

Reset Digital had collaborated with Crackle by analyzing one major client ad using RMT DriverTagsTM. The analysis enabled them to find three Crackle programs with the greatest psychological resonance with the client ad. At the ARF event, Reset's Charles Cantu showed his Neuroprogrammatic system powered by DriverTagsTM, which forecast a doubling in sales lift if the ad were placed in the top 20 programs in resonance, instead of using the top 20 networks on random programs within each network.

The client spoke to the power of emotional context resonance. "We were an early user, and we've seen it lifts both branding and sales effects. We continue to use it and have recommended it all the way to the top." The client showed the path he had taken from best of breed lookalike modeling, to addressable TV, to what he described as the final level, emotional context resonance.

Limited to just selection by networks, you can get double-digit lifts, but they double again when you can do it by program.

We recommend to our clients that they increase their allocation to Premium OTT because of its higher ROI. But it's also a terrific research and testing tool! Programmatic (the way Reset Digital did it for my sci-fi novel) can provide new insights daily, turn on a dime, make things better, much faster than the old learning cycles. Not a replacement for anything but a fabulous addition to the research arsenal.

Programmatic Premium OTT could become a larger category than non-premium digital video by continuing to prove and improve itself campaign after campaign. Right now, the money weights on the non-premium side.

In Premium OTT, targeting is fully addressable to households, which makes the optimization of proper target crucially important.

Which is the proper target?

Your choice depends on the timeframe of your intention. If you're looking long-term the target should be one that will continually expand the brand franchise while solidifying the base.

"Continually" means "more line extensions." That's good, because it gets closer to personalization.

If you want/need short-term performance, at least temporarily, we recommend occasional purchasers plus targeting people based on how well their personalities synch with the ads you are using.

"Occasionals" (at TRA we called them Heavy Swing Purchasers) are the ones whose behaviors are changed the most by the light tap of an ad (not as strong as a friend's endorsement). They have already accepted the brand into their portfolio so it's easy to influence the next purchase event.

The targeting of people based on their motivations is in its infancy. Until very recently, we had no clue as to the motivations of individual Americans, now we have that information (deidentified but deterministically matchable for message delivery) on 276 million Americans.

In the first trial reported at the largest ARF virtual conference of the year in September, 2020, the technique more than quintupled the rate of clicking through to the Amazon Kindle page.

Combining the latest learnings at the media/marketing science front, leveraging contexts and motivations along with powerhouse Premium OTT would seem to be a most promising direction for dialing up a notch.

(Full disclosure: Bill Harvey is the inventor of DriverTagsTM)