Cross-Media Measurement: Whose Interest is Served? 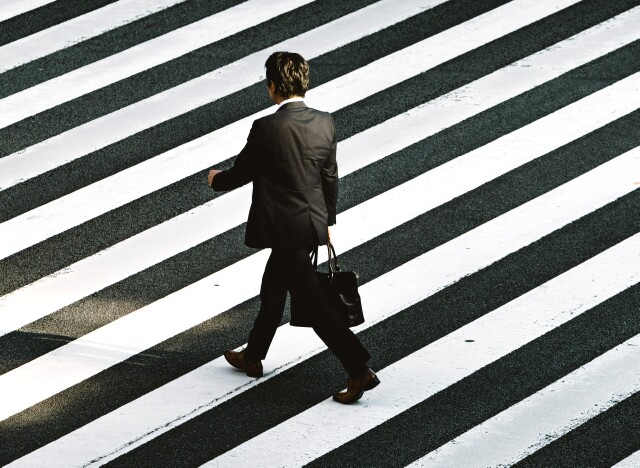 In the last few days, egta, the European Association of TV and Radio Sales Houses, published a comprehensive report into advances in hybrid television audience measurement. I don’t pretend to have read it – it runs to 104 pages and is really a source document outlining the options available – but fortunately I know a man who has assured me it is both comprehensive and useful.

I don’t doubt it. Trade bodies hire smart people, and those smart people have access to legions of other smart people. In this particular case, egta lists 29 contributors from (unless I’ve mis-counted) 10 markets.

Of specific interest and relevance at the moment is Part 4, “which outlines recent examples of industry collaborations and initiatives which aim to raise the bar in cross-media / total video audience measurement.” This is the bit that acknowledges the work being undertaken at the moment by advertiser groups the WFA, ISBA and the ANA.

Egta rightly points out that they have been keen to collaborate in these initiatives, hosting their own mini conference in January this year attended by around 150 stakeholders.

I’m not sure which outputs from this event found their way into the WFA / ISBA / ANA work. I hear not many.

And right there, it seems to me, is the problem.

The advertiser groups have correctly identified the issue – the need for an accepted cross-media measurement system. They’ve issued a framework document for peer review, although quite how widely that particular net was cast seems questionable, and this global framework has been carried through to the U.S. and U.K. local associations.

So far, so grand.

But for this to work it needs a roadmap, and someone keeping their eyes very firmly fixed on the end goal.

At the moment, it appears that the people driving the car are Facebook, Google and the other major platforms.

They wrote the framework document. They are the ones devoting the time and the energy to the project.

It is right that they should be heavily involved of course, but I would question whether you really want a cross-media system designed by people whose interest is both limited (in the cross-media sense) and inherently biased.

The WFA, ISBA and (I bet) the ANA are stretched, and under-resourced. They’ve taken on a mammoth task.

So, when a couple of fairy godmothers appear waving resources, data and no doubt some commitment to cash it is extremely hard to turn them away.

He who pays the piper calls the tune. We all know it and we should beware.

Advertiser trade bodies were quite right to become involved in audience measurement. In so doing they have come across two well-known, highly visible barriers, one political, one technical. The politics (or rather the money) defines the technical journey.

How we measure audience impacts the reported size of the audience. Many have believed for decades that the larger the audience the greater the revenue.

Suggestions from vendor researchers that we could all (for example) learn a lot from how people read or view, or how the audience’s attention varies, were typically filed away in the nearest bin.

Apply any filter to anything and the gross number goes down. And the media buying and selling business only cared about gross numbers.

We know -- we have always known -- that people view TV programs differently, genre-to-genre, time-of-day to time-of-day.

We know that the social platforms deliver a service that many love – but in a transitory “give me what I need to know and move on” way.

We know that magazines are read with different degrees of intensity in different circumstances. That the placement impacts the engagement.

Every so often someone pops up with some research designed to keep the skeptics quiet. Meanwhile the selling of gross numbers continues merrily along.

Well, we seem eventually to be at least discussing moving away from the large stick that is unqualified gross numbers to some sort of shaped tool, or nuanced data. It’s only taken us 50-odd years, but hey …

The problem is that what’s good for one is bad for another. Live TV is losing audiences but it’s attracting advertisers because it works. It works because it engages viewers.

Facebook (and the rest) deliver massive audiences with unprecedented amounts of data attached. But they’re under-used for brand building because they don’t engage.

To be over-simple: Facebook and their like need to focus on how big; the broadcasters need to demonstrate how engaged.

The WFA, ISBA and the ANA must be careful. They need to keep their eyes on the prize and not be distracted by shiny solutions created by those with the resources to give the time to a system that benefits them above all.

There are a lot of smart people around. Many don’t work for Facebook or Google.

It would be wise for the advertiser bodies to engage with the likes of egta, and indeed others, more than they appear to have done to date.

That will take resources and money – but if advertisers are truly serious about driving the industry forward in a solution-neutral manner (as I believe they are) then they need to pay attention to establishing a broad-based financial solution that funds a multitude of opinions and experts over a considerable time.

One thing’s certain: Facebook and Google (etc.) will be expecting a return from their investment in outlining the cross-media measurement system of the future.