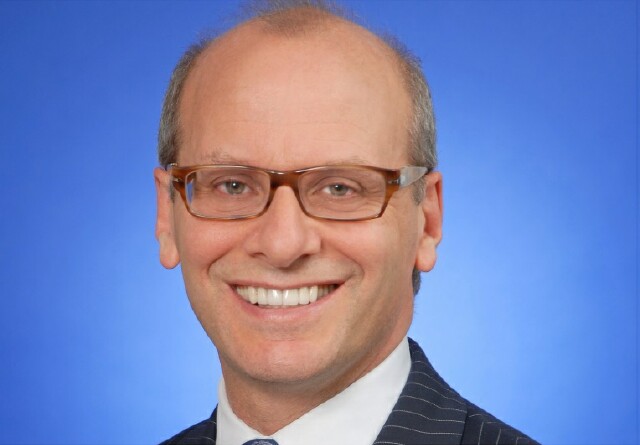 Jon Steinlauf had a bit of a challenge waiting for him when he took the reins as head of Discovery Inc.'s U.S. ad sales:  Figure out a sales strategy that could efficiently present and manage the company's new portfolio of 17 networks.  That strategy, and the structure to support it, is now in place.  For Upfront negotiations, Discovery rolled out its Premiere product, which allows advertisers to purchase time in the first position in commercial breaks in new episodes of hit shows.  Advertisers have taken a shine to the idea, Steinlauf recently told MediaVillage.  "The best news for all of the TV ad sales industry was that this was the third straight high single-digit change in the Upfront market in cable," Steinlauf said.  "Three years in a row the demand has been stable and steady amidst all the noise and all of the headwinds."

Steinlauf said that what we count as a "hit" on TV boils down to anything that can catch a 1.0 rating in any of the major demographic categories -- be that adults 18-49, men 18-34 or women 25-54.  Under this definition, Discovery Inc. has no shortage of hits on a wide array of networks, from TLC, OWN and  Investigation Discovery to the flagship networks Food Network, HGTV and Discovery.

Sunday nights are a particular point of pride for Steinlauf.  "On Sundays, we are to women what the NFL is to men," he said.  Across its networks on the last Sunday in September, Discovery Inc. shows delivered a collective 5.1 national rating among women 25-54.  In the third quarter, Discovery Inc. had the top three networks for the women 25-54 demographic: Investigation Discovery, TLC and HGTV.

So, the ratings points are there.  As for how Steinlauf plans on raking in gross ad sales (which includes digital) there's Premiere, yes, but also a new structure for the sales teams.  It divvies up 12 of the 17 networks into three groups of four, with each group led by one particularly large, strong network.  One group includes Discovery, Travel, Science and Motor Trend Network.  Another has HGTV, ID, Animal Planet and DIY Network.  Another is comprised of Food Network, TLC, OWN and Cooking Channel.  (The other five networks are lower priorities for the team.)

You can see the sense in most of these groupings, but the underlying theme for some is surprising.  While there is a lot of crossover between home ownership and pet ownership -- thus, HGTV and Animal Planet -- ID earns its place in that crowd by its expertise.  "HGTV is filled with experts about home design; ID is filled with experts like police, lawyers, judges and journalists, [and on] Animal Planet you have a lot of experts," Steinlauf explained.

Steinlauf himself chose which networks to fit into which bundles.  "It became something like the NFL draft," he said.  "I was thinking about it like a GM, making the picks for all three teams."

The key to Steinlauf's strategy is that word that perks up every marketer's ears: scale.  But not just brute-force scale, Steinlauf said -- scale within demo- and psychographics.  These themed network bundles include opportunities for clients [with] custom content to play across the bundle.  Oh, and digital exclusive content, too.

Discovery Inc.'s suite of apps tied to its channels, a la TLC GO and Discovery GO, are fast-growing, and the company has more than 20 originals that are exclusive to them, like 90 Day Fiancé: What Now?on TLC GO and To Catch a Killer on ID GO.  These are mostly short-form series that sit in the app's library alongside full series.  And the best part, for marketers, is that these apps aren't ad-free.

"Our fastest-growing ad business is on the GO apps," Steinlauf said.  "They're younger households; they tend to be more broadband-savvy."  To reward GO viewers, certain high-profile hits like Discovery's Gold Rush pre-premiere on the app.  Live TV ratings don't seem to be affected by this, and it's an entirely separate ad stream.  And thanks to the bundle structure, this scale can be handled by fewer sales people.

Steinlauf said he asked himself, and HR, a lot of questions, like, "What is the bandwidth of a sales person?"  It's not dissimilar from that of their buy-side counterparts, and so the benefit of such a structure is that everyone wins.  By gathering multiple networks into one group headed by one person, clients now only need one meeting.  "We've simplified the lives of our clients," Steinlauf revealed.  "They appreciate that."