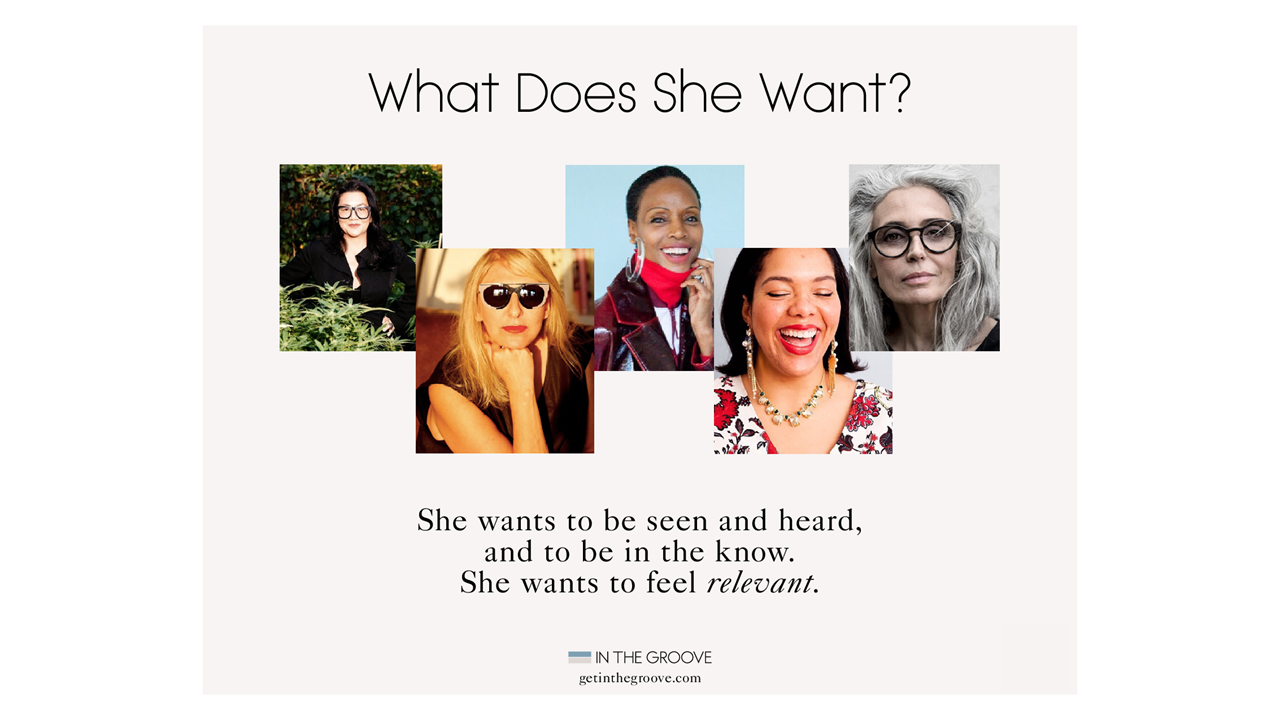 The business of advertising is all about creating perceptions – with advertisers spending $700 billion dollars globally positioning their brands as unique and as differentiating as possible so consumers feel compelled to buy. Perceptions however can also derail us if we are not constantly questioning them. One inaccurate perception that plagues the industry is the entrenched devaluation of the baby boomer segment and its perceived limited impact on brand growth and media relevance.

As argued during the recent Jack Myers Leadership Conversation Why Boomers are Booming as Media's Next Big Ad Spending Surge(link here to the on-demand video), it is only when the industry dismantles the siloed straight jacket of demographic over-classification that we will begin to capture the full impact on both financial (revenue and EBITA) and social outcomes that only true inclusion can deliver.

The 55+ demographic, typically ignored by media buyers even when Boomers+ are the dominant consumer target, has twelve times the net worth of the average millennial household, accordingly to Susan Feldman, founder of In the Groove, (www.getinthegroove.com) who spoke with Myers during his Leadership Conversation series about the motivations that led to the successful launch of her ecommerce site targeting the active 50+ female. Yet Madison Avenue and advertisers are besotted with Millennials and Gen Z, while research indicates that they have less disposable income and 52% in this cohort are now living at their parents' homes.

Feldman founded In the Groove after she successfully sold One Kings Lane to Bed Bath & Beyond in 2016 The site promises "A Lifestyle Destination for Age-Defying Women." In the Groove is a highly curated and personalized online shopping experience providing women with fashion recommendations from what stylish mask to wear to lifestyle topics covering the best in clean & green cookware (forget the Teflon!). 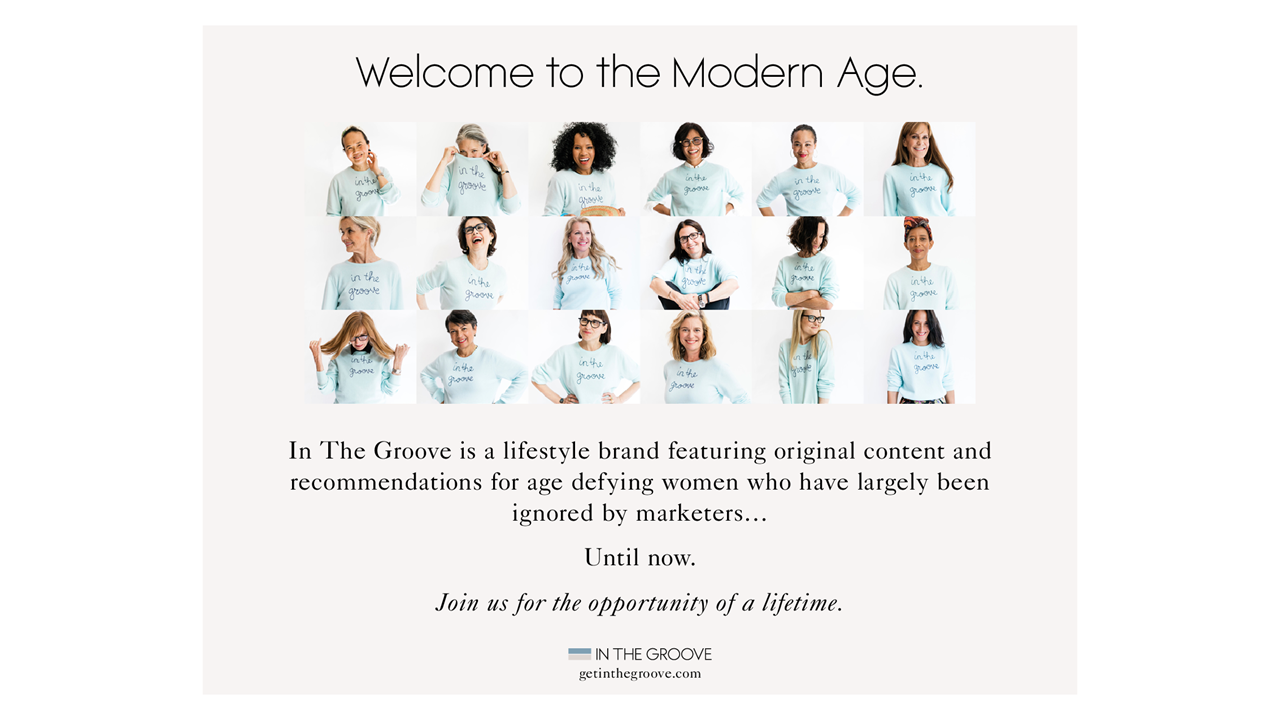 The Leadership Conversation also featured advertising creative legend Keith Reinhard and Boomer experts and best-selling authors Ken Dychtwald, and Peter Hubbell. The group emphasized the sheer size and might of the boomer audience, with around 103 million people over the age of 50 across the United States, 75 million being baby boomers and 28 million coming from the silent generation (ages ~75+). According to the U.S. Department of Labor, "by 2024, nearly 1 in 4 people in the labor force are projected to be age 55 or over."

There were a number of myths dispelled, making the case for marketers to move away from perception and media-buying bias to fact-based evidence that marketers who target them prove there's a lot more groove left in the average boomer's buoyant and eclectic life.

Almost 70% of the total net worth in the US is held by consumers aged 55+ (see graph below). In addition, statistics show that approximately 70% of all disposable income in the U.S. belongs to baby boomers, and they make up the largest segment of consumers. Unlike millennials, baby boomers are the wealthiest generation in history – and will remain that way until roughly 2030. 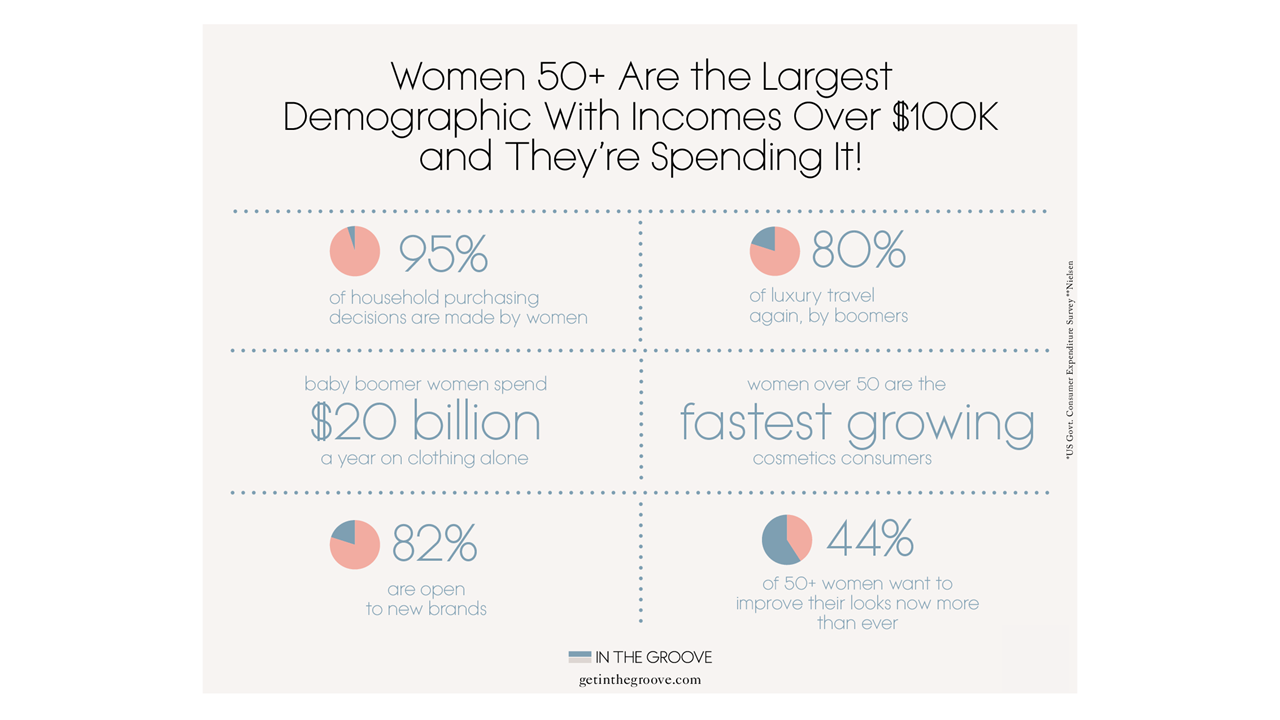 Boomer are embracing digital, with most smartphone owners aged 50 to 59 "using their phones to check email, get directions, browse the internet and see news, with more than half also using their smartphones to play games and make purchases", according to an AARP study.

Havas' 2018 Meaningful Brands study found significant uptick in the online presence of over-55 consumers, with 68% of them also buying online every month. This is supported by what Feldman has observed with her digital clientele.

The top three online activities for the older generations are: 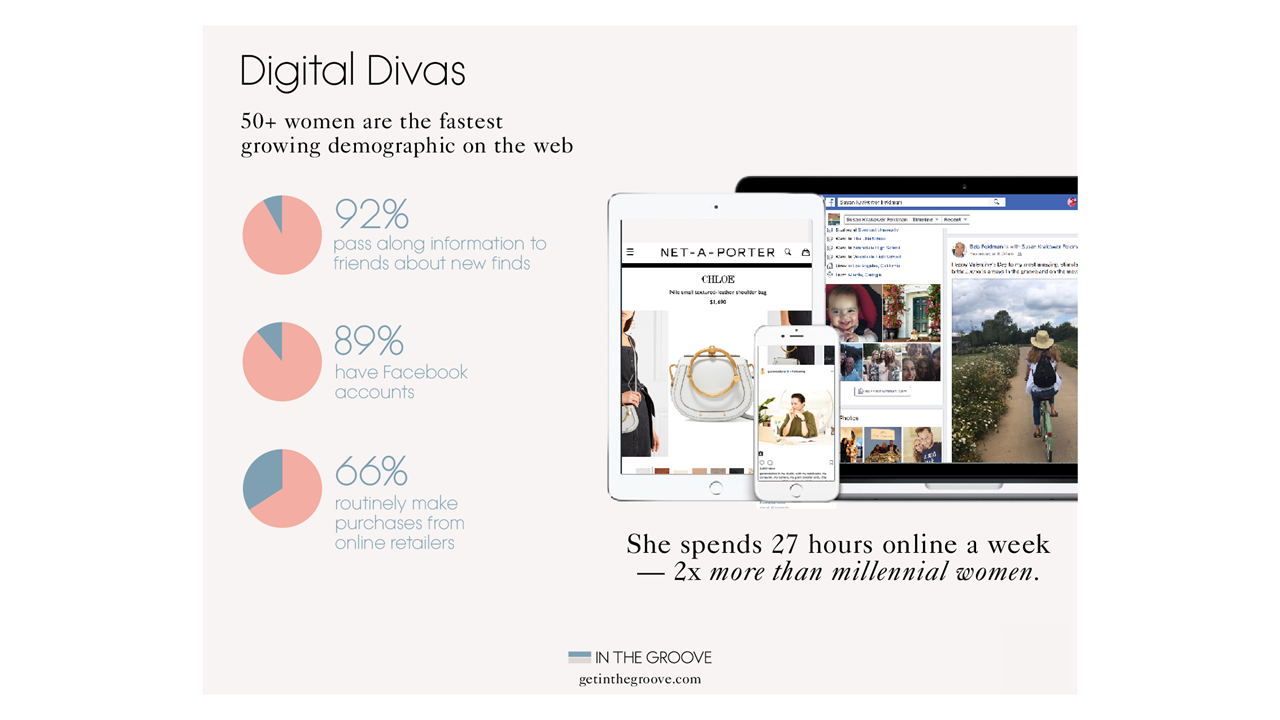 Fact #3: They are the decision-makers and big spenders

Boomers spend and they spend big in our consumer economy – in fact, they specifically spend more than the average customer in almost every category, making up more than 70.0% of the nation's disposable income, according to Nielsen and other sources as we stated earlier. Although some sectors, including financial services, luxury goods and pharmaceuticals, tend to recognize the importance of the older generation as a target audience, there is still room for significant improvement.

The numbers below tell the story convincingly, where we see over 40% of consumer purchases controlled by baby boomers across a number of sectors including women's apparel, personal care, groceries and over 50% for books and pharmaceuticals. In particular, older women are spending over two and a half times more compared to other demographics, according to Feldman. She reminds us "Women are the decision-makers in their household and importantly, they are open to trying new brands."

Given 55+ consumers are both the most loyal customers and have the most spending power, advertisers need to recognize that boomers are vital to brand growth.

The harsh reality is that they are not well targeted by many brands–only about 5.0% of U.S. advertising targets people over 50. Yet, they comprise over 75.0% of the wealth in the U.S., according to Havas Group. Boomers spend an average of $203 on each online purchase, far surpassing the average spend of their millennial counterparts. This underscores not only how engaged boomers are online, but also how serious they are about their purchases.

Fact #4: They are engaged brand switchers and not price conscious

According to Feldman and the customer learnings she has observed, her female boomer customers are willing to switch to new brands if they feel they will deliver a superior experience. If we look at the B2B segment and among business owners, one of the largest demographics is made up of baby boomers, who as a coveted demographic are often willing to switch brand allegiance and look beyond price as a purchase criteria. This same discerning attitude in evaluating products is what Feldman observes among the buyers at In the Groove where there is a level of calculated wisdom in the purchase decision that goes beyond the sale of the day.

Among shiny new startups, we are always going to see an obsessive frenzy towards youthful and hip consumers, but even these DTC or challenger brands need to be reminded to tap into the lucrative and easily accessible media users over 55 – as this segment may well be their ticket to gaining early advocates in their start-up growth trajectory.

The opportunity for the road ahead is to stop putting customers in silos and instead look at campaigns that integrate across generations and ensure they are grounded in the universal human principles of belonging and mutual respect. As the Fitbit and Subaru commercials showcased during the panel demonstrated, there are creative ways to be inclusive in the storytelling, be "age-nostic" and drive results for the full brand portfolio. "Creativity is not only the domain of the youth" as Peter Hubbell reminds us, but disruptive thinking means getting away from "tyranny of the OR" and focusing on the "genius of the AND" according to leadership expert Jim Collins.

Feldman highlights that twenty percent of In the Groove's Instagram followers are millennials and there is a keen hunger for intergenerational sharing and learning. At the end of the day it is about embracing diversity in the full sense of the word: racial, gender, age, disability, sexual orientation and any other basis of grouping individuals.