Early Indicators of Rebound and Other Recent Signals 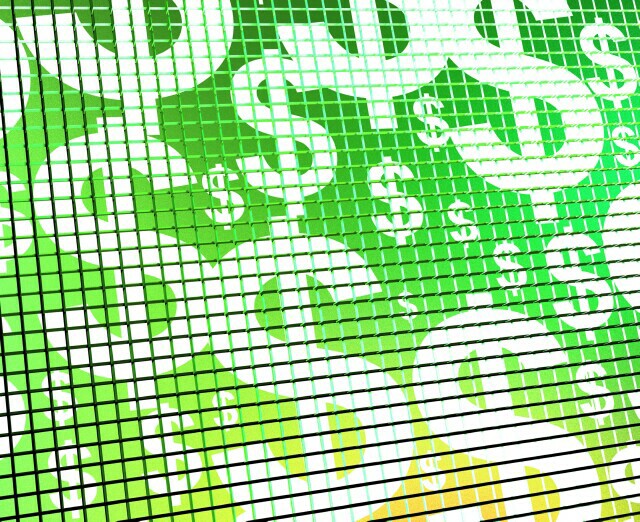 Jack Myers tells me that "Premium linear content and overall high demand are pushing CPMs for top networks to +15%. Overall spending is about the same as 2019. Buyers are preparing clients to accept more OTT and addressable inventory, and I understand NBCU, ViacomCBS, Disney, Discovery and WarnerMedia will all be pushing to activate within their own inventory across digital and linear channels. Money moving is from scatter to Upfront.

"Buyers are actively pushing back and looking at options outside of the mainstream -- more national unwired local inventory, more Cadent- and Simulmedia-like deals," Jack continues. "It’s going to be difficult for the standalones to get CPM increases at the same level of majors, but they will have CPM increases."

This tracks with my own observations and it's clear that premium OTT/CTV -- the species of digital that the major television networks and others sell, which is really television content -- is driving growth of all of television, as I've reported here before.

Innovidsaw a +60% increase in 2020 global CTV impressions delivered, while programmatic CTV went up by more than +200% YOY.

Because markets are coming back at differential rates, there should be strong local activity. A Bill Harvey Consulting analysis of Geopath data (available on request) shows that the rebound of mobility is very different by markets. For example, commuter miles are still at only 55% of their 2019 level in San Francisco as of ISO Week 11 of each year, whereas they are up to 2% over their 2019 level in Charleston West Virginia.

Another set of signals we are seeing among our Nielsen clients is a spate of recalled and reissued reports, unusually numerous. Also, Nielsen restated the way it models together its disparate data sets (passive measures and survey measures) resulting in a Q3 2020 picture quite different from the one Nielsen (and 605, Samba and others) had reported before, in which TV viewing was up as a result of the pandemic, while the new numbers go the other way, and are somewhat counter intuitive. 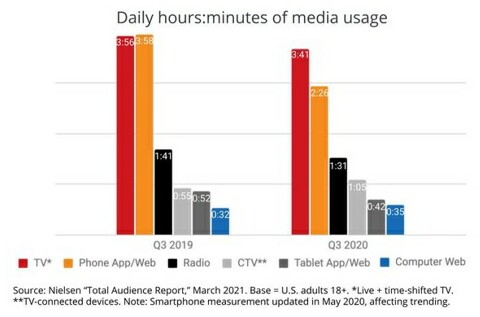 No one can appreciate how challenging a task Nielsen faces moving from a relatively simple medium to a world of complexity in a relatively short time. Their ambitious and wise goals for Nielsen One are praiseworthy but we should fasten our seatbelts for the adjustments in measurements that we will see for the next few years.

Marketers need to establish their own worldview based on data they can confirm with their own data, rather than the ease of depending on third party measures which have become slightly unmoored. This means doing some hard work analyzing and comparing all their own and licensed signals. The reward for this hard work will be a far better understanding of how they ought to use specific metrics in making multimillion-dollar decisions.