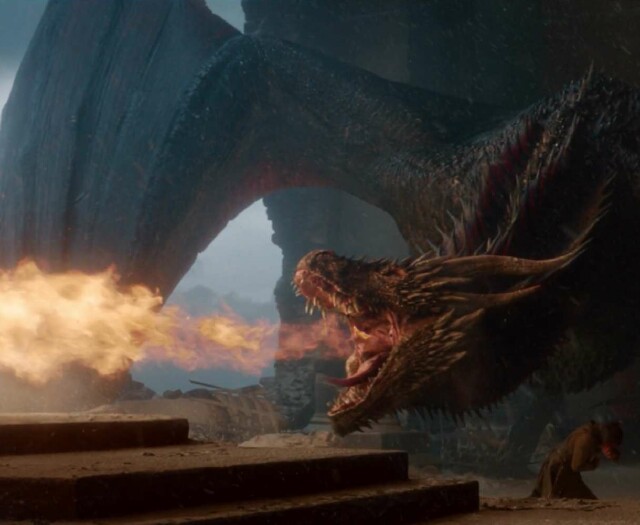 The nomination period for the 71st Primetime Emmy Awards is officially underway.  The final nominations will be announced five weeks from now, on July 16.  The awards themselves are scheduled for September 22.  Those dates are a long way off, but there is no time like the present to offer a little advice to those members of the Academy of Television Arts and Sciences who may need a refresher or two when choosing to nominate performers and programs that were telecast between June 1, 2018 and May 31, 2019.  Who can blame them?  There are 165 contenders for Outstanding Drama Series alone!  No wonder they never get their final nominee lists quite right.

The following are my suggested nominees in the Drama Series categories, along with a few pertinent notes.  Limited Series nominees will follow.  My choices for Comedy Series and Limited Series and Made-for-Television Movies follow.

Better Call Saul (AMC) – Still holding together nicely even if it feels like two parallel series in one.  The story of Jimmy McGill and his acquaintances may drive the show, but its Mike Ehrmantraut (and now Gus Fring) that give it scary power.

Bodyguard (Netflix) – The surprise action thriller of 2018 was an essential binge and, at only eight hours, one that remaining refreshing devoid of the distended drama that compromises so many otherwise entertaining Netflix programs.

Game of Thrones (HBO) – Unarguably (and deservedly) the most talked about scripted series of the year, before, during and especially after its eighth and final season, which left millions as viewers as hot under the collar as the average citizen of Kings Landing when Daenerys lost her cool.  Even at its most frustrating, GoT (pictured at top) was an intimate epic for the ages.

Killing Eve (BBC America) – There was no sophomore slump for this ferociously fun thriller that is also one of television’s funkiest character studies. Eve is so good our own Ainsley Andrade says it has "superpowers."

Ozark (Netflix) – This is the show that should be studied by all the other “shit keeps piling up on top of other shit” dramas that get to a point where they can’t dig themselves out.  (I’m talking to you, How to Get Away with Murder.)  I’m certain this one will; the intensity and complexity of each and every character interaction is a model of dynamic writing and direction.

Pose (FX) – Worth a nomination if only for its unbridled inclusion – something that would have been considered quite audacious until a couple of years ago.  Executive producer Ryan Murphy doesn’t just push envelopes or break barriers – he obliterates them with the no-nonsense power of an enraged dragon melting an iron throne.

Succession (HBO) – Is this story of the rich and the rotten a Dallas for our day?  Is media conglomerate Waystar Royco the modern equivalent of Ewing Oil?  Succession has yet to generate the kind of buzz that other top-flight HBO dramas enjoy, but that hardly matters, because with Game of Thrones gone this is now the cable king’s big drama.  That counts for a lot in the minds of those who nominate shows for Emmys, not to mention those who vote.

Don’t count out This Is Us (NBC) or Homecoming (Amazon).

Don’t count out Kit Harrington (Game of Thrones, HBO) or Milo Ventimiglia (This Is Us, NBC).

Justin Hartley – This Is Us (NBC)

Chrissy Metz – This Is Us (NBC)

Susan Kelechi Watson – This Is Us (NBC)