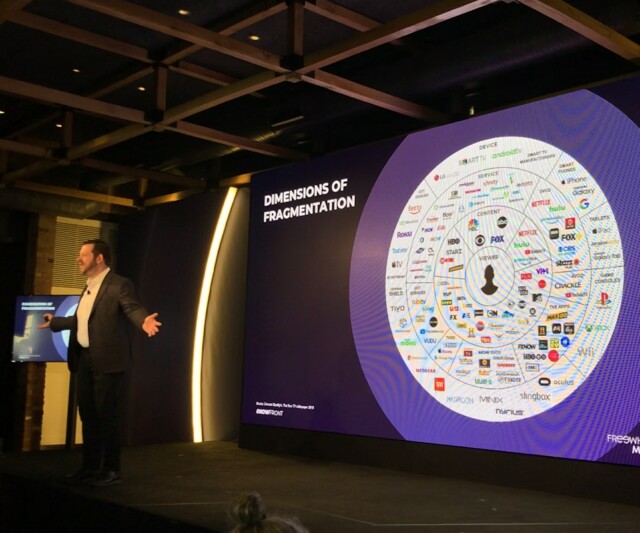 FreeWheel added another “Front” to the ad industry lexicon Wednesday, presenting its vision and new offerings at what it referred to as a “NowFront.”

Marcien Jenckes, President of Comcast Advertising, opened the presentation by stressing that it is incredibly important that TV remain successful.   “We selfishly want this to work because there are few companies that spend as much on advertising as Comcast,” he said.  “We also sell a lot of ads,” he continued, stating that the ability to improve cross-device targeting and data is important for Comcast as it directly impacts their bottom line in many ways, and that they themselves are a huge beneficiary of their improved product.

The theme of the day was the focus on incremental reach, with transparency, at scale, along with unification of cross-platform data.  Brian Wallach (pictured at top), Senior Vice President, Chief Revenue Officer at FreeWheel Media, reporting back on findings from a recent buyer study they conducted in January, found that buyers are still craving better cross-platform connected reporting and looking for a single equivalent currency for multi-device linear/digital product.  The study confirmed that media planning and buying is only getting more difficult due to fragmentation. 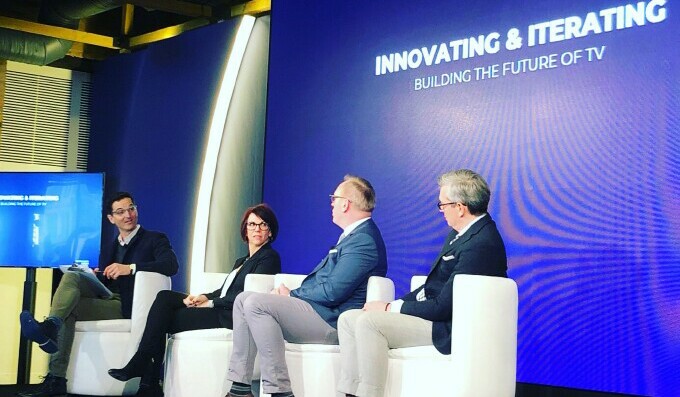 Reach and frequency woes, driven by the fragmentation and multiple device world in which we live, was a frequent topic during the panels.  Tim Castree, CEO North America at GroupM, scolded the industry for doing a terrible job of solving the reach and frequency issues “systematically” with far too many different homegrown solutions.  Castree voiced his opinion that the agency world should be the lead on this initiative given the size of the investment dollars they control

When the topic of performance media vs. brand awareness came up, several panelists reiterated that there is not a one-size-fits-all solution.  Omnicom’s Chief Research Officer, Jonathan Steuer added that even within the same category you may have one client more focused on performance and another prioritizing awareness. 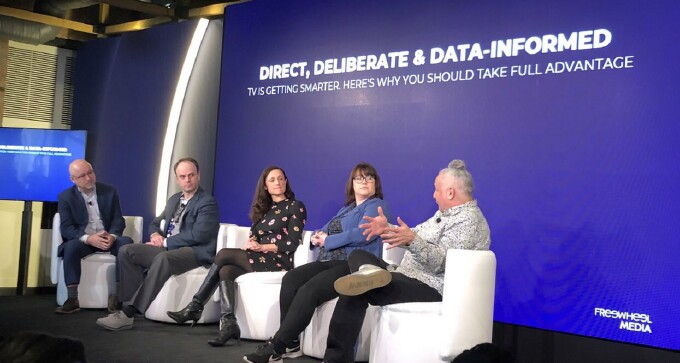 The biggest announcement, in what is widely being viewed as a counter move to AT&T’s Xandr, is the launch of FreeWheel Media, a buying platform that “brings together audiences, premium content, and data using the technology that powers the TV ecosystem to deliver outcomes.” FreeWheel Media is initially partnering with Adobe but will offer the pipes up to other DSPs for buyers to transact for their over three billion impression per day inventory.  Marketers will also be able to use the robust data sources of the Comcast Set Top Box data, along with data from their newly announced partnership with Vizio.  More performance-based metrics such as sales attribution both online and offline can now be provided via a new partnership with Boston-based company Data Plus Math.  FreeWheel Media will launch in the U.S. with global launching later this year.

Attendees, like Dentsu Aegis Senior Vice President of Video Research and Insights Maggie Zhang, responded positively to the speakers and panels.  "We believe in the promise of unlocking data and tech to better understand how our clients' investments in the TV ecosystem are delivering outcomes across all screens and devices," said Zhang, herself a frequent speaker at industry events.  “FreeWheel’s continued drive to deliver a unified solution for brands resonates very much with one of the major market challenges that we’re working to solve for today.”

Brian Stern, Group Director at The Media Kitchen, who attended the event with The Media Kitchen's Chief Executive Officer Barry Lowenthal, said that CMOs are facing increasing pressure to demonstrate results in the near-term.  "Advertisers need tools that are effective and available immediately,” he asserted.  “Calling this a NowFront was smart, because now is a timeframe they tend to like."