FX Chairman John Landgraf on the New Dynamics of Diversity 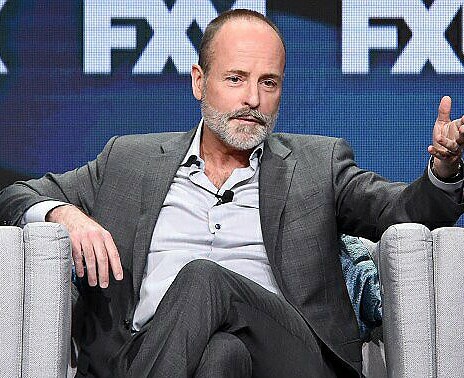 Whenever FX Networks chairman John Landgraf takes the stage in person at one of the twice-yearly Television Critics Association tours he virtually sets the agenda with his commentaries about the state of the industry. This week, he did so once again, with timely and deeply personal remarks about the state of diversity and inclusion at his network and throughout the television business. (To say he once again did this virtually is an understatement, as his comments were made during a virtual panel for TCA members and other journalists.)

Landgraf’s candor was, as always, almost startling in its openness and directness. “I've been at FX for 16 years and have overseen the brand for 15 and truthfully I'm not proud of the fact that it took me so long to take concerted action,” he said. “But we are now making meaningful strides and learning quickly how to create equal access to opportunities and moving with urgency towards achieving a workforce that fairly reflects our country as a whole.

“I believe that talent, intellect, ambition and imagination are equally distributed in the human population,” he continued. “They are neither concentrated nor lacking in any race or gender, so when FX was radically over-indexing in one race and one gender, we were, by definition, overlooking a great deal of the very best talent. Since we began sourcing talent without bias from everywhere in our population, our brand and shows have gotten measurably better. It's as simple as that. When you're in the talent business, diversity is good business.

“It's heartening to finally see our industry fully commit to meaningful measurable and permanent change,” he added. “Every entertainment company is undertaking a thorough examination of how they can become more inclusive, diverse and anti-racist internally and in the shows they produce.

“Our understanding has grown that racial equity and gender parity are separate though related issues,” Landgraf continued, noting that, in this very atypical year, people of color will direct 16% of FX series episodes.  If all goes according to plan, that number will increase to 45% in 2021.

“We're dealing with a complex process designed to give every individual an equally fair shot at these opportunities,” he further explained. “We have radically expanded our efforts to find and recruit talented storytellers from every segment of our society, including those who were overlooked in the past. So, 42% of our writers across all our shows in 2020 and 43% in 2021 are people of color. Women make up 42% of our writing staffs in 2020 and that number is forecast to be 41% in 2021. In 2021 38% of FX series regular actors are slated to be people of color. The gender split in both 2020 and 2021 among series regulars between men and women will be 50/50.

“We're also working hard to develop a deeper roster of shows created, run and executive produced by women and people of color. We've made headway with shows like Pose, Mrs. America, Better Things, Atlanta, Snowfall, Cake, What We Do in the Shadows, Mayans, A Teacher, Y the Last Man and American Crime Story: Impeachment, but the truth is we still have plenty of work to do. Just last weekend we began production on Reservation Dogs, a half-hour comedy co-created by award-winning filmmakers Sterlin Harjo and Taika Waititi and directed by Sterling, which is based on Sterling's life growing up in Oklahoma. Sterling is a member of the Seminole Nation and the entire writing staff is Native American.”

Landgraf also spoke about the other great challenge of 2020, the Covid-19 pandemic. “After a great deal of work and collaboration with our partners, we’re finding safe ways of returning to work,” he said. “We're taking extraordinary measures to ensure everyone's safety on our productions. The health and safety of our talent and crews is our No. 1 priority.

“We returned to production on A Teacher in August in Los Angeles,” he continued. “We safely completed four days of pickups with about 80 cast and crew members. We had shot nine of the 11 episodes of Fargo prior to the Covid-19 shut down. I'm happy to say that we were able to return safely to filming in Chicago and yesterday was our final day of production. We're in production on Season 2 of Breeders in the U.K. and ramping up a big slate of returning shows that are in various states of pre-production including Pose, Snowfall, Mayans, American Horror Story, Mr. In-Between and Dave. Other shows returning to production in the first half of 2021 include Atlanta, Better Things and What We Do in the Shadows.  New shows either completing or beginning production this fall include the drama series The Old Man, Y: The Last Man and American Crime Story: Impeachment.”

Challenges aside, FX has enjoyed increased success in 2020 via the launch of FX on Hulu, which Landgraf referred to as “the biggest initiative in our history.” The new platform, he said, has “exceeded our best expectations” and “has created greater awareness and buzz as well as increased viewership for our shows because of Hulu's fantastic platform and it's 35 1/2 million subscribers. For example, Dave is approaching 8 million viewers per episode making it our most watched FX comedy series ever. The audience for What We Do in the Shadows has grown 54% from Season 1 to Season 2. We have no doubt that we'll see similar results with other returning shows. We've also been able to add to our stable by making new shows exclusively for FX on Hulu.”

Asked if he was concerned that the established FX Networks brand, which includes FX, FXX and FXM, might be compromised or otherwise be lost amid the success of FX on Hulu, Landgraf replied, “The way I think about it is that essentially there really was no such thing as a television brand. There were only television locations. Every TV brand really refers or referred to a location. ABC, NBC, CBS, HBO, FX and AMC were all locations. We've always given credit to HBO for starting out as a location and as a subscription brand, but then thinking beyond the notion of [its] call letters. WarnerMedia elected to name their streaming platform HBO Max so, essentially, they took the legacy location and the brand that came from it and they turned it into a new location.

“Now we have something different which is we have the idea of brands and locations as conceivably being separate things or, say, two different kinds of brands: A brand that you buy like Amazon Prime or Netflix or Hulu or Disney+, and then a brand that resides inside that product, like Pixar or Marvel or Star Wars or National Geographic.

“Of course, many of us still have our locations, which were the original source of our brands. It's going to be interesting to see how this evolves because you do have certain platforms where there is no difference between the platform and the brand. Netflix is a classic example of that, as there is no sub brand on Netflix. [It] is the program and the channel brand. Obviously, that's working really well for them.

“What I don't know is, over time will consumers become comfortable with or figure out the notion that platforms and brands can either be the same thing, i.e. Amazon or Netflix, or they can be separate things, meaning a platform can be one thing and a brand can be something that resides on a platform. I can tell you that the Disney Company has made a decision to structure their platforms that way.

“This is a confusing time for consumers,” Landgraf concluded. “For one thing there's probably too many brands, too many channels, too many locations. [But] I have some optimism that this will work out okay in the long run.”