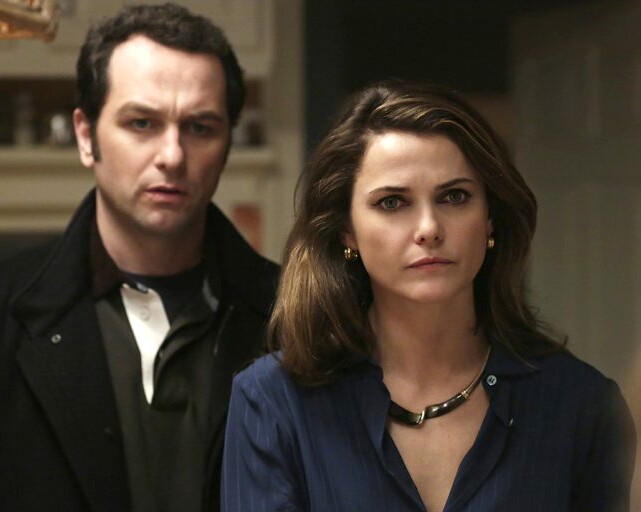 I’ve decided to put FX's The Americans and HBO’s Game of Thrones together in this year’s countdown for two reasons. First, among critics they are arguably the two most revered and respected current series on television, and second, there is very little I can say about either series here that hasn’t already been written by many other people in many other places for the last few years.

To be frank, Game of Thrones feels a little tired to me at this point – perhaps I’m losing my tolerance for excessive ultra-violence and sadistic brutality. (That would explain why I gave up on The Walking Dead this season after the already boring Negan swung his beloved baseball bat and turned the heads of two beloved characters into jelly.) I’ll blame that on all the problems in the world.  Also, while Thrones has never been kind to its male characters it seems to have set an unfortunate new bar with the unrelenting exploitation and, at times, degradation of the females on its canvas. That is something I prefer to not see, even if the show egregiously abuses all of its characters in one way or another sooner or later. (Series star Kit Harington, who portrays the much-abused Jon Snow, is pictured below.) 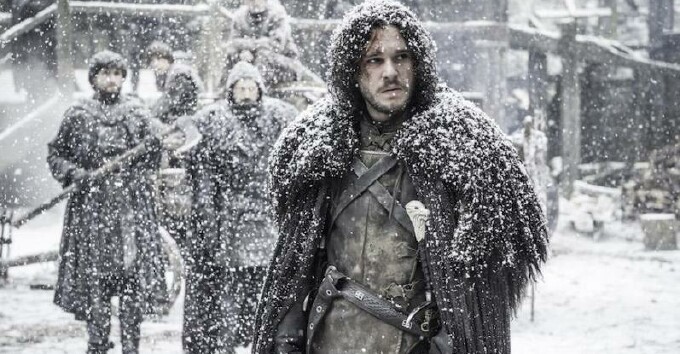 And yet, what a magnificent canvas Game of Thrones has constructed over the years. The magnitude of it all remains humbling and awe-inspiring. Even if I am hung up on certain details, the end result is still unlike any television series any of us have ever seen. Several years ago, after a screening of the breathtaking series finale of Syfy’s Battlestar Galactica, I remarked to several NBCU Cable executives in attendance that I was stunned in a good way by what I had just watched, because it felt more like a feature film that had taken years to produce rather than just another episode of a great series that had been put together in a few weeks. Galactica, I explained, had forced me to redefine basic assumptions about what a television series could be.

Game of Thrones has done that from the beginning, and what really impresses me about it is that it forces me to do so over and over again with each successive season.

I just wish it weren’t so damn unpleasant.

I often find The Americans to be unpleasant, as well, which I assume is the point, given the moral complexity and real-world dangers that have informed this hypnotic show from the beginning. Here as in Thrones, characters I would rather not see suffer are often submitted to awful physical and emotional torment, if not torture. If I’m overly sensitive to such things these days, well … see paragraph two above.

I’ll remember this year’s season of the show not because it was arguably its most riveting and intimate to date but because its terrors simultaneously expanded and contracted in a way that kept viewers' feelings in an ever-tightening, increasingly chilling grip. To put that another way, The Americans expanded on the all-important concept of emotional connectivity, forcing viewers to care and suffer more than ever before, especially in matters concerning the Jennings’ daughter Paige and her mounting trauma over the truth about her parents. Plus: That virus!

Also, this was the year that voting members of the Academy of Television Arts & Sciences suddenly discovered The Americans and honored it with multiple major nominations -- including sensational series stars Matthew Rhys and Keri Russell (pictured at top).  Better late than never!