Hallmark Breaks New Ground with "Love Under the Olive Tree" 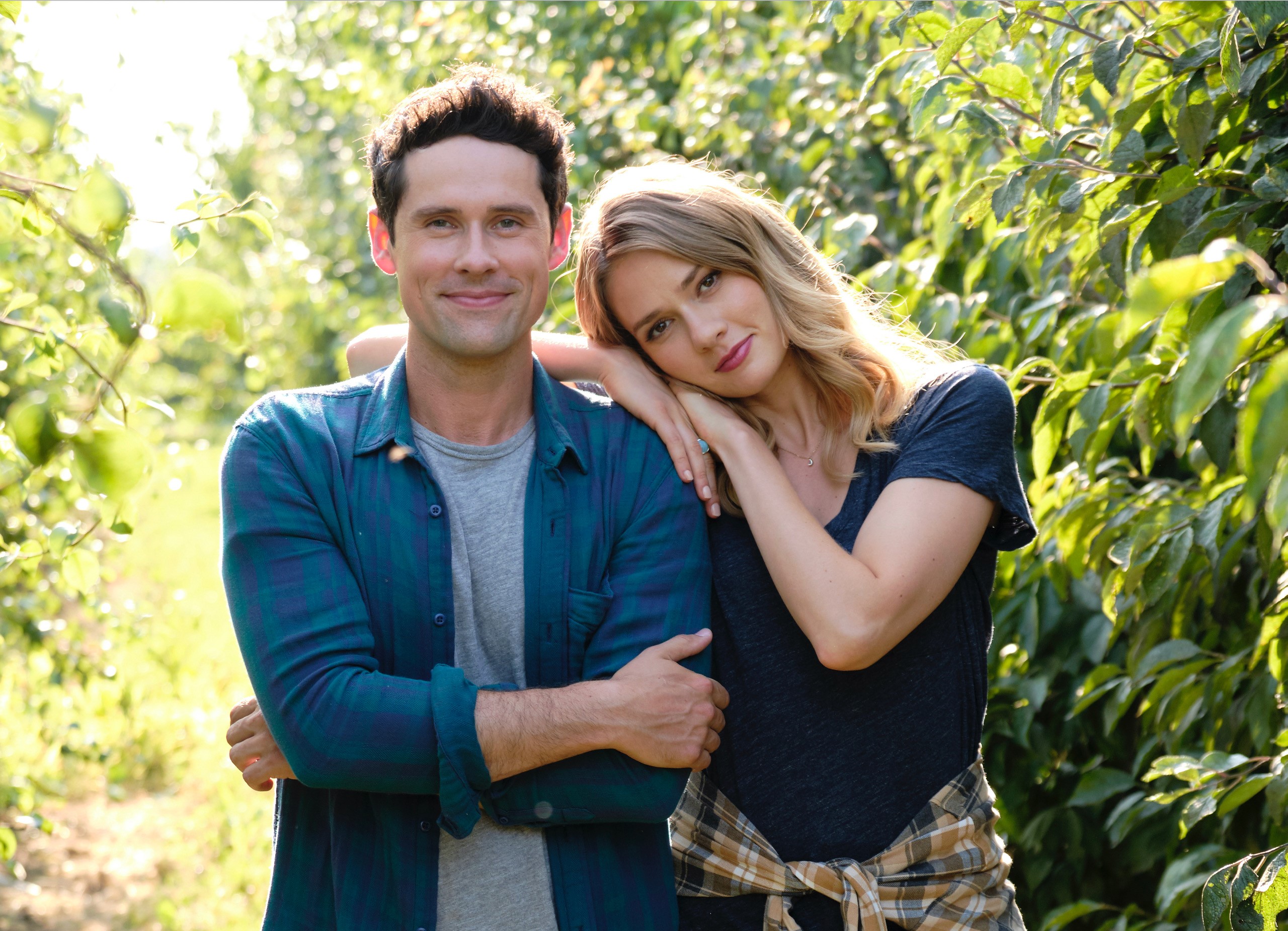 Love Under the Olive Tree is telecast Saturday, June 20, 9 p.m. on Hallmark Channel as part of the network's A Little Romance programming event. Since beginning his relationship with Crown Media in 2013, actor Benjamin Hollingsworth has been fortunate to portray a host of characters with an array of occupations for both Hallmark Channel and Hallmark Movies & Mysteries. His latest, Love Under the Olive Tree, provided him a Dynasty moment of sorts playing a lawyer/oil magnate, olive oil that is, immersed in a bitter competing family feud. "I've played lawyers, computer programmers, and advertising specialists," he shared during an exclusive MediaVillage interview. "But playing an oil magnet, or [olive] oil producer, was the most unique one and a lot of fun. I learned a lot about olive oil and to be honest related to both the farmer and lawyer aspects of him. I love gardening and cooking, so I do utilize a lot of olive oil, I did score a few bottles from the production, so they stocked me up with very tasty olive oil. But I come from a small town in Canada and was around a lot of farmers as a kid, so I guess it related more to the olive oil production, ranch style, part of his life. But I'm educated, and I know my wife would agree when I say, "I know how to debate well."

In the film, Hollingsworth portrays Jake Brandini, a member of a family embroiled in a years-long feud with neighboring olive oil producers the Cabella's. After receiving a call advising his father has been injured, Jake rushes home only to find the injury has been blown out of proportion. While there he encounters his childhood crush, Nicole Cabella (Tori Anderson), the daughter recently appointed head of her family business. Nicole has high hopes of expansion, but when Jake points out her vision encroaches on the property line of the Brandini business, the family feud takes another turn and after an injunction is issued, a local judge decides the winner of the town's upcoming olive oil competition also wins the land. Desperate to claim victory, Jake makes it his mission to learn all he can about the business. Along the way he finds a common ground with his old crush Nicole, and old feelings are rekindled. But with more than just a ribbon and bragging rights at stake, their budding romance, like the olives they grow, may end up crushed.

For Hollingsworth, the duality of playing the film's love interest and the protagonist was delightfully tricky. "I like to think in every character there's a darker side," he said. "An honest character has faults and in those is humanity and that's always fun for me. A lot of the characters I've played tight rope that walk and balance a little bit of the bad boy or troublemaker, but at the same time keeps it light and allow the audience to see it's a misconception - - it is tricky. With this particular role, I had an ongoing discussion with our director, and asked him to be the sounding board and let me know if I was headed in the right direction. If I was coming on too strong in the beginning, make sure I had options to reel him in. We had to find a balance of guy-next-door, a rival, and someone who could blossom into the love interest for Nicole."

Hollingsworth told me he had a blast working with Anderson, referring to her as, "A total sweetheart", and someone you'd never realize was competitive. "We would joke around onset a lot and she would be like, "Okay first one to the edge of the barn!" he laughed. "A lot of the competitiveness was improvised, and the director liked it. We thought it was fun because it was like things kids would do. We had an instant connection. One of the best parts of this job is getting to meet amazing people like Tori and create something fun. Hallmark is really good pairing people; I just worked with Cindy Busby on A Godwink Christmas: Meant For Love and again it was instant chemistry." 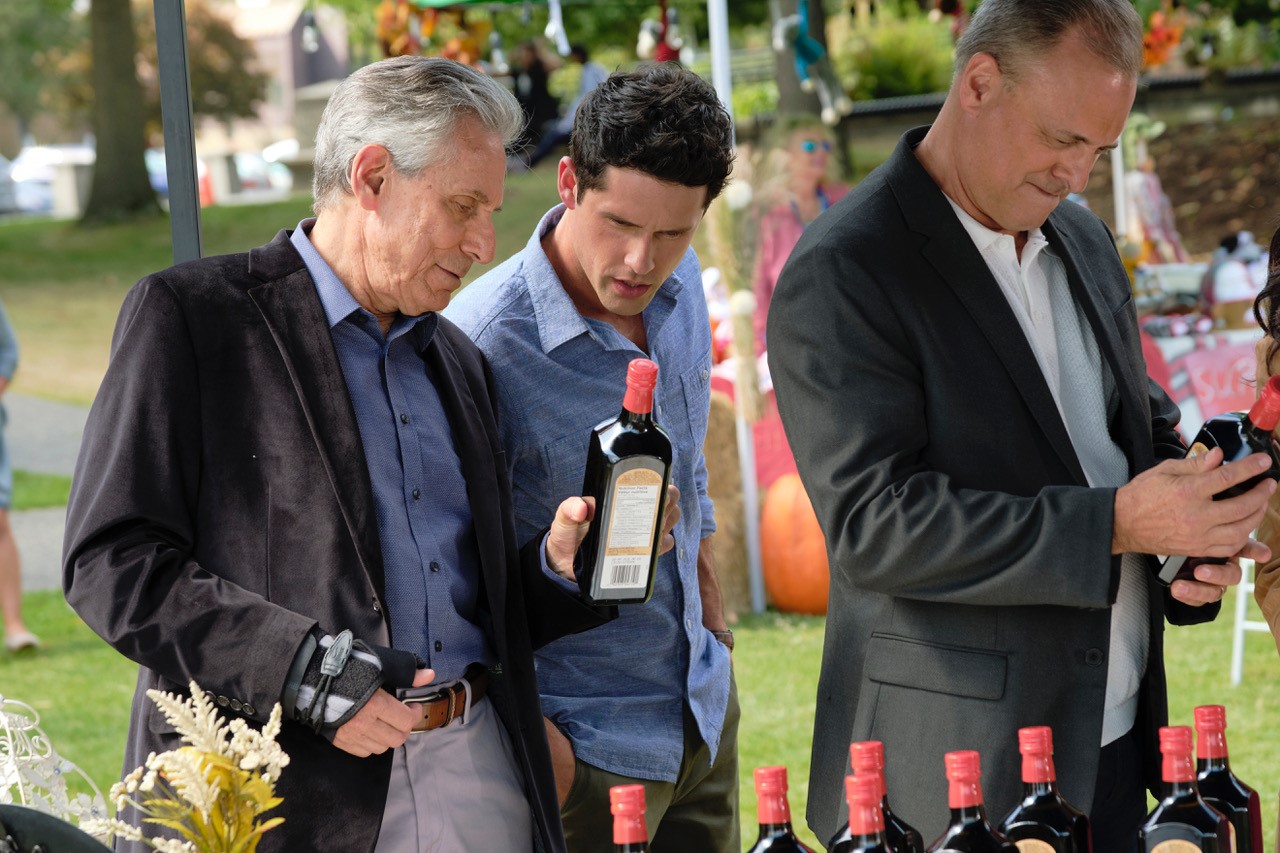 Despite the family feud backdrop, many olive branches are extended throughout the film between its leads, something that appealed to Hollingsworth. "I think empathy is really important in life and seeing something from someone else's perspective can save a lot of conflicts," he shared. "That's empathy and that's what allows people to accept an olive branch or even offer one. That's the lesson of this film and what really attracted me to it; grudges just aren't worth it and at the end of the day common ground and a common good are important. It might also find you love under the olive tree."

Another aspect of the project Hollingsworth found interesting was 'misconceived relationships', in particular, that of Nicole's best friend and co-worker Adam Caulfield (Shawn Roberts), whom while it's not directly addressed, might be gay. "I'd never seen that in any other scripts before," he said of the inclusive move. "It wasn't a comment one way or another about anything, or what kind of relationships are out there, and without shining a light on things just have something open and accepting. My character has preconceived notions about their relationship, so it wasn't just a side thing for the purpose of doing it and it furthered the storyline. I thought it was the most natural and authentic way of doing it. It services the story. I hope we see a lot more of that in future films and the cool thing is, it keeps you in suspense."