Hallmark's Hearties and Hopefuls Turn Out in Record Numbers 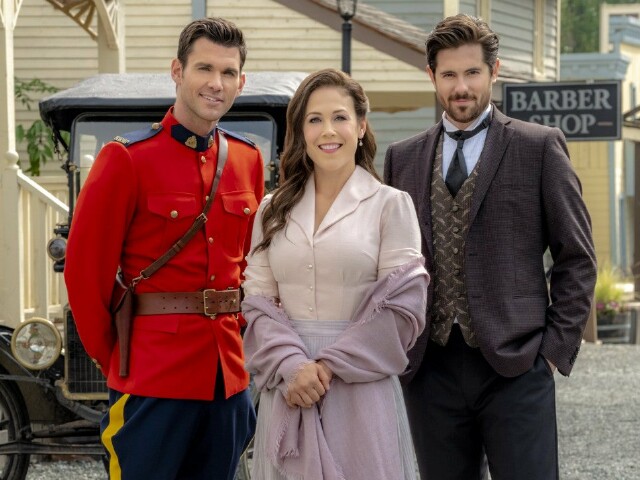 Hallmark Channel last week revealed that the season seven premiere of its long-running drama When Calls the Heart earned the highest ratings for any season premiere episode of the show since it began in 2014.  That kind of growth on basic cable is not completely out of the ordinary for comedy programs, but it is very rare for dramas, especially those that have been telecast for so many years.  AMC’s modern-day classic Breaking Bad is a notable exception, but a comparison would not be valid, because Bad ran for five seasons only -- less actually, with its fourth and final season split in half to manufacture a fifth.  And although ratings for this series were awfully bad early on, Bad was boosted closer to the end of its run by exposure on Netflix, which at the time was growing exponentially day by day.

At present AMC’s The Walking Dead, now in its tenth season, is still the basic cable blockbuster franchise to beat, even though its ratings have declined a bit in recent years.  But there’s no denying that When Calls the Heart is a giant hit, as well.  The Live+3 numbers for the Feb. 23 season premiere episode were as follows:  a 3.0 household rating, 2.9 million total viewers and 427,000 women 25-54.  These numbers were strong enough to elevate Hallmark to the No. 2 entertainment cable network for the entire week among households and women 18-plus.  Heart is now the No. 2 original scripted series year-to-date on ad-supported cable among households and women 18-plus.

Also contributing to Hallmark’s robust performance last week was the series premiere ofHeart’s brand-new spinoff, When Hope Calls.  Telecast after the season premiere of Heart, it debuted as the No. 3 scripted cable series of the week among women 18-plus, with a 2.0 household rating, 2 million total viewers and 248,000 women 25-54.

This news about one of Hallmark’s most popular franchises comes at a time when there is much talk in the industry about the issues facing scripted series on basic cable networks, especially dramas.  That is to say, the sky appears to be falling, at least when compared against the heyday of the early 2000s, when such series as AMC’s Mad Men and Breaking Bad (along with The Walking Dead); FX’s The Shield, Justified and Sons of Anarchy; USA’s Monk, PsychandBurn Notice, and Syfy’s Battlestar Galactica ruled ratings, reviews and award shows alike.

Those shows changed ad-supported television in terms of what was expected, what was allowed and what was embraced by viewers.  And they permeated popular culture in ways that scripted series on basic cable had never done before, nibbling at the edges of premium cable content and outshining most of what was available on broadcast television.

Today, though, the streamers are getting all the glory, which is understandable given the creative freedom they give writers, producers and showrunners and the ease of viewing they provide customers.  Their original content is certainly distinctive, but with so many such services on the scene and so many more on the way it is getting increasingly difficult for any one of them to come up with a consistent pipeline of popular programming that stands apart from the others.

As the recent ratings news from Hallmark proves, audiences will still gravitate to basic cable when it presents content that can’t be found anywhere else.  That includes those zombie hoards on AMC and almost anything on Hallmark, which continues to work its magic in ways that elude everyone else.