"Lovecraft Country," on HBO, Is a Beast All Its Own 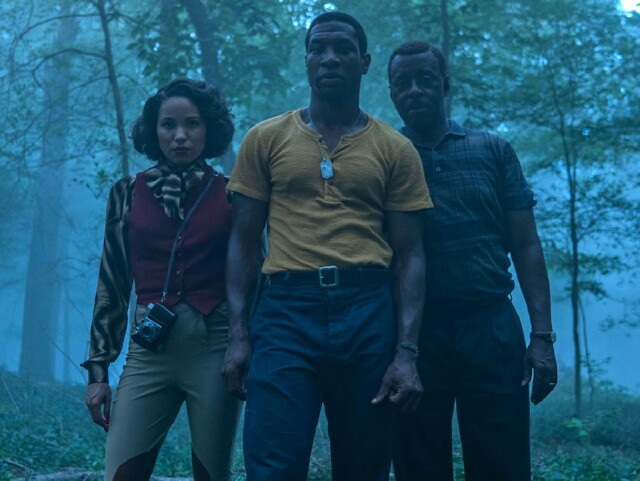 HBO’s Lovecraft Country is not, by any stretch of the imagination, what one would call an “average” television experience. Created by Misha Green, creator of WGN’s Underground, Lovecraft is as visceral and human as it is gripping and unpredictable. Green’s knack for historically accurate fiction is more than present here, and when you have powerhouse actors like Jurnee Smollet (Underground), Wunmi Mosaku (Black Mirror), Michael K. Williams (The Wire), Aunjanue Ellis (When They See Us) and Courtney B. Vance (American Crime Story) interpreting your work, it’s an easy bet that the end result will be a powerful journey through the human mind and spirit (not to mention American history). Combine that with the production power of names like J.J. Abrams and Jordan Peele, stick it on a major cable network and bam! Magic happens. In the case of Lovecraft’s characters, the magic here is quite literal.

Lovecraft Country follows Atticus Freeman (Jonathan Majors), a Korean War veteran, on a journey across a 1950s Jim Crow America in search of his missing father, Montrose (Williams). He’s accompanied by his childhood friend Letitia (Smollet) and his uncle George (Vance). That’s right, folks. Three black people are taking a road trip through America, at a time when the hate for Black people wasn’t hidden behind anti-progressive rhetoric like “All Lives Matter,” but instead right out in the open with signs like “We Want White Tenants in Our White Community” and “Don’t Let the Sun Set On You Here, Understand?” What could possibly go wrong?

Lovecraft is filled with this kind of imagery, and it’s as relevant today as it was when that kind of garbage was “normal.”

For the uninitiated, Lovecraft Country began its life as a novel of the same name written by Matt Ruff way back in 2016. Remember 2016? T’was a simpler time. Anyway, using Ruff’s novel as a blueprint, Green reimagined the tale for television, and from what I can tell she’s remained pretty true to the original text. There are some deviations here and there -- names and familial connections and such -- but in my opinion they’re all for the better. The thing that makes Lovecraftspecial is the part that Green’s Underground didn’t have: Elements of both science fiction and fantasy.

Green’s modus operandi in Underground was quite similar to what she has done with Lovecraft now. She took a meticulously researched and therefore historically accurate setting, added powerful actors and emotionally intelligent writing, and then used modern-day photography and contemporary music to depict the commonalities of the human experience that both the viewer and the show’s characters share. Sure, my description of this process is an oversimplification at best -- but it still applies to both shows.

The real difference here is time management. On Underground, it was pretty much wall-to-wall racism, bigotry and human atrocities for what seemed like 99% of every episode. I mean, in the first line of my 2017 review of the series I call it “a tough pill to swallow.” Lovecraft Country is similar in that regard, with one very important distinction: the sci-fi and magic stuff present are like a huge glass of water with which to wash down said pill.

At the time that I’m writing this, L.C. is already more than halfway through its ten-episode season, and while the show sucked me in in a way that I definitely didn’t anticipate, it still got hung up on some of the same snares that plagued similar HBO shows like Westworld and Watchmen. Westworld, also based on a popular novel, has a lot going on, and in order for it all to make sense it had to slowly be fed to the audience in the beginning. Once that second or third episode rolled around, everything was gravy, and the narrative train was fully in motion.

Same thing went for Watchmen, which kind of had to pick up speed as it went along.

The first and second episodes of Lovecraft feel like a standalone movie that annoyingly does it’s best to raise more questions than answers in hope of securing a sequel (hence all the flashy special effects right out of the gate). Fortunately, it isn’t a movie, so viewers immediately get their “sequel,” assuming they stick around. After watching the first two episodes I had so many more questions than answers (narratively) that I almost never watched the third one. Thankfully I did, and like clockwork, that narrative train was up and moving at Snowpiercer speed, finally making me say “holy shit” more than I said “WTF.”

Smollet, who also starred in Underground, makes it very clear why she’s here, and constantly maintains an award-worthy performance that shouldn’t be missed (especially during the powerful ending of the third episode, Holy Ghost, which brought tears to my eyes). The same can be said for Mosaku, whose range is as unbelievable as her character, Ruby, is badass (see: Episode 3, Strange Case), and Majors, who does a great job of subtly fleshing out what is low-key a pretty two-dimensional leading character.

So, what is Lovecraft Country at the end of the day? At this point in the season it kind of feels like if the movie National Treasure and the series When They See Us had a baby, and then that movie was rebooted as a televised horror series with a solid budget by the guys that brought you Get Out and the most recent Star Warsflick. It’s definitely a beast all its own, and just like wearing a mask, it may not be fun the entire time, but you definitely won’t regret it in the long run.