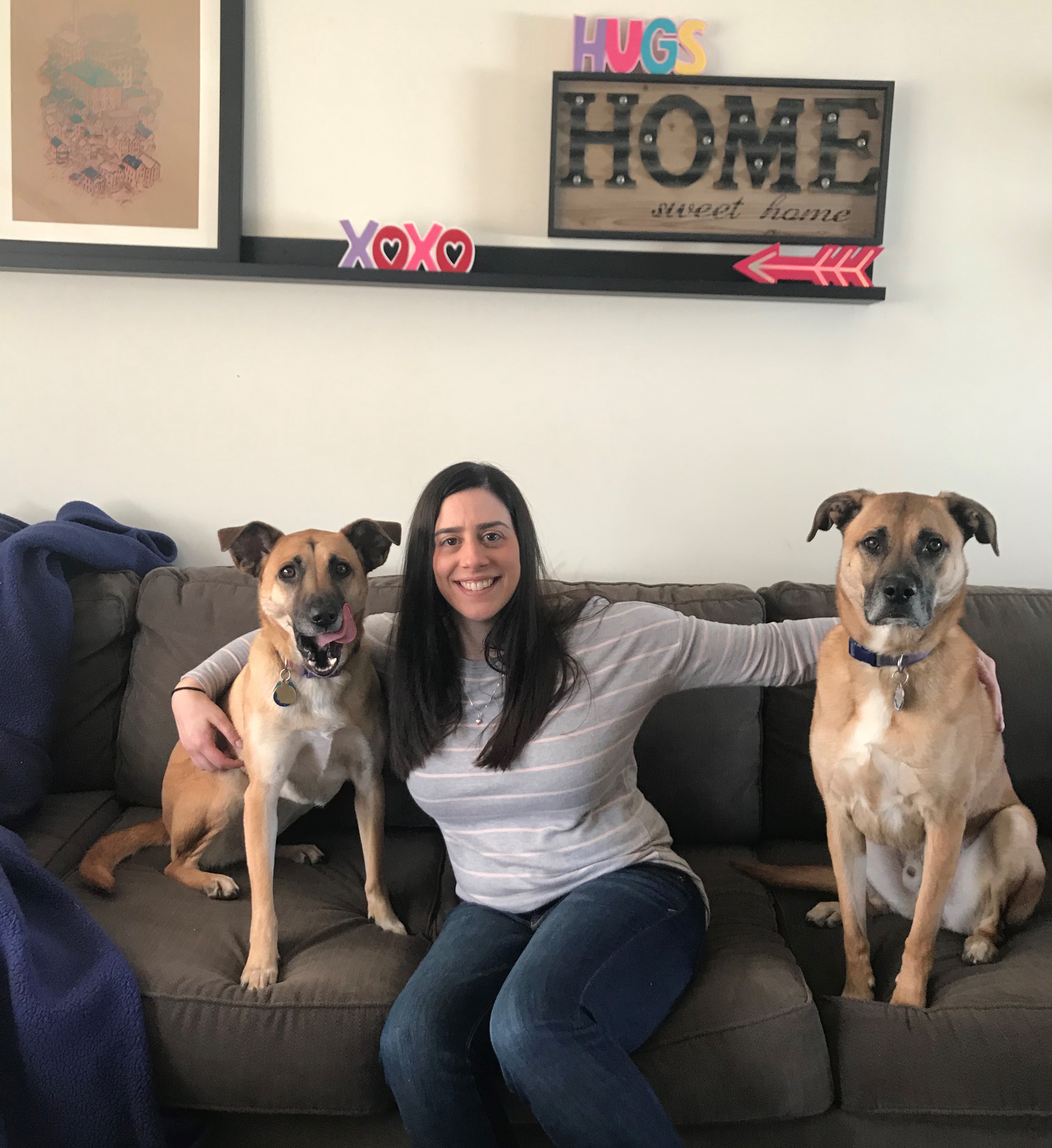 Lots of workplaces get credit for being "pet-friendly" but for Hallmark Channel that means more than just letting dogs roam freely through the office.  Hallmark has made a commitment to ending the epidemic of pet homelessness through its Adoption Ever After initiative, a cause that appeals to audiences and employees alike.

"Ours is a work culture that celebrates family above all else," explains Elise Mischner, Crown Media's Ad Sales Marketing Manager, who has been with the company for eight years.  Inspired by the Adoption Ever After mission of making a rescue pet part of the family, she decided to welcome two dogs into hers -- enter Oakley and Tyson (pictured above and below).

Tyson, "the life of the party," originally thought to be a Boxer mix, is named for Mike Tyson and for the fact that he resembles a Tyson chicken nugget. He was adopted at eight weeks old from North Shore Animal League on Long Island, which partners with Hallmark Channel on its annual Kitten Bowl andCat Bowlpet specials.  Oakley, née Annie Oakley, is the more mellow of the two, preferring to cuddle in a mountain of blankets all day. Despite some hesitation on Elise's part about adding another pup into the mix, Oakley was a natural fit.  "We went inside the [American Rescue Fund of the Hamptons] adoption van, saw Oakley, who banged on the glass to get our attention, and we knew she would be part of our family," she recalled.  At the end of every workday, Tyson and Oakley greet Elise with wagging tails and their favorite toys, eager for their evening walk. 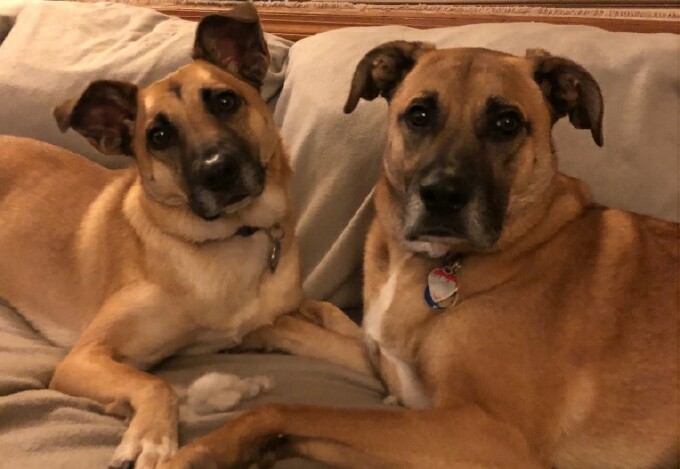 Adoption Ever After inspires both hearts and minds as Elise's experience can attest.  While the initiative prompted her to open her heart to Tyson and Oakley, it also allows her to think creatively about making meaningful, relevant connections with advertisers.  The business imperative for purpose, evangelized by P&G's Marc Pritchard, is a much-discussed topic among advertisers looking to reach the 65% of consumers who are belief-driven buyers.  Hallmark Channel makes the case for the dual impact of purpose both to support its clients and to engage employees and audiences so that ultimately everyone contributes to the cause.

As part of Adoption Ever After, Crown Media sponsors Pups4Patriots, American Humane's program that trains rescue dogs to become service animals for retired military veterans suffering from PTSD and TBI (traumatic brain injury).  Elise and her team recognized a "perfect match" between Pups4Patriots and Hallmark Channel client USAA.  She worked on incorporating the USAA brand into a Pups4Patriots training session that aired as a short video vignette during Hallmark Channel's American Humane Hero Dog Awards.

In executing this "gratifying work," Elise had the opportunity to be down in North Carolina during the training.  She was "able to see this amazing process unfold" as veterans first met and worked with their service dogs.  Adoption Ever After programming has also been a natural fit for Subaru. The mission has been integral to the automaker's own Subaru Loves Pets initiative.

A company can look to its employees as advocates, as Elise is for pet adoption.  "I fully believe that rescue animals are so grateful to have a home [and so] you want to set up an adopted dog for success in your home, which means it's very important to take stock of your lifestyle," she says, noting that some people adopt an animal without careful consideration for how the new addition will affect their lives.  It's a decision that requires time and contemplation.  Knowing for sure that she was ready to adopt, Elise went to the shelter several times before meeting Tyson and sharing that special connection.  "He looked at me with his big brown eyes and I immediately knew I was in love," she says.

In addition to being adorable four-legged family members, Tyson and Oakley are examples of purpose in practice.  Elise would love to debunk the myth that animals in shelters are dangerous, damaged or aggressive.  She sees the need to communicate that shelter animals have a lot of love to give and are just looking for the right family to give them that opportunity.

"Ultimately, Adoption Ever After is a really galvanizing force," Elise asserts.  "There is a community of us who are a lot closer than we would have been because of this commonality.  At the end of the day, it's incredibly rewarding to work for an organization that prioritizes pet adoption in a way that really makes a difference."