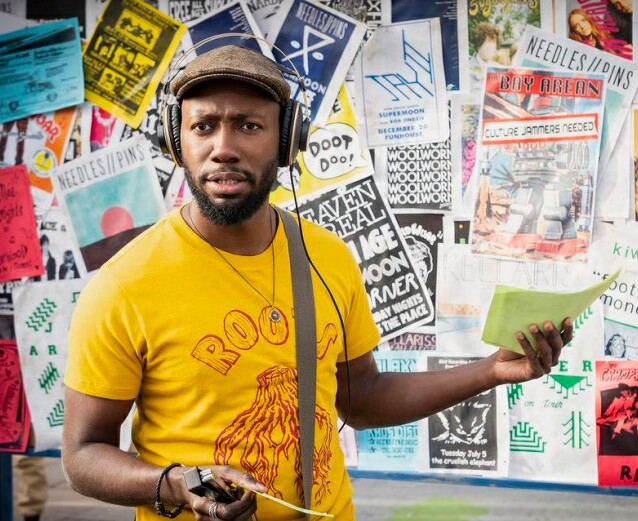 Hulu’s new comedy series Woke, set to debut on September 9, will for many reasons likely be one of the most talked-about new programs of the fall, and it won’t be a surprise if it ends up as one of the most honored (or, at least, most nominated) shows come the next award season.  It couldn’t be a more timely project: The storyline kicks off when its central character -- a laid-back, up-and-coming Black cartoonist named Keef -- has an intense, life-altering encounter with the police, in this case officers from the San Francisco police department.

Woke is based on the life of artist Keith Knight (played by Lamorne Morris of New Girl), who was among the panelists in a spirited session for the show during Hulu’s segment of the 2020 CTAM virtual press tour presented for members of the Television Critics Association.  Knight, like Keef, has grappled with the idea that the work of Black artists is supposed to be unwaveringly relevant, timely and issue-driven.  “There are artists that feel burdened by it,” he said.  “It’s like, ‘I have to say something with my work.’  Now, in this moment I think it’s super important to say something with the work, but I can see both sides of it.”

“I would say the balance of being a Black artist and an artist that happens to be Black is always the greater fight,” added executive producer and director Maurice “Mo” Marable.

In keeping with that idea, Knight said the series will indeed address some of his own disturbing experiences.  “I had an incident with the police that sort of sent me on a bit of a journey,” he explained.  “I had been doing comics about police brutality and stuff, but I think once it happens to you, it’s a whole different [thing].  It’s very intense.  It made me double- and triple-down on the work that I was doing.

“There's a lot of stuff that fans of my work [will recognize] throughout the show,” he continued.  “I use humor to address a lot of serious issues.  “The cartoons [and] the comedy brings people in.  We make you laugh and then when you're not looking, we punch you in the face with something hardcore,” he added with a laugh.

“There's going to be a lot of punching in the face, because even though the show is a comedy, what happens to Keith is very serious and we are going to directly address the trauma as the series progresses,” showrunner and executive producer Jay Dyer warned.  “There will be some very intense, dramatic moments because that’s life.  Keith goes on this amazing journey where he sees himself as this certain type of artist, this certain type of human being, and then when this traumatic event happens to him, he starts to look at the world in a different, completely new way.”

Woke is live-action laced with some animation, as inanimate objects come to life in the show, just as they do in Knight’s comics.  “The animations are Keef's sort of inner self communicating with him,” co-creator and executive producer Marshall Todd explained.  “It's his manifestation of PTSD.”

The panel was asked if incorporating commentary about racism via talking inanimate objects somehow made it easier to get difficult messages across.

“Yes, it helps deliver the message in a different way,” Marable replied.  “Nobody likes to be preached to, nobody likes to be talked to, nobody likes to be told what the problem is.  I think we all see that right now."  It was important, he said, to come up with a way for the show to figure out “how to be smart about it, and how to get our message across, and how not to put people off.  The one thing that these absurd characters can do is take on the voice of something -- the voice of a serious topic.  They can say something that is just crazy but honest and gets the point across, because you don't feel threatened by these objects.”

“It's almost like being a modern-day court jester,” Knight suggested.  “They're able to speak truth to power in a way that people can't.  With drawn stuff, you can just -- I mean, you look at what The Simpsons does, you know?  There is no live action thing that does what The Simpsons does. They can rip anything and it's just like, ‘Oh, it's The Simpsons, so it's okay.’”

It's not much of a stretch to say that Woke is prophetic, given that all eight episodes of its first season were completed before the onset of the coronavirus pandemic, the murder of George Floyd and the Black Lives Matter movement that followed.

“We thank God every day that we could get it in the can when we could,” Marable said.  “Watching the world change after we got it in the can was really sort of surreal, because with each passing event, we became more and more relevant.

“At the end of the day, the story is evergreen, right?” he continued.  “What's going on in society, what happened to George Floyd, right?  Ahmaud Arbery, Breonna Taylor … those [atrocities] have been going on longer than I've been alive, longer than my parents have been alive, and so this story, when you look at it on the surface, is like this ground-breaking story to a degree, but it's not, you know.  This story's been told over and over and over.  Hopefully we'll put a modern spin on it that people will like, and hopefully learn something from, but this has been an ongoing discussion and an ongoing conversation.”

“The thing that I think is great about the timing of our show is that we tell this very specific story of this one man, Keef Knight, and there are headlines, and it's an issue, and people can sort of see it's a heavy topic,” Dyer added.  “But at the same time, we tell a story of this one man's journey through this trauma and how it feels for the individual.  Hopefully it illuminates another aspect of this very, very important conversation.”