Hulu’s “Castle Rock” Is Still the King of TV Chillers 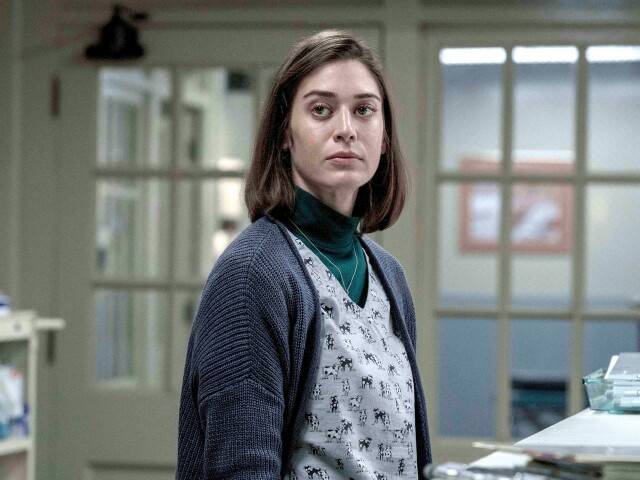 We all know that there’s nothing new under the sun, and in this era of limitless streaming possibilities, reinvention is the name of the game when it comes to creating engaging consumer content.  With movies, the classic move is to go for the reboot, but recently the trend in television has been to reinvent the intellectual property all together, using elements from the source material (characters, locales, themes) to create something new, yet familiar to its original fans while (it is hoped) enticing new ones.  Enter the Hulu original, Castle Rock.  Created by Sam Shaw and Dustin Thomason, and executive produced by Mister “Mystery Box” himself, J.J. Abrams (among others), Castle Rock is a fantasy/horror anthology series set in prolific horror writer Stephen King’s fictional town of the same name.

Having just started its second season with a three-episode premiere, this anthology now stars Lizzy Caplan (pictured at top) and follows her character, Annie, and Annie’s daughter, Joy (Elsie Fisher), on their apparently never-ending road trip across America -- at least until it comes to an abrupt stop in the titular town of Castle Rock, Maine.  At first, Annie seems innocuous enough as the nurse with the very specific walk and the constant need to relocate, but as time goes on she becomes less and less stable. and her origins seem more and more sinister.  Meanwhile, Joy is trying her damnedest to just be a teenager who has some semblance of a social life.  It becomes very easy to see Annie as the bad guy at first, and many times I myself thought, “That poor girl (Joy), having to deal with that b.s. from her mother all the time.”  However, by first episode’s end, it becomes clear that however cuckoo Annie might actually be, this is still a world of Stephen King’s making, which means Annie’s going to end up being the least of everyone’s worries.

The coolest thing about Castle Rock isthat connection to the King’s lore.  Even for those not as well-versed in his work as a hardcore King fan might be, there are enough references and connections for even the most average of viewers to catch his horror novel vibe.  Couple this with the influence of J.J. Abrams’ “raise many questions, but ration out the answers” style of storytelling, and suddenly Castle Rock becomes a bevy of supernatural horror possibilities.  And Annie?  She may possibly be the unexpected hero of the series, complex as she may be (but we’ll come back to that).

The aforementioned connections are literally all over the place, stretching beyond the spooky borders of Castle Rock and into the even spookier territory of Jerusalem’s Lot, another town in King’s universe.  Along with another nearby town by the name of Derry, both Jerusalem’s Lot (a.k.a. Salem’s Lot) and Castle Rock are part of a trio of fictional towns that serve as the main settings for a number of King’s works.  Castle Rock, however, serves as the fictional home for way more of the horror novelist’s I.P., which includes, but isn’t limited to, The Dead Zone, Cujo, “Rita Hayworth and the Shawshank Redemption” and Needful Things.

Annie herself is a connection as well, as her last name is Wilkes, making her the spiritual reincarnation of Annie Wilkes from the 1990 film Misery (brought to award-winning life by Kathy Bates).  Both are nurses who, I think it’s safe to say, had/have serious mental problems.  The difference is Caplan’s Annie comes across as a well-intentioned mother with a dark past and a penchant for ending up in shitty scenarios, looney as she may actually be, while Bateman’s Annie was a straight up kidnapper/murderer whose intentions were wholly selfish.  Plus, she didn’t have a daughter.  This story is similar in nature to the previous season, in which Jane Levy played Jackie Torrance, the granddaughter of Jack Nicholson’s Jack Torrance character from The Shining (another classic film based on one of King’s iconic works).  Additionally, much of last season’s plot revolved around Shawshank prison, another well-known location in the Stephen King multiverse.

Speaking of Shawshank, Tim Robbins (who played Andy Dufresne in the 1994 film The Shawshank Redemption) also stars in this season of Castle Rock as Reginald “Pop” Merrill, who’s basically the unofficial leader of the town of Castle Rock.  Most of his storyline revolves around the conflict between his son “Ace” Merrill (Paul Sparks) and his Somali foster son Abdi (Barkhad Abdi), both of whom are adults.

I think what works for Castle Rock, besides all it references, is the fact that it kind of uses what we think we know against us.  My initial impression, even before making the Misery connection, was that Caplan’s character was ultimately going to end up being the classic horror movie mom that her daughter Joy would ultimately have to rebel against/escape from.  Now, I’m not saying that this won’t be the case -- we’re only four episodes in right into the second season at this point -- but, spoiler alert, people are dying and coming back to life (and not in a fun way), so even though she does lie a lot and seems crazy as hell sometimes, Annie’s intentions seem legitimately good, which drops her a few notches on my “terrifying things or people to be worried about” list.

That subversion of what I expected based on the familiar characters and themes I was able to recognize gave the writers an opportunity to flip the proverbial script on us.  I'm happy to say that they took that opportunity and ran with it.

So, besides the excellent writing, great pacing and ominous soundtrack, the committed performances of the actors involved really put this one over the top.  Lizzy Caplan is captivating as hell, and Tim Robbins?  Well, he’s Tim frikkin’ Robbins.  He’s barely breaking a sweat.

All I know is, much like a great horror novel, I’m in no rush to put this one down, though I can’t wait to see how it ends.  Waiting between each episode, Hulu-style, is half the fun.  Had the dropped it all at once my full-season Castle Rock binge would already be in my rear-view mirror, and where would that leave me?