Hulu's Peter Naylor Peers Into the Customer-Driven Future of Streaming 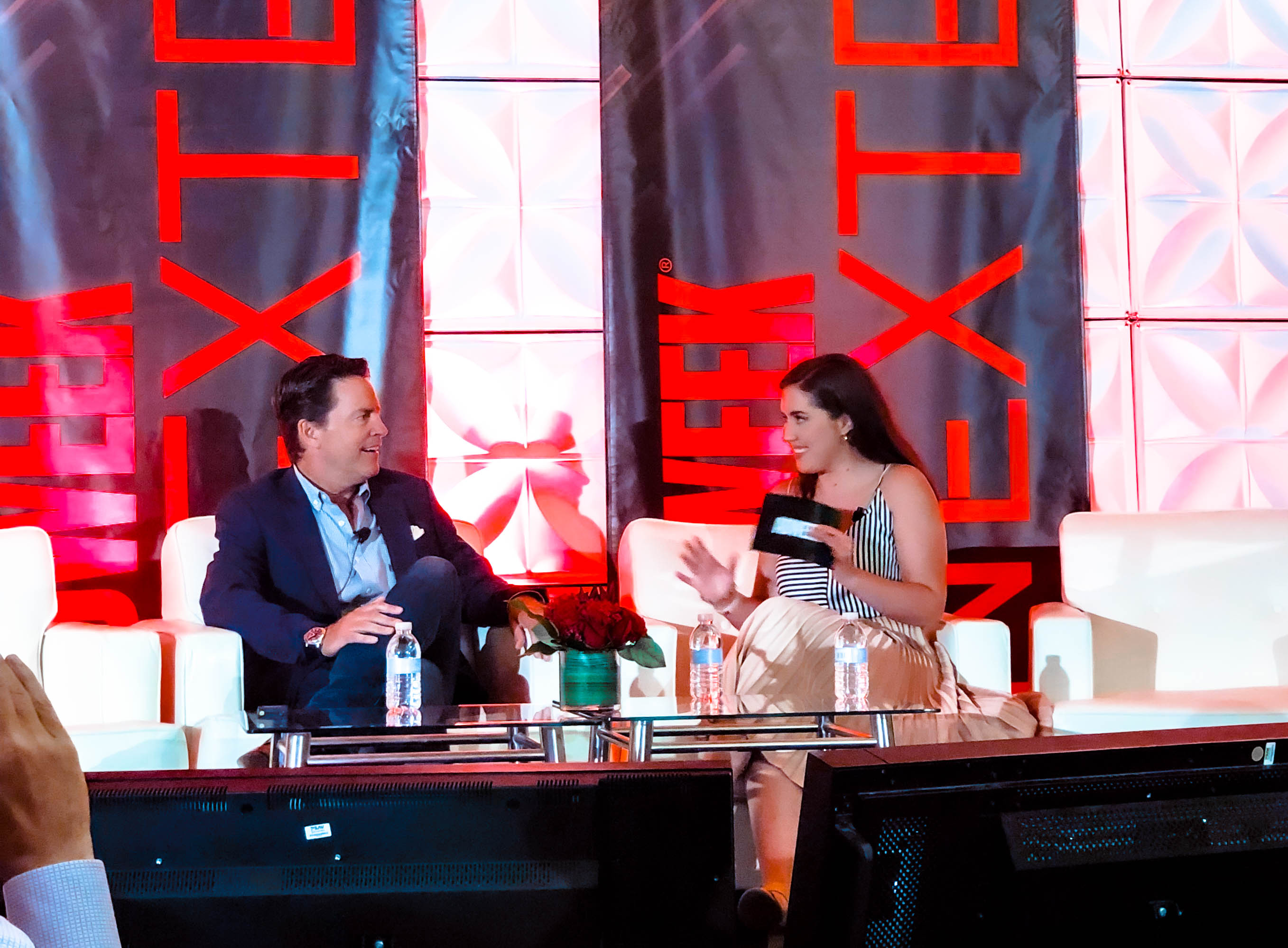 As streaming services continue to proliferate, the more experienced entities such as Hulu are starting to edge out the competition through a focus on customer satisfaction. "Direct-to-consumer brands like Hulu have to be obsessed with consumer experience," Peter Naylor (pictured above left), senior vice president and head of advertising sales at Hulu, said during his keynote at the inaugural Adweek NexTech Conference. "Good partnerships, good content, and obsession with the consumer will separate the winners from the losers."

Naylor also discussed Hulu's strategy in delivering all that during his keynote discussion with Adweek reporter Kelsey Sutton. He touched on three key areas — over-the-top (OTT), consumer experience, and data-driven programming — that exemplify why Hulu's future is so clear.

Over-the-top programming and access to streaming services have changed the way consumers of all demographics watch television. It has allowed newer companies such as Hulu to compete with major network conglomerates, including CBS, Fox, and NBC, by making the same type and quality of content available on-demand at any time for their consumers.

This is especially important as more and more age groups embrace streaming services — often considered the preferred method of viewing for younger audiences. Peter Naylor noted how Hulu's platform demographic is a direct reflection of this trend. He said, "While NBC's hit show This is Us has a median age in the mid-50s on broadcast television, the same television show on Hulu has a median age in the mid-30s."

He went on to note how even a classic show, such as Seinfeld, has a median viewing age of 27 on Hulu's platform. Naylor pointed out that, as a result, Hulu can assume that the upcoming generation of content consumers aren't "ad rejectors," but are "ad expecters." It's this reality that has allowed Hulu to identify one of its key areas of value against competitors, it's ad experience.

Despite the streaming market's increasing fragmentation and an overabundance of players, Naylor believes Hulu has the solution to standing out among the crowd. He argues that, although there are more streaming offerings than ever before, there are also more and more consumers sampling these services. The result is that players who don't consider the consumer ad experience will lose viewers to those who do. Consumers will decide with their eyeballs, time, and wallets who will win. This means the streaming platforms that rise to the top will be the ones who don't jeopardize their consumers' ad experience for advertisers or marketers.

Hulu's obsession with its users' and viewers' experiences makes the streaming provider special, Naylor emphasized. This includes being selective about the brands that advertise on its platform and providing more than one ad experience for consumers to choose from. "We're protecting our environment and we know that makes us different from our competitors," he said. "We want our viewers to know what to expect from our ads and give them a choice of ad experience. It's why we have an ad countdown clock and interactive ad options. By being viewer-first, consumers don't only benefit, but advertisers do, as well."

It's impossible to create a standout consumer experience without understanding consumers' preferences. Hulu uses customer insight to create data-driven programming, which, in turn, enables advertisers to reach the right audiences. "The biggest sign of the times from 'old' to 'new' is displayed through research requests," Naylor noted. "Marketers are asking for more research from networks, so they can gain more personalized recommendations that are tailored towards their specific brand goals."

Data informs Hulu's expansion plans as it adds to its offerings, Naylor pointed out: "TV is currently the most effective form of advertising and yet it's already hit its ceiling. The biggest evolution of our past was our live service, and we then have three tiers of live within that. Our next big evolution is to build vertically and internationally."