Hulu's "Woke" Is a Masterpiece for This Moment 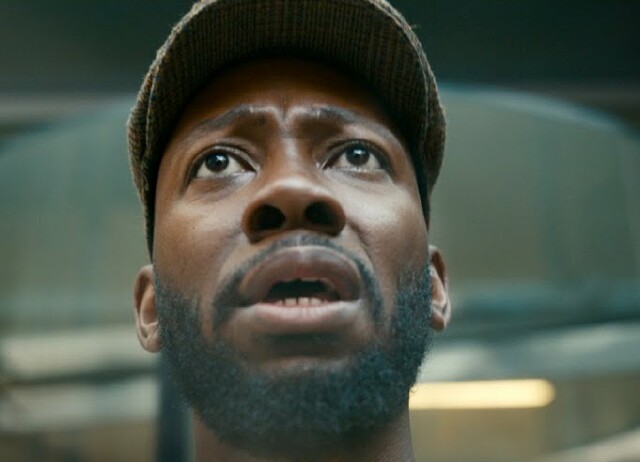 In the past, I’ve often touted names like Justin Simien, Issa Rae and Donald Glover (among others) as the leaders of a new wave in television, and for good reason. These trailblazers weren’t just churning out run-of-the-mill “Black shows” in order to make a quick buck; They were creating high-quality I.P. for major networks that not only entertained, but also educated their viewers – whether said viewers knew it or not. The creators of Hulu’s new original series Woke can be added to that list of modern-day storytelling revolutionaries. (Read Ed Martin's report on the development of this timely gem here.)

Created by cartoonist Keith Knight and Barbershop writer Marshall Todd, Woke stars New Girl’s Lamorne Morris as cartoonist Keef Knight (based on the real Knight), a Black man in today’s America who has somehow managed to avoid giving any of the pressing social issues that people of color face any place in his own life. The problem is that unless you’re a white person, opting out of racial stuff really just isn’t an option for you. At some point, one way or another, the blinders you have on will come down, and like the tagline of the series states, “Once you see the truth, you can’t unsee it.”

Woke follows Keef on his journey from willfully ignorant to woefully aware, and while it’s an experience steeped in clever comedy, colorful characters and creative visuals, it also hits home in an unfortunately relatable and visceral way. You see, Keef has a pending syndication deal with a major print publisher for his popular comic strip “Toast and Butter,” which, yes, is exactly as vanilla as it sounds. Turns out vanilla is Keef’s favorite flavor, mostly because the fan base that eats up his “Toast and Butter” dreck is like 85% Caucasian, and therefore not as keen on being educated about the realities of inequality and institutionalized racism via their Sunday funny pages and breakfast cereal boxes (see: white fragility). The point is, being woke would mess with Keef’s money, so he chose to “keep it light” … at least until he couldn’t.

While hanging some flyers for a convention at which he was supposed to close his publishing deal, Keef becomes a victim of police brutality as he is mistaken for a mugger in the area. While face down on the street in cuffs, being roughed up by about six or so cops with drawn weapons, he sees his white friend/roommate Gunther yelling indignantly at one of the cops who assaulted him, even going as far as to aggressively poke the officer in the chest.

For those of you who don’t know, that image is the exact definition of white privilege. How do I know? Because if I angrily poked a cop in the chest, I seriously doubt I’d still be here to tell you about it. This moment -- one filled with confusion, fear, shame, helplessness and anger -- is the catalyst that metaphorically opens Keef’s eyes to the truth: He’s a part of this fight whether he wants to be or not.

Believe me, I understand the inclination to not get involved, and many of the mechanisms that support the continuation of the inequalities engrained in every major industry support that feeling, to the point where even our peers occasionally reinforce those concepts. In the series, Keef’s other roommate Clovis (played by comedian T. Murph) tells him not to let his newfound wokeness influence his business decisions. There’s a lot of money on the line, and none of them are rich, so his advice is simple: “Maintain motherfuckah, maintain.” One of the agents at the publishing company Keef deals with offers a similar sentiment, telling Keef that he should’ve “played the game” before having the onstage meltdown he ended up having at the aforementioned convention after his run-in with the fuzz.

The style of this series is what sets it apart for me. Keef’s awakening is immediately followed by a series of hallucinations that seem to be his psyche indicating to him that he has undergone a fundamental change, and while the idea of a Black man literally going crazy after PTSD-inducing trauma isn’t a funny one, the hallucinations are amusing as hell. His inner voices become external and are channeled through inanimate objects he finds around himself, the first of which are two 40 oz. beers in a bodega voiced bycomediansNicole Byer and Eddie Griffin. After that we meet a trash can voiced by Cedric the Entertainer, a marker played by J.B. Smoove, and Toast and Butter themselves, played by Champaign Ill’s Sam Richardson and Arrested Development’s Tony Hale.

The human characters in the series are hilarious as well, and their diverse points of view in addition to the comedic chops of the actors that play them are what help Woke tackle the meatier topics that it tries to touch on. In the fourth episode, “Black People for Rent,” Keef puts flyers all over the Bay Area for a mock business that rents Black people out for events, the way one rents a party clown or a bouncy house. Gunther implies that this is irresponsible because, “You know how we get.”

The following episode -- “Dap, Peace, F*ck You” -- taps topics like sexual fluidity, gender politics, queerness and the relevance of race in romantic relationships. One episode later (“Prayers for Kubby”), a koala bear escapes from the zoo and is killed by a cop, which sends the city into a bigger rage than Keef had ever seen over the death of any Black person.

What works for Woke is its ability to capture the manic nature of a “woke” existence. The stylized nature of the series exemplifies the “we’re not in Kansas anymore” feeling of suddenly seeing the world from a new point of view and how that can affect every aspect of one’s life, be it professional or personal.

The biggest move Woke makes however, is its depiction of how Blackness is constantly being used for profit. Keef’s Blackness was fine for his publishing company, as long as he kept it light. In the third episode Keef is literally hired to be the “cool Black guy” at some rich white lady’s party, and two episodes later he literally blackens some of his art to impress some artistic elites.

The point here is that Keef would’ve been cool with all of that before he finally woke up, but once he finally did get that third eye open there was no going back. It wasn’t a fun process for him, but a necessary one, not unlike what our country as a whole is going through today.