Improving Decision Making: Framing the Task for the Media Buyer 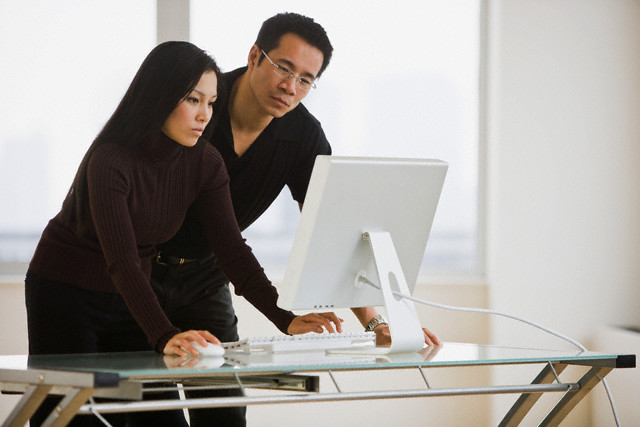 In this series we have taken the position that the simple expedient of thinking through what the right process would be for making specific types of decisions can lead to enormous improvements in marketing efficacy and efficiency.

So far we have discussed how this applies to how much to spend on marketing and when and how to modify brand personality. This post will focus on improving decision making in the context of framing the assignment to the media buyer.

A few years ago, a major advertiser incorporated purchaser targeting, which its AOR in principle applauded, and yet there was a good deal of foot-dragging in the actual implementation. The first obstacle was the increase in work required of the agency. This was mitigated by the research company which stepped in and absorbed that work. The second obstacle was getting the new data into the Donovan Media Ocean system. This was worked around using the Donovan extra column provided for anything other than straight standard audience groups. Still the expected double digit ROI lift benefits that had been publicized by other advertisers did not happen; instead, the increases were only single digit.

Further onion peeling uncovered the fact that the AOR contract was based on sex/age reach and CPM guarantees, so the AOR had no incentive to maximize anything else if it were to lower the sex/age performance even slightly. Even if the purchaser target density could be made to go up by 50%, if that dented the sex/age performance even by 1%, one had to go with sex/age if it appeared to be a close call as to whether certain guarantees would be met. Getting these age-old contracts to change turned out to be harder than it should be, and that work is still going on.

Another key factor was determined to be rotation buying. Years ago the advertiser because of its size could and should go for the lowest possible CPM above all else. Any form of targeting known back then (program specific buying, adding deep demographics, fusion) would not produce as much benefit as it would hurt the CPM. As Irwin Gotlieb says, “The networks trump targeting with price.” Purchaser targeting turned out to be different -- the sales increases from this new form of targeting can justify program specific buying with the premiums usually charged by most networks.

The well-known blood-brain barrier, or Great Synapse, between planners and buyers, as we all know, is where the carefully researched and well-thought out plans about who the real target is, are munged into sex/age simplification. Today that is still happening. The buyers are given no real incentives for bringing up the purchaser density even though TiVo Research has shown that for every ten percent increase in purchaser density on average there is a 7% increase in sales ROI or ROAS (Return On Advertising Spend) as it also known. With such a strong quantified and proven economic benefit, it would be well worth the advertiser providing bonuses to individual buyers as well as to the agency for increases in the purchaser density without sacrificing the sex/age metrics.

Who is in position to make the changes that will benefit every marketer? Those in a high position have the most power and can make these changes with the least risk of political capital. They also have the responsibility to do this. They take a risk by not being in the vanguard, for the world is finding out. Those at lower levels have a chance to stand up and take honorable risks in the proper ways by bringing to light these opportunities for improvement.

It all comes down to thinking out how each type of decision ought to be made, and creating the processes and incentives to ensure that it goes that way.

In the next post: Improving Decision Making by accelerating inevitable revelations -- speeding up the learning cycle by foresight -- including an exercise for cultivating the talent of foresight.

Merkle’s Andy Fisher has interviewed me on the future of television, which the performance marketing agency is publishing in bothvideoandblogform. Please enjoy and help us fill in what I missed.

Steve Douglas, the most renowned magazine audience measurement researcher in the world, has passed away. A lovable man, friend and mentor to all, who went to Don Quixote battle for the highest research standards every day of his life, will be honored on March 18 at 3PM at the GFK/MRI offices: 200 Liberty Street, New York City. Please RSVP to Leslie Wood at Leslie.Wood@Nielsen.com or leave a message at her office: 518-329-1602 if you will be attending.  Everyone is invited, wine and cheese will be served, those of us who knew Steve will recount experiences. Like, after I had published an article about measuring the audience of television by wristwatch-like devices detecting the unshielded radio frequency radiation off of TV tuners, Steve worked with inventor Lee Weinblatt to try to actually create the device and combined awareness-raising efforts eventually saw the actual creation of passive peoplemetry.