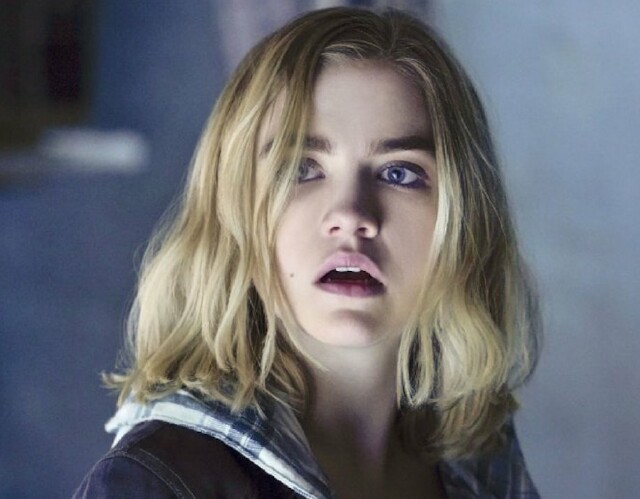 As a red-blooded American nerd (and proud of it) my interest in all things nerdy was recently peaked by Impulse, YouTube Red’s newest addition to its premium on-demand line up.  This sci-fi action series depicts a seizure-prone young woman who, as it turns out, has the power of teleportation.  Now even though seeing teenagers with “abilities” on screen is far from new, this particular project chose a less effects-laden route.  The writers took a “show more, explain less” approach to revealing the cruxes of the narrative -- as evidenced by how necessary every line spoken is to the forward momentum of the story -- instead of relying on existing fan bases and pre-existing characters … or did they?  My nerdy-sense had been tingling the entire time I watched this show, almost as if I was experiencing déjà vu, and for the life of me I couldn’t figure out why ... until I did!

In 2008, I saw a movie called Jumper starring Hayden Christensen and Samuel L. Jackson and directed by Doug Liman.  That movie was based on a novel of the same name written by Steven Gould. As it turns out, Gould continued his series of books -- Jumper being the first, then Reflex -– which led to his most recent novel, Impulse.  Cut to the present and both Gould and Liman have key roles in YouTube’s crack at the story, with Liman writing and directing at least two episodes and Gould doing character writing in the first two episodes of the series.

Aesthetically, Impulse felt familiar before I was even consciously aware as to why.  It’s opening sequence, the snowy small town in the background, the nasty school kids … it was all there, even down to the protagonist's obliviousness to what is going on.  This very closely mimics the visual tone of Jumper’s first act, in which it’s protagonist also went to a high school in a small, snowy town just before discovering his hidden powers.

Speaking of opening sequences, the kick-off in Impulse is actually a chase scene in which an extremely underdressed (and yet-to-be-named) character played by Keegan-Michael Key is running from an assailant in dark clothing through an icy tundra.  They tussle, and then … poof!  They’re in what looks like a crowded European subway car. Their fight continues as they teleport back and forth between the tundra and the train, until finally the assailant gets free of Keegan’s character and poofs away for the last time, leaving the underdressed man in the unforgiving ice and snow, presumably to die.  It's all extremely reminiscent of Liman’s Jumper, which featured similar chases throughout its second and third acts.  (FYI, several episodes in the writers still haven't revealed the identity of Key's character.)

Although Jumper was more “set it up and move along” premise-wise, no one at YouTube Red seems confused about the very non-movie lane that Impulse is in. The necessary amount of time was obviously taken when establishing Maddie Hasson’s character Henrietta “Henry” Cole and the emotional groundwork it was going to take to keep viewers locked in.  (Hasson is pictured at top.)

In the movie, Christensen’s character David only really had two emotional anchors, his absentee mother and his high school crush.  Other than that, his main goal was self-preservation.  Henry, on the other hand, doesn’t know enough about any of what’s going on to form any new goals.  She’s got the same old interests and concerns as any Millennial high school loner.

See, her teleportation powers get stirred up when she’s having one of her chronic seizures.  Seemingly set off by any form of intense stress, her powers flex a little during these episodes, causing the inanimate objects around her to be kinetically affected by some unseen force she is generating.  This is all unbeknownst to her of course because, well, she’s the one seizing.  Due to the nature of her affliction, normal things like driving, or just being at school, end up being complicated issues at best.  On top of that, her mother (Missi Pyle) is depicted as having been a rolling stone of sorts, at least up until the point where we meet her.  Henry yearns for some form of stability, which -– spoiler alert -– she probably isn’t going to get.

The other big defining feature of this series is its focus on females.  2008 was a long time ago, and besides the fact that America was a lot less orange back then, it was normal for a movie like Jumper to be a boys’ club; the director, all the writers, and both leads were male.  Impulse unapologetically turns this trend on its head, and in a big way I might add.  Of the ten episodes in Impulse’s freshman season, seven of them were directed by women.  Of the 12 writers on the series, four are women, with one, Lauren LeFranc, shouldering the majority of the episode work. Lastly, the three main leads are all women -- Maddie Hasson, Sara Desjardins (Jenna, Henry’s stepsister) and Enuka Okuma (Deputy Anna Hulce).

The infusion of the female experience on all levels is what truly sets Impulse apart from its movie of origin.  As someone who never really considered YouTube the place to find a high-quality series, I can honestly say this show has changed my perspective in that respect.  I can’t wait to see how the rest of the season turns out.