In Praise of CBS’ Colorized Classics 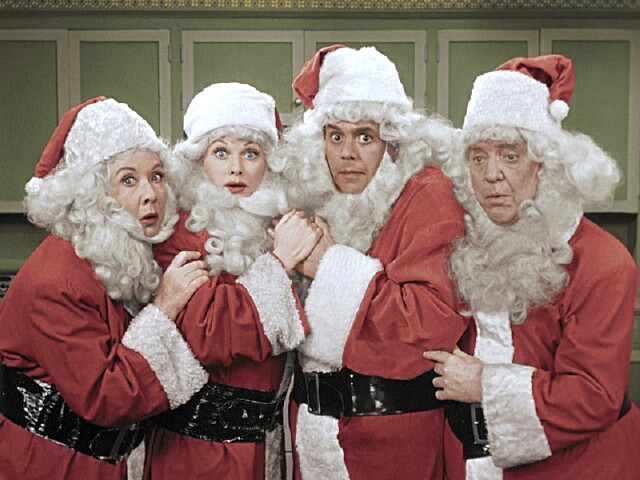 One came and went before I was born; the other when I was too young to notice.  But like millions of people to date all around the world, I eventually found I Love Lucy and The Dick Van Dyke Show in reruns and have never been able to get enough of either one.  In tandem with a number of golden oldies -- from The Twilight Zone and Father Knows Best to All in the Family and The Mary Tyler Moore Show -- these programs entertain me just as much now as they did way back when.

CBS in recent years has acknowledged the enduring and seemingly indestructible power of I Love Lucy, packaging two episodes together, colorizing them and running them as occasional (and very successful) primetime specials, usually around Christmas and Easter.  The network will do so again on Friday, December 22 with its annual presentation of The Christmas Episode (pictured at top), first telecast on December 24, 1956, and The Fashion Show(pictured below)-- first seen on Feb. 28, 1955. 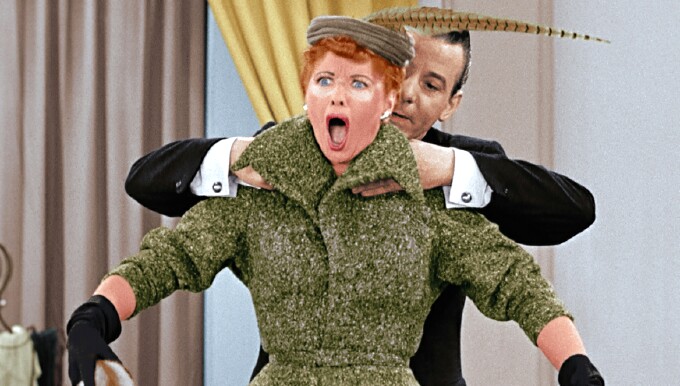 In The Fashion Show, Lucy (Lucille Ball) convinces Ricky (Desi Arnaz) to allow her to spend up to $100 on a dress at a fashionable salon Beverly Hills.  When an opportunity arises for Lucy to participate in a fashion show featuring glamorous movie star wives, she winds up spending five times that amount (big bucks back then)!  Lucy hopes that if she gets a mild sunburn, Ricky will feel sorry for her and forgive her for spending so much. 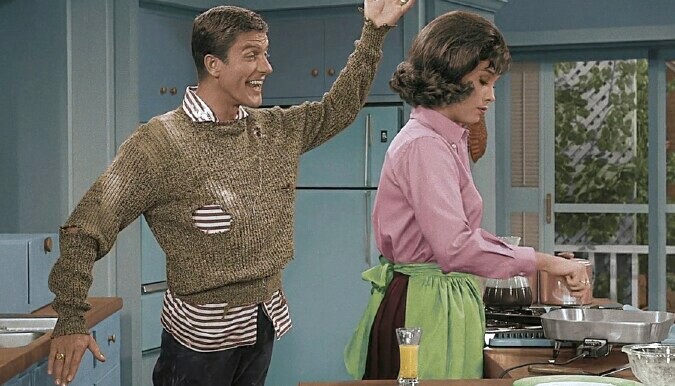 Those I Love Lucy classics will be followed by two episodes of The Dick Van Dyke Show, both colorized for the first time.  They are packaged as a holiday special, but they also serve as a loving tribute to CBS superstar Mary Tyler Moore, who passed away earlier this year.  The Dick Van Dyke Show creator Carl Reiner chose the two episodes because he considers them two of Moore’s best. 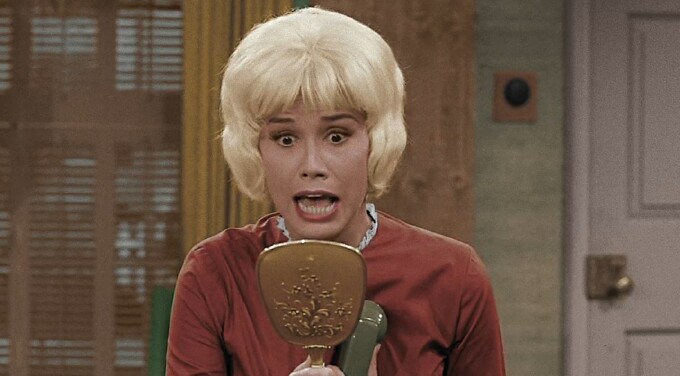 In My Blonde-Haired Brunette(pictured above), first presented on Oct. 10, 1961, Laura dyes her hair blonde when she fears the romance between Rob and her is fading.  In October Eve (pictured below), first seen on April 8, 1964, a painting of Laura returns to haunt her:  Although she posed fully clothed, the artist (played by Carl Reiner) took the liberty of undraping her. 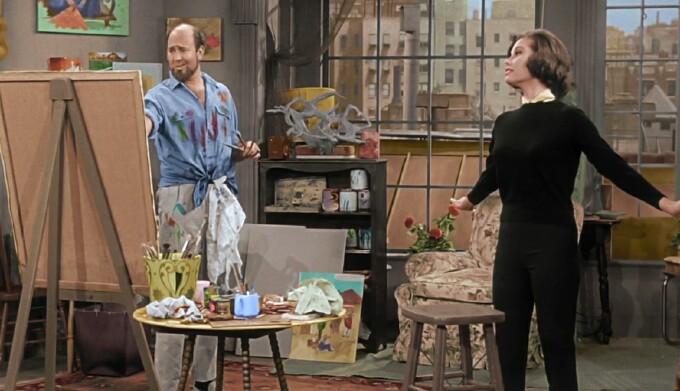 As we saw once again with the recent Carol Burnett retrospective, CBS continues to find ways to distinctively repurpose content and celebrate its heritage at a time when all of TV past and present is available to us all of the time.  The network is making great shows readily available not only to those of us lucky enough to have grown up with them but to younger people who may never have seen them, especially if they were originally presented in black and white, which seems to be TV anathema to Millennials and Gen Zers.

To put that another way, CBS is introducing some of the best television programming ever produced by true trailblazers of the medium to new generations of viewers who don’t know what they missed or have been missing.  Similarly, Syfy performs the same public service on many holiday weekends with its marathons of episodes of The Twilight Zone in their original and gloriously eerie black and white.  Watch for those timeless treats over New Year’s weekend.