Love Is in the Air: How UniMás Is Boldly Capturing the Hearts of Hispanic Audiences 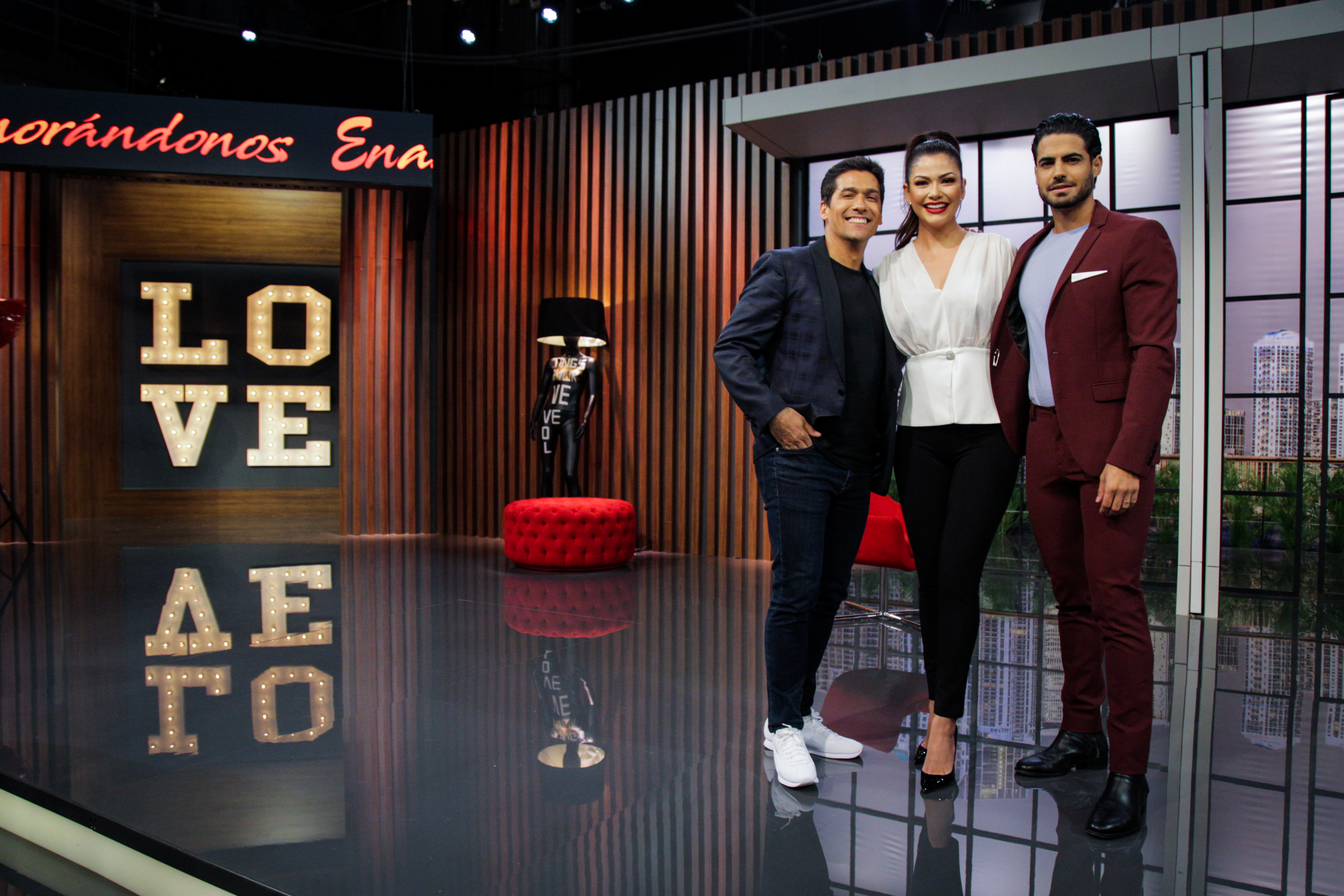 This September, Spanish-speaking romantics across the United States will be invited to find their true soulmate on live TV, and viewers will have an opportunity to weigh in. The resulting relationships won't be the transient rendezvous of typical dating shows, but instead, will be the sort of love that results in celebrating your platinum wedding anniversary — yes, just like the seven decades of ardent togetherness your great-grandparents had.

In our world of cynicism and nonstop political machinations, this is all part of a bold programming strategy by UniMás, a Univision Communications Inc. network, to inspire their Hispanic audiences to "vive la differencia" and celebrate the universal human need for love, while ensuring the network attracts high-profile advertisers along the way.

This new love-discovery show is called Enamórandonos (Love Is Calling), based on the Turkish hit Love Is Calling by SoHo Formats. It's a distinctive live reality offering that essentially accelerates what destiny has already in store for you and allows the world to watch as you fall truly, madly, deeply for that elusive soulmate that Tinder would have certainly failed to uncover. Serving as TV's most glamorous matchmakers and charismatic co-hosts are Chile's best-known TV celebrity, Rafael Araneda (pictured above left), and popular Univision personality Ana Patricia Gámez (pictured above).

The two-hour nightly show represents the "cornerstone of the UniMás strategy of live, bold, and alternative programming," according to Elisa Segovia, vice president, corporate marketing and brand strategy at Univision. Segovia adds that Enamórandonos is not a shiny new experiment; it has a long record of success in global markets, including Colombia, Germany, Mexico, Romania, Kazakhstan and Turkey. That success is measured by tangible "love metrics": 500 marriages and 272 babies around the world.

In a world of escalating costs for scripted fare (typically, a 30-minute reality show costs approximately $100,000–$500,000 per episode) some networks are relying more and more on the more cost-effective reality genre with new twists to keep audiences enthralled. Airing from Univision's studios in Miami, the ambiance — filled with fun, drama, and the inevitable "happily ever after" of the Enamórandonos romance reality show — is amplified by the energy and anticipation of a live audience and the expressive rhythm of a live band.

Every aspect of the show leverages UniMás's insights-driven approach to programming that Segovia and her team have championed to continually engage its audiences across 70 million households. Balancing Hispanic values — from collectivism (friend and family focus) to progress towards the American Dream to carefully balancing traditional approaches to love and marriage — with the digital reality of the incandescent swipe, the show epitomizes what Hispanic Americans (in fact, all Americans) are yearning for when it comes to the deepest of human emotions.

Enamórandonos exemplifies the live, bold alternative approach Univision is taking with UniMás programming, including sports and news. In fact, the launch of the new strategy kicked off with Noticiero Univision Edición Nocturna, the first and only Spanish-language news program at 10 p.m., co-hosted by high-profile veteran journalists Patricia Janiot and Enrique Acevedo. According to Segovia, "It has already garnered 350,000 total viewers for the 10–11 p.m. timeslot because of our commitment to authentic stories and live reporting straight from the community as the story breaks."

Combining the audacious reality programming and highly engaging news content with robust sports programming (mainly focused on live soccer matches and related soccer programming) has resulted in weeknight prime ratings increasing by more than 30 percent — a testament to the success of the new strategy.

Higher viewership translates to a more attractive value proposition to advertisers, who spent $9.2 billion in 2017 to reach the nation's nearly 60 million Hispanic consumers. Hispanics currently have $2.1 trillion in spending power.

Advertisers are always looking for cutting-edge, cross-platform, and digitally savvy programming. Enamórandonos embodies that, as well as being a brand-safe, family-friendly environment. From strategic product placement by food and beverage advertisers during the contestant's tête-à-tête at the Coffee Corner, to an automotive tie-in during that highly anticipated drive to the first date, to skincare, beauty, and retail opportunities in the lead-up to the all-important marriage proposal, brands have numerous opportunities to be part of a proven reality franchise.

"Enamórandonos is a prime example of why our partners have been energized by the shift in our programming strategy for the UniMás network," said Luis De La Parra, senior vice president, Partner Solutions at Univision. "Enamórandonos, along with our live news and sports programs, has created a rich environment for brands to be incorporated into a family-friendly show in an authentic and meaningful way, which we have seen, establishes a true connection with our audience. We are excited for the opportunities that the franchise will bring to UniMás and look forward to showcasing these integrations following program launch."

Enamórandonos is very much a cross-platform show, heavily reliant on digital for sourcing contestants, engaging audiences, and creating ongoing buzz. Given that Hispanics over-index on smartphones and social media networks, according to Nielsen, this provides a fertile ground for further advertiser integration across online, mobile, and in-app opportunities. Segovia and her team are following in the footsteps of reality shows that have hit the jackpot in securing long-term and committed national advertisers.

One of the reigning kings of reality-TV ratings, American Idol, for example, has created entire branded content segments to showcase its advertising partners, such as Apple iTunes, AT&T Mobility, and Ford Motor Company. Survivor contestants have been rewarded with Snickers chocolate bars and Doritos nacho chips — all organically woven into the show narrative. This is precisely what UniMás, as the third-largest U.S. Hispanic network, is targeting for Enamórandonos, which reached nearly four million Total Viewers 2+ during its U.S. premiere on September 8.

At the end of our conversation, Segovia reminds me about the artistic Spanish metaphor when describing one's beautifully perfect other half: "mi media naranja" or "my half orange." In many ways, UniMás has created several sweet pairings with Enamórandonos: its charismatic hosts, well-matched contestants, and partnership opportunities that will live well beyond the hype of the premiere.