Media Experts Agree, 2020 Is a Decisive Year for Advanced TV 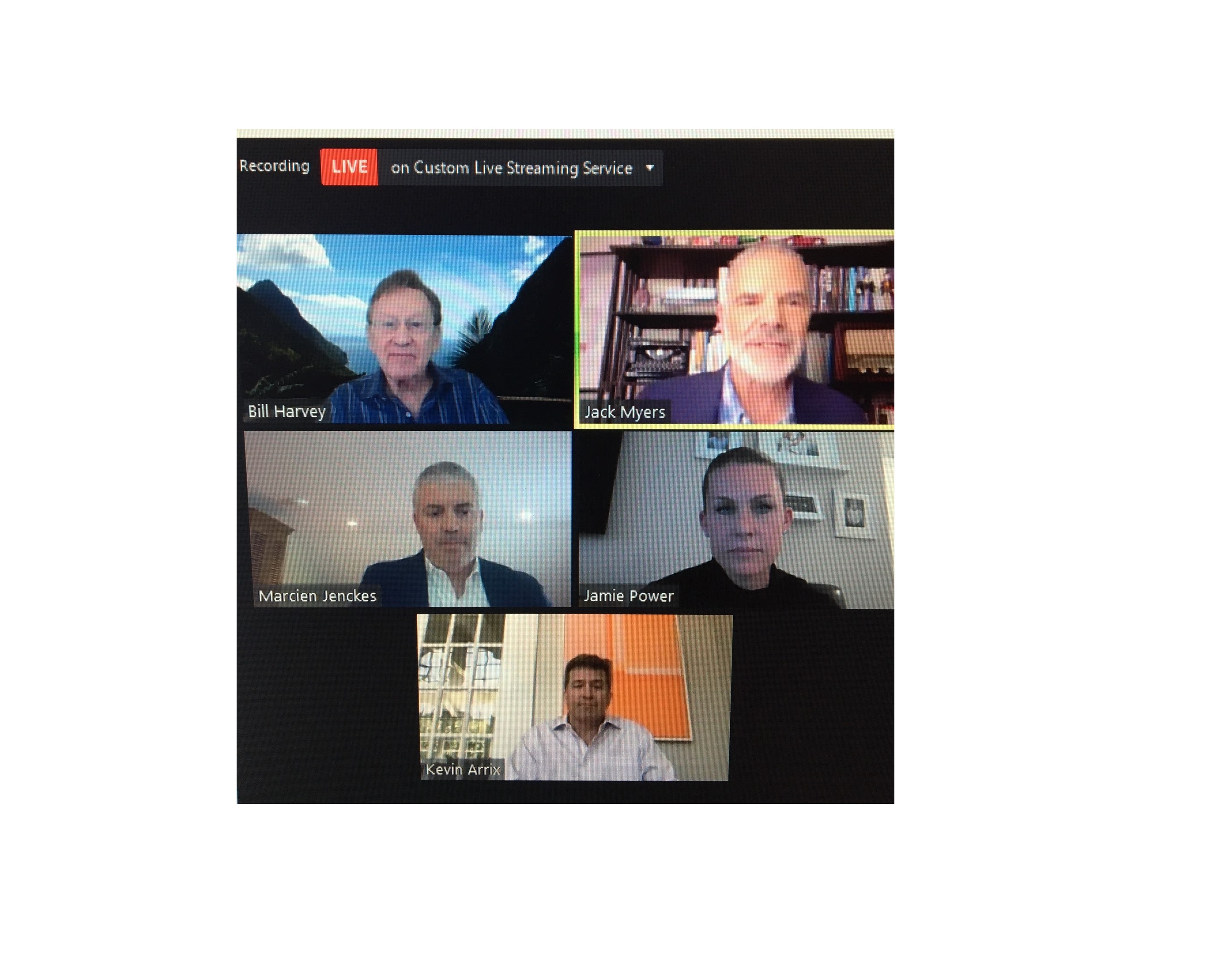 Despite nearly a decade of advanced TV growth, one thing remains clear — the industry landscape still has guarded pathways that need clearing to reach target audiences. But there's optimism these barriers will soon be removed. In fact, there's an urgency throughout the ad world to make 2020 the year for real change — something all panelists agreed on at the most-recent Jack Myers Leadership Conversation, available for on-demand viewing at MediaVillage. Watch the conversation here.

Three advanced TV topics were brought front and center during the conversation:

"People are realizing they can't compete on their own — that unless all of us figure this out, we're not going to be successful because the clock is running out," says Marcien Jenckes, President of Advertising at Comcast.

This is a sentiment shared by the entire panel, particularly when it comes to getting broadcast networks on board. And while bridges are being built with the likes of HBO Max and Peacock, there's yet to be a big bridge with enough lanes for all services to drive profit together and allow advertisers to switch lanes with ease.

What would such an open road do for advertisers? Build much-needed inventory.

"The big money comes when we get the network inventory," says industry expert Bill Harvey. "The two minutes an hour is not going to make it a big business. The $30 billion comes as soon as you switch over to start making network addressable." And that may be sooner than later. Harvey says the industry is "a deal away from being able to get CBS and all of the other big networks, cable networks, and broadcast networks to practice addressability."

And although we're on the cusp of major advances to unify the industry, Chief Operating Officer at Cadent, Jamie Power, offers a valid point of caution. "I think all of the betas that are happening with Nielsen and other partners to enable national addressability are great. However, the networks also need to work together because there's limited value for an advertiser to buy addressability on just one network group."

Kevin Arrix, Senior Vice President of Dish Media Sales, understands the need for a unified approach as well and doesn't think it's necessarily a "winner take all" scenario. He believes marketers and agencies need to be plugged into two, three, and maybe even four options.

Simply put, "We have to band together and lock arms or we're getting our lunch eaten by Facebook and Google," says Arrix.

The biggest proponent for simplifying the Advanced TV model was Cadent's Power, who has a unique perspective seeing the industry in its totality."I think one of the reasons why the marketplace doesn't advance is because we do overcomplicate it. If we can't even agree and [for instance] DISH goes in and says one thing and then I go and say another, it makes it really confusing, and there's not trust in the marketplace to try it."

DISH's Arrix agrees and points out that even industry definitions are not consistent and provides his take."Advanced TV is a holistic category that I would define as anything data driven. I think addressable is part of the advanced TV marketplace and defined as 'deterministic.' That's the line, in my opinion, that makes something addressable or not addressable."

Harvey injected that the biggest factor for simplification is proving that addressable TV offers a higher ROI, and this is becoming easier as many individual parties have their own data, not depending on Nielsen as in the past.

Myers asked, "Has COVID-19 accelerated or slowed the process of addressable TV?"

Cadent's Power observed that, "One thing that's happened with COVID-19 is that there's more and more eyeballs watching TV. We know by the end of this year we're going to likely pass the threshold from linear to non-viewing. Fifty percent (50%) is going to go into nonlinear viewing, so data is the only thing that's going to win in this marketplace."

She also added that, "Programmers need to extract incremental yield out of their spots and ads for consumers need more thoughtful, creative messages."

And what do the numbers look like for 2020 in a COVID-19 world? Host Jack Myers states that overall media is down 22-23%, while advanced TV up 12%. But as Arrix points out that despite seeing an increase, advanced has still been hit hard and numbers are far below what was projected for 2020.

So what upcoming advancement will be the biggest for advanced TV? Harvey predicts A/B testing, which will be a game changer.

And perhaps Comcast's Jenckes best summarized the future saying, "My fear is that unless we unite, we will be painted with the brush of the weakest player within TV. And if that's the case, then we can all start the clock right now. But the good news is I don't think that will happen with the progress we've made."

Is It Now or Never For Advanced TV? Collaboration Will Tell Us by Charlene Weisler

A United TV Advertising Front, and How to Start It by Simon Applebaum

Will 2020 Be the Breakout Year for Addressable TV? by Bill Harvey

Addressable TV: On the Cusp of Going National Scale by Jeff Minsky

Nathan is a professional marketer whose focus centers on content and design to tell a story that connects with target audiences. His career includes serving as Content Writer at Cox Custom Media, Marketing Manager at the non-profit Senior Solutions, and m…