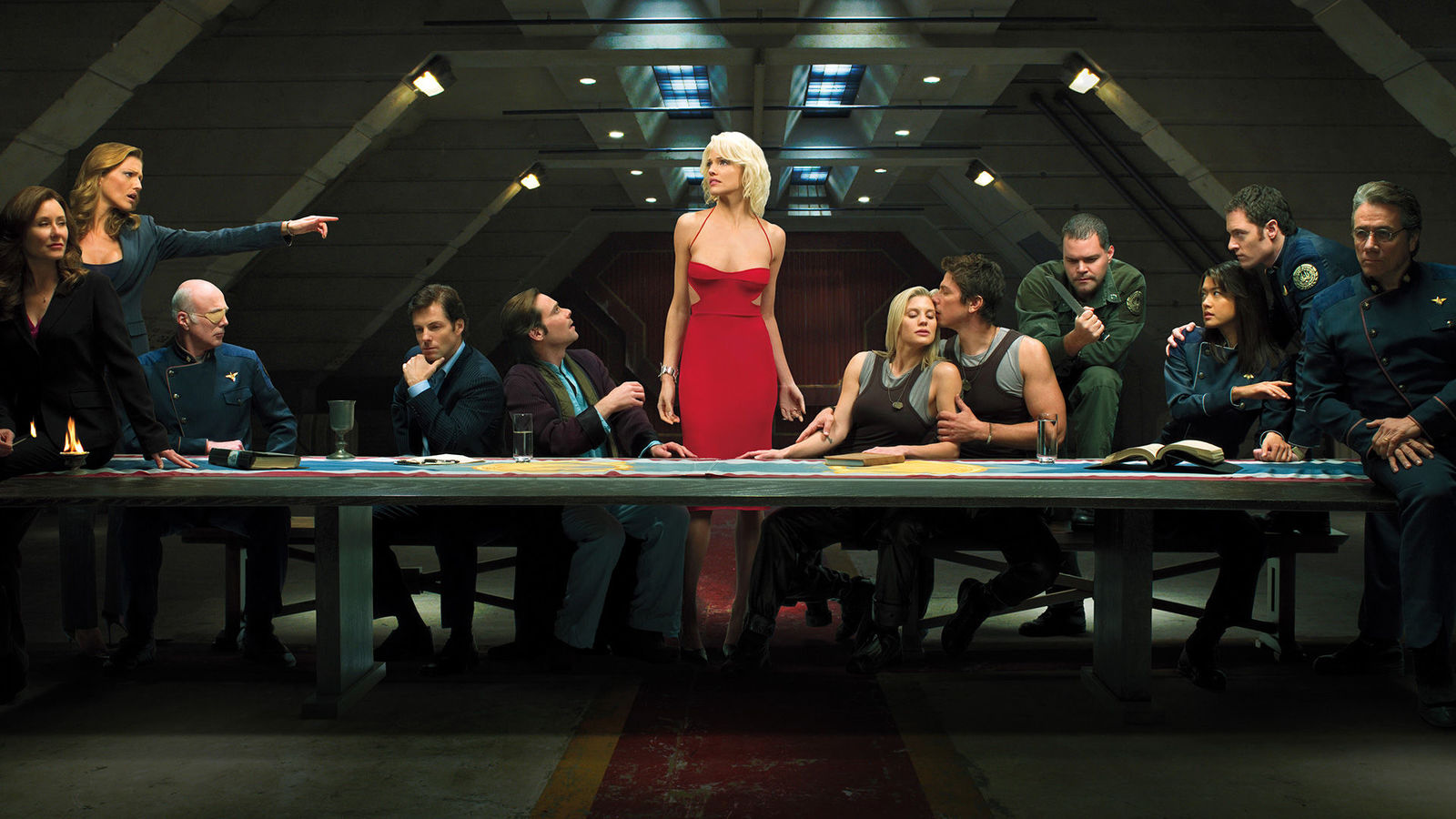 Known as an adroit storyteller, Ronald D. Moore surprised attendees at the Media Insights & Engagement Conference in New Orleans with an unexpected revelation. Moore, the successful writer and showrunner of Battlestar Galactica (the first reboot), Outlander, and the new Apple TV+ series For All Mankind, was the opening keynote at the conference, which gathers media researchers and heads of insights from the top media companies in the world.

Interviewed by Starz director of consumer insights and analytics Dominique Batiste, Moore was on stage to speak on using data in creative storytelling. The interview got very real when Batiste asked Moore how he uses data and audience feedback in the creative writing process. “Creating a show is not a democracy. It’s my tyranny. We have to have a singular vision for the story,” he replied. “We are glad to hear what the audience thinks, but it’s rare that I’ll take that to the writer’s room.”

Moore admitted that he enjoys hearing when the data turns into kudos, but even that doesn’t impact the storytelling process.

You can imagine the nervous laughter in a room full of insights professionals hearing that their work is, essentially, irrelevant — at least in the eyes of a top Hollywood representative and highly successful member of the creative community. Moore was respectful about data throughout the discussion, noting that he completely understands the amount of effort put in, generally good intentions, and professionalism of data and insights leaders.

Even so, Moore’s dismissal of data insights is a bit ironic. In his version of Battlestar Galactica, ultimately, the Cylons (robots whose AI has achieved a level of self-awareness) and humans find a way to coexist and learn from each other. Apparently, Hollywood writers haven’t evolved there yet.

Over the past 10 years, the focus of the advertising business has been on audience, data, efficiency, and wonky issues such as reach attribution, frequency capping, optimization, and risk minimization. All of these are important. Yet, somewhere along the line, many in our industry forgot or minimized the fact that advertising is a creative business — part science, but, for the most part, art.

During the days leading up to the Super Bowl, the creative part raises its head as the PR and social noise levels ramp up. However, after the big game, we’re back to hyper-focusing on short-termism and turning every campaign execution into an exercise in direct response, whether it should be or not.

Moore related two stories that likely influenced his ambivalent feelings about data and provided something for us media pros to consider. The first: Prior to being picked up as a full-fledged series, Battlestar Galactica was a mini-series that the Syfy channel had fully committed to. After screening the pilot, the numbers that came back were terrible. Moore, looking on the bright side, said that because the numbers were so poor, the studio basically left them alone to finish the mini-series with full creative control.

Once the mini-series came out, it drove great numbers and was picked up. Had the studio just gone off the initial data and shelved the project prematurely, we would have never been given the opportunity to view what is arguably one of the best television series (sci-fi or otherwise) of the past two decades.

The second story Moore shared relates to one of the early episodes. There is a pivotal character development scene where the Cylon known as Six kills a baby (not directly seen but heard). The motivation for the character to do this, per Moore, was actually merciful, but the network was very nervous about the scene. It is a hard scene to watch and the numbers show that the episode caused some viewers to stop watching the series. Yet, over the years, the scene has become iconic, defining the paradox of the evolving nature of the Cylons and raising the quality of the show.

Had the network used the data to justify watering down the show, the authenticity would have been lost and the long-term brand would have been damaged. Instead, allowing the creative vision to supersede a data learning increased the value of the show over the long term to the point where there is another Battlestar Galactica spin-off series from Mr. Robot showrunner Sam Esmail launching on Peacock this year.

I have no doubt that a number of you reading this are thinking to yourself, “OK, that’s fine for creatives, but I have savings goals and efficiencies to meet. Not only that, for the past 10 years, I have been investing and completely restructuring my business to take advantage of petabytes of data that consumers create, to which the digital era gives me access.”

All of that is true. But the next few years will bring substantive change on how you use data, the cost of using that data, and the significantly greater risk in using that data without a well-executed (and likely expensive) compliance plan. Additionally, as 5G and the dawn of new immersive video ad types — which are capable of tremendous emotional impact — roll out, over-focusing on short-term efficiency could well do long-term brand damage.

There’s been a power ping-pong between strategy and investment for years. Compensation models that reward agencies for meeting cost savings goals drove the ascent of investment teams and the evolution of strategy teams to perform less like strategic partners and more like account managers. It’s no wonder that quite a few marketers, with exceptions, view their agency as an execution arm, not as a strategic partner.

Part of the answer to all of this, of course, is more equitable compensation models for agencies by marketers who do not encourage alternate means of driving margin. The race to the bottom is over. We’ve hit it.

As our society evolves its relationship with data; as creative canvases evolve to bring much more intricate, complex, and emotional experiences to consumer; and, as the basic supply and demand curves of paid premium video ad impressions become inflationary, rediscovering the importance of strategy as an equal partner to investment is the only solution to drive growth in the 2020s.

Just as a showrunner has a vision and roadmap for the twists and turns in their storytelling throughout a season, so too can a good media strategist be the keeper of the macro-level view without solely focusing on how much revenue a single impression delivers within hours (or days) of a view. A good strategist will be able to identify not only the most efficient, but also the more effective partners across the entire cross-channel ecosystem. More importantly, a good strategist will go out of their way to fit the creative, the media, and, yes, the data into the short-term “episode” along with the long-term “story arc” to create a truly effective campaign.

Marketers should demand and agencies should welcome the return of strategy.

So say we all!