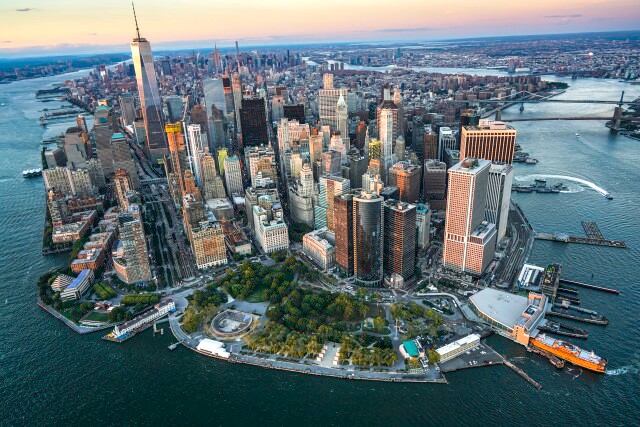 A roundup of the week's key news from MediaVillage member companies and the wider media industry. This week, Yahoo readies a fire sale of assets, Tribune Media considers having its own fire sale, Vice launches its TV channel with a promise to revolutionize advertising, Verizon and Hearst want mobile Millennials to watch their new channels and Clear Channel billboards could soon be watching you -- plus much more news to keep an eye on.

Yahoo Prepping to Auction Off Its Core Internet Business

Reports that company has begun sending nondisclosure agreements to prospective bidders, rumored to include Comcast, Verizon, AT&T and Time (via Investor’s Business Daily).

+ Ad Agencies Weigh In On Yahoo's Uncertain Future (via MediaPost)

Tribune takes $385 million write-down, discloses that it has hired two investment banks to help sort through sale or partnership options for its various TV, digital and data assets (via Variety).

New channel pledged to carry only about half of the 18 minutes of ads that most cable networks air in an hour. So far, most ad partners are still in the early stages of planning how to do business with Vice (via WSJ).

“Over time we are looking to turn ourselves more into a marketing services group than just an advertising sales team” (via WSJ).

Verizon and Hearst to Create TV for Mobile Millennial Viewers

Joint venture will develop programming for young adults to watch on their phones and launch with channel for “Millennials from the heartland” and one offering a comedic take on current events (via NY Times).

Network is looking to secure a deal that will allow it to stream its NFL games to subscribers of its over-the-top streaming service, CBS All Access (via AdAge).

+ Leslie Moonves on Donald Trump: "It May Not Be Good for America, but It's Damn Good for CBS" (via Hollywood Reporter)

It’s the latest move by Disney to fend off worries about cord-cutting eating away at its crown jewel of television business (via The Wrap).

Nielsen Doubles Down on Media Planning With Latest Buy

Advertising Company Will Use Its Billboards to Track Passing Cellphones

Clear Channel Outdoor is starting a new program called Radar that will use billboards to map real-world habits and behaviors from nearby consumers (via NPR).

Outfront is beta partner for xAd MarketPlace, the “first and only fully transparent, self-service platform for the buying and selling of locations” (via PR Newswire).

It isn’t promising huge sums. But it’s still a big deal, conceptually, for a company that has previously shied away from licensing content or paying creators (via Re/code).

Spotify is quietly funding a startup that could break open a whole new market for streaming music "Two-thirds of businesses play CDs still… we stumbled on an area that hadn't been digitized” (via Business Insider).

Ad Blockers Are Making Money Off Ads (And Tracking, Too)

Their business models aren’t too far off from the very ones that publishers and advertisers use to make money on the web (via Wired).

+ Mondelez: We would welcome a bit of ad-blocking (via Campaign)

Current senior vice-president of Europe, Oli Whitten is to take over Stevens' role as head of international on an interim basis (via The Drum).

WPP's GroupM is believed to be the agency group that has the single, largest part of Ikea's business (via Campaign).

+ After Mediapalooza 2015, activity heats up again (via AdWeek)

+ Getting the Most from Your Media Buy Means Improving Metrics

Explain it Like I’m Eight -- Programmatic: Buying With Computers Instead of People (via AdAge)

“In talking to global CMOs for the last year, it’s clear they know this is a space they need to dig deeper in” (via BeetTV).