Michael Farmer on the State of the Advertising Industry Today and in the Near Future: Part 2 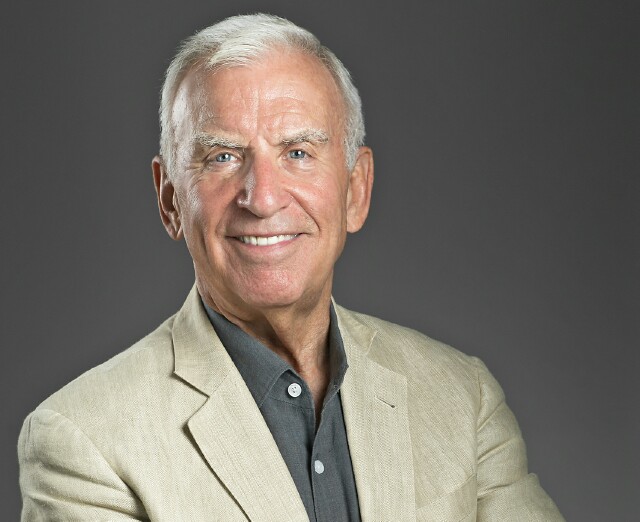 Editor's note:  This is the conclusion of Jack Myers' two-part interview with Michael Farmer, a consultant to the advertising industry since 1992, a former MediaVillage contributor and the author of "Madison Avenue Manslaughter: An Inside View of Fee-Cutting Clients, Profit-Hungry Owners and Declining Ad Agencies."  We are pleased to welcome Michael back as lead columnist for our new Creativity Village platform.  To submit requests to Michael for interviews, contact E.B. Moss at eb@MediaVillage.com.  If you missed it last week, be sure to read the first part of this wide-ranging discussion about the prospects and challenges facing the advertising industry.

Jack Myers: Last week we talked about the deterioration in agency-client relationships -- fee cuts, shorter relationships, in-house agencies, etc.  You said that agencies were downsizing and liquidating their capabilities -- becoming less capable of helping their clients solve “brand growth problems.”  You predicted that this would lead to financial problems for the holding companies. This did not paint a very optimistic picture of the industry.  Where do you think things are headed?

Michael Farmer: There’s a difference between where things are probably headed and where they could be headed.  In a funny way, I’m still optimistic about the potential for a turnaround in the industry.  As long as advertisers have performance problems -- stagnant brand performance, for instance -- there are attractive opportunities for problem-solving partners.  The question today is whether the current leaders of advertising agencies and holding companies will transform their operations and help them become the problem-solvers that their clients need.  This is where I have concerns and doubts.

Jack: So, this is a leadership problem rather than a lack of opportunity?

Michael: Exactly.  Somewhere along the line, senior agency executives lost a sense of the purpose of their agencies, which was to help clients grow and become more profitable.  David Ogilvy said, “We sell or else.”  Granted, agencies have been preoccupied, adjusting to a number of very big changes in the industry -- being bought by holding companies, seeing media commissions give way to labor-based fees, dealing with globalization, having to work with procurement, adjusting to digital and social media.  These are massive changes, and I think that agency CEOs “lost the plot.”  They became more tactical and transactional, worrying more about “how do we make profits for the holding company in the midst of these changes” rather than “how do we rekindle growth for our clients.”

Jack: Do you blame the holding companies for these problems?

Michael: Not really, although I do think that they could have been more mindful and helpful along the way.  The holding companies expected their agencies to become more efficient and profitable, and to be paid in a professional way.  They did not expect their agencies to rely 100% on downsizings to generate profits.  Martin Sorrell once told me, “We pay the highest price for the best CEOs in the world.  Surely they are not so stupid that they don’t know what work they’re doing and how much they should charge for it.”  Unfortunately, he was wrong; Scopes of Work and fees are unmanaged by WPP (and other) holding company agencies.

Jack:  What about “results for clients?”  Advertisers compete with Amazon and other on-line retailers.  Baby boomers are dying out and Millennials don’t buy in the same way.  No one is sure how well digital and social media perform compared to traditional channels.  CMOs are in and out every three years or so.  Are you suggesting that agencies should solve these problems?

Michael: Absolutely, but they’ll have to dig out of a deep hole first.  They don’t have the talent or problem-solving cultures.  If they can’t help their clients solve these problems, then they’ll continue to decline.  What’s really happened over the decades is that it has become more difficult to generate brand growth.  During the Creative Revolution days, after 1960, advertisers only had to spend lavishly on TV and agencies only had to develop “creative ads.”  The economy was growing, baby boomers were buying and brand growth took care of itself.  We’re in a different place today.  The market is saturated with goods, brands have less meaning, future economic growth is uncertain, Millennials are saddled with debt, and media has fragmented in a thousand ways.  Agencies still say that “creativity” is the answer.  They’re kidding themselves.  What’s needed is “problem solving” supported by creativity.  What’s missing is the problem-solving.

Jack: It sounds like you’re describing a consulting firm rather than an advertising agency.

Michael: That’s pretty close!  Given the complexities of the marketplace today, agencies need to evolve into “consulting firms with creative capabilities.”  That may explain why Accenture, Deloitte, IBM and PwC are so aggressive in the industry today.  They are consulting firms, and they’ve acquired creative capabilities.  They can solve brand strategic problems and then carry out the creative, media and production work as implementations.  Problem-solving first; creativity second.

Michael: Consulting firms with creative capabilities.  Each of the holding companies is headed in this direction by “downgrading” the existing agency brands and repackaging agency talent in new ways.  Mark Read is merging agencies, in part, to create greater problem-solving capabilities. Arthur Sadoun is refocusing Publicis Groupe to become a single mega problem-solving agency.  Omnicom created We Are Unlimited to help McDonald’s solve its well-known performance problems, along with doing its advertising.

The direction is clear; the big question is “will it succeed?”  My fear is that the holding companies and the agencies have no pricing strategies to be paid consulting-like fees, and that they will continue to be stuck with underpaid and overworked people.  If so, the agency ship will sink, along with the holding companies.

Jack: We’ll know sooner rather than later.  Thank you, Michael.  MediaVillage will watch and report on the transformation of the industry in the coming years.