NCM'S Next Stop -- The Noovie Zone: Upfront News and Views

By Simon Applebaum May 25, 2017 Upfronts/NewFronts Archives 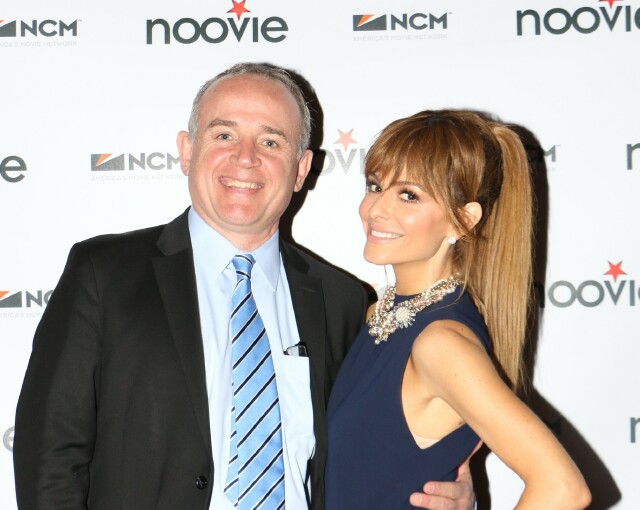 National CineMedia had its annual Upfront turn last Wednesday afternoon, again timing the event amid the final cable and broadcast Upfront showcases of the season.

Venue:  The largest room of AMC's Lincoln Center multiplex on Broadway, within walking distance of Alice Tully Hall.  After picking up popcorn and/or soda in the lobby, attendees saw something different walking into the theater.  NCM’s interactive audience attraction Name That Movie filled the widescreen, where picture clues were drawn, one at a time, and guests had 4-6 seconds to guess a famous movie title.  Inventive way to engage the crowd before the presentation.  Even better, nothing was repeated, and there were a fair number of stumpers in this game.  Little did anyone know at this point Name That Movie was not just a one-and-done effort.  Grade: 4 Jacks

Presentation:  There’s nothing like a sizzling movie preview to kick-off an appeal for cinema advertising.  NCM couldn’t have selected a better scene than a high-octane car chase easily comparable to the best ever filmed (think Bullitt or The French Connection).  We're talking the first scene from Baby Driver (out this summer), shown in its entirety.  A scene like that can really rivet viewers only in a theater, NCM CEO Andy England told the crowd.  "Why would you watch that on a smartphone?" he asked.  What's more, movies are now a one-of-a-kind digital experiences that on any given weekend draw more live audiences than many TV series do throughout the week, he explained.  (England is pictured at top with Maria Menounos, host of NCM's First Look and What's Noovie? features, detailed below.)

It's that deep engagement level, and the growing diversity of the audience, that now has NCM operating as a progressive digital enterprise, and that's how business will evolve from this point forward, declared NCM President Cliff Marks (pictured below) and new Chief Revenue Officer Scott Felenstein.  "We want to be the connector between brands and movie audiences," Felenstein said.  This new business approach will include new post-movie and out-of-theater initiatives, Marks promised.  Grade: 3.5 Jacks 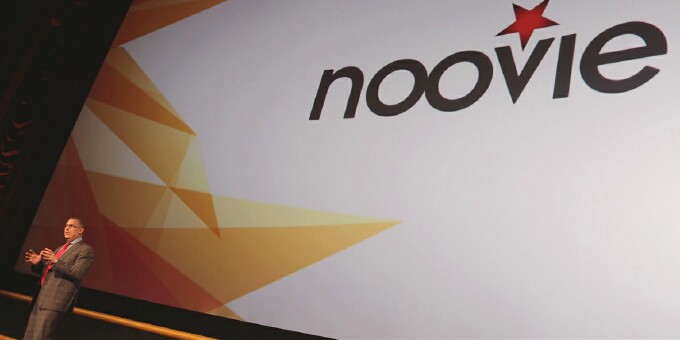 News:  First Look, the long-running assortment of pre-feature messages, will turn into Noovie this fall (exact date to be determined).  This will be a mix of commercials and entertainment-related short subjects, starting with What's Noovie? actor profiles and Soundcheck music segments (produced by Sony's Rumble Yard unit, a NewFront presenter one week earlier).  Indigenous Media will produce a set of mini-docs on community projects that will run at theaters operating in those areas.  When What's Noovie? is not playing, Name That Movie will run on the screen, to be followed later on by Fantasy Movie League, where attendees can predict the box office performance of a film for prizes (based on the popular mobile app).  Later this fall, a Noovie mobile app will be offered on smartphone with ticketing, augmented reality and merchandise commerce opportunities. Grade: 4 Jacks

Star Time:  Stars were on-screen only, in trailers for Bad Moms' Christmas, Girls Trip, Star Wars: The Last Jedi and other flicks.  No Jacks score.

Cuisine:  Outstanding, plentiful selection of tasty treats, all from Harlem-area restaurants in advance of the annual Harlem Eats festival.  Best eats: everything from salmon poke to truffle macaroni and cheese and sweet potato waffles on a stick.  Arguably the best food served anywhere during Upfront Week. Grade: 5 Jacks (Note: Cuisine ratings are not factored into in the overall Jacks score.) 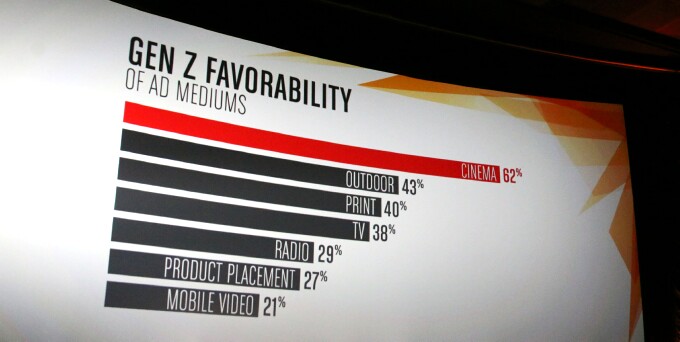 Data Insight: Sixty-two percent of Generation Z-age respondents to a recent survey said cinema ads were the kind they like best, compared to 21 percent for smartphone ads and just three percent for TV ads (see image above).  The average age of people viewing ads through First Look is 32.  Grade: 3 Jacks

(Special Notes: First, huge credit goes to NCM for responding to criticism last year about opening its Upfront presentation with a sizzle reel featuring scenes of extreme violence from adventure/horror/superhero/science fiction hits.  The Baby Driver sequence was thrilling and no one was maimed on-camera.  Second, now that 60 percent of all U.S. households possess smart TV sets or TV-equipped devices like Chromecast, Apple TV and Roku, and usage of these sets/devices is growing rapidly, how about delivering that Noovie app and related services to this universe?)