"New Girl" -- A Basket of Adorkables 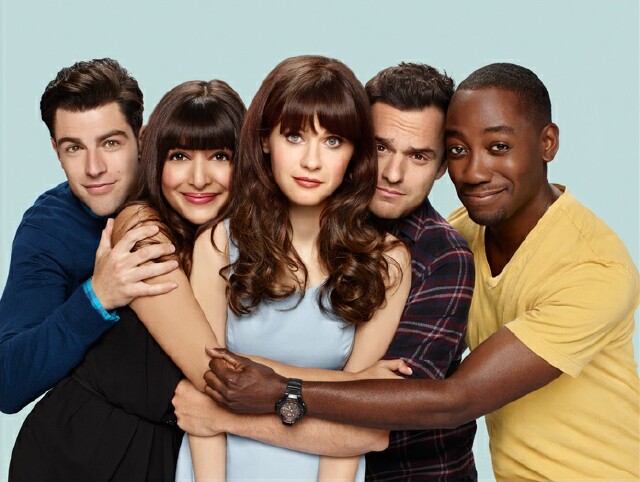 Back in 2011 the sparkling new Fox comedy New Girl introduced the world to Jessica Day.  She had just gone through a super embarrassing break up and needed a place to stay somewhere in L.A.  Luckily she ended up moving in with three roommates in a beautiful factory-turned-loft who happened to be looking for a fourth.  It didn’t take long to realize that this group of emotionally over-the-top young adults was anything but perfect; but in the seven seasons that have followed they have learned to love one another almost as much as the audience has fallen for them.  Now, their collective story of friendship, sex, love, friendship again, and then more love (sex is implied in that last one) is coming to an end, and my biggest fear as a day one fan is that, like many great shows before it, New Girl might also abandon what we loved about it before leaving us with an unsatisfying end forever, the way Jess left whatever apartment she had before finding the loft.  Fortunately, that isn’t the case at all.  I think fans of this amazing show will actually get what they deserve -- a proper send off.

A quick seven-year refresher: Jess Day (Zooey Deschanel), a bubbly and offbeat school teacher, breaks up with her cheating boyfriend and finds three people looking for a roommate on Craigslist.  Nick (Jake Johnson), Schmidt (Max Greenfield) and Coach (Damon Wayans, Jr.) are initially against living with a female until she mentions having friends who model, prompting them (Schmidt specifically) to immediately change their minds.  Fast-forward a little bit and ladies’ man Schmidt has fallen in love with Cece Parekh (Hannah Simone), one of the previously mentioned models and Jess’s childhood best friend.  Coach moves away almost right after episode one, giving us the gift from the comedy gods that is Winston Bishop, aka “Winnie the Bish” (Lamorne Morris), completing the Nick/Schmidt/Winston friendship sandwich that’s apparently been a thing since they were kids as well.  (Max Greenfield, Hannah Simone, Zooey Deschanel, Jake Johnson and Lamorne Morris are pictured left to right at top.)

Nick and Jess date and then break up, Cece and Schmidt do the same, and Winston eventually meets and falls in love with Ferguson, a cat previously owned by an ex of his.  They (the cat included) all become great friends, argue, have each other’s backs, and play the ever-confusing drinking game True American together.  Winston becomes a cop, falling hopelessly in love with (and eventually proposing to) his partner Aly (Nasim Pedrad).  Nick writes a surprisingly good novel and dates a pharmaceutical rep named Reagan (Megan Fox), Schmidt and Cece marry and, eventually, Nick and Jess stop with all the “will they/won’t they” and decide that they will, but not before Jess finds out that her boyfriend at the time, Robby (Nelson Franklin), is actually her cousin.  You know, normal stuff.

That brings us to now. 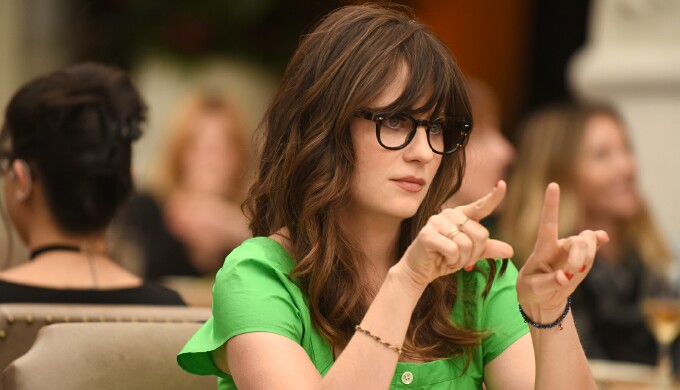 My only real gripe with this final season of what is definitely one of my all-time favorite shows is the length of the season (and I’m even on the fence about how I feel about that).  We, the fans, were getting 20-plus episode seasons.  I’m no mathematician, but eight is a hell of a lot less than 20.  It’s not even like the episodes are longer, which I’m fine with, because I doubt longer episodes would have truly made anyone feel better, but still.

Additionally, I know a concern for viewers was the alleged three-year gap between the end of season six and tonight’s season seven premiere, as evidenced by its unambiguous title, “About Three Years Later.”  Having seen six of the eight episodes planned for this final season, it’s not the experience-robbing tragedy we all feared.  Sure, we don’t get to see Winston and Aly’s wedding, which is a debatable loss.  I mean, we did get to see Winston’s transformation from someone bighearted, unconfident and famously bad with women to someone who finally found the courage that true love can manifest, but after a bathroom stall proposal (it’s a long story) we could’ve at least seen some nuptials.  Then again, we may have gotten all the nups we needed courtesy of Cece and Schmidt, so it evened out, I guess.

Fortunately, season seven of New Girl does exactly what I’d hoped it would do: It feels like New Girl.  Series creator Elizabeth Meriwether concocted the perfect cocktail of feminine strength, boyish bravado and mid-twenties libido, and the result was equal parts wacky and honest.  Like any good sitcom, these people are family.  They fought with each other just as hard as they’d fight for each other.  Saying goodbye doesn’t feel like just watching some show end, it feels like we’re saying goodbye to our own friends; people we care about.

I can’t speak for anyone else, but these fictional people have been in my life for a literal seven years.  There are nonfiction people in my actual life that didn’t stick around that long, which is exactly why parting ways with Jess and the gang is such sweet, sweet sorrow.

So yes, I will miss you, Winston.  Memories of your bird shirts, unquestionable loyalty and giant heart (metaphorically, not medically -- he’s fine) will always bring me joy.  Schmidt, you were borderline Patrick Bateman-y when we met you, but like the extra weight you carried through college you shed that persona, exposing the livewire of unbound love and undying friendship hidden beneath. Your lifelong friendship with Nick was a joy to be a part of.  Speaking of Nick -- *sniff* -- oh, Nick.  You’ve always been a miserable old man trapped in a miserable young man’s body, and in all the least healthy ways I might add, but I’m glad to see that ole Nicky Miller is capable of change, as well.  Love you, man.

Cece, being hot was far from your only contribution to the gang.  You’re kind of nuts, fiercely loyal to Jess, and every second of your “bromance” with Winston has been entertaining as hell.  Who knew you and Schmidt were so perfect for each other?  As for Coach, well, what can I say about you?  Seriously, what can I say about you?  You should’ve come around more often, man.  Although, when you did show up, it was always a pretty good time.

Jessica Damn Day, I will miss you most of all.  I don’t know if it was your affinity for spontaneously breaking into song, your ability to be equal parts cute and awkward, or the couple of times you surprised us with personas like “High Jess,” but every minute of it has been a blast.

It’s good to see that on the way out, all of you managed to be exactly who you were when we fell in love with you: yourselves.  New Girl may be all grown up now, but it will always be “adorkable” to me.