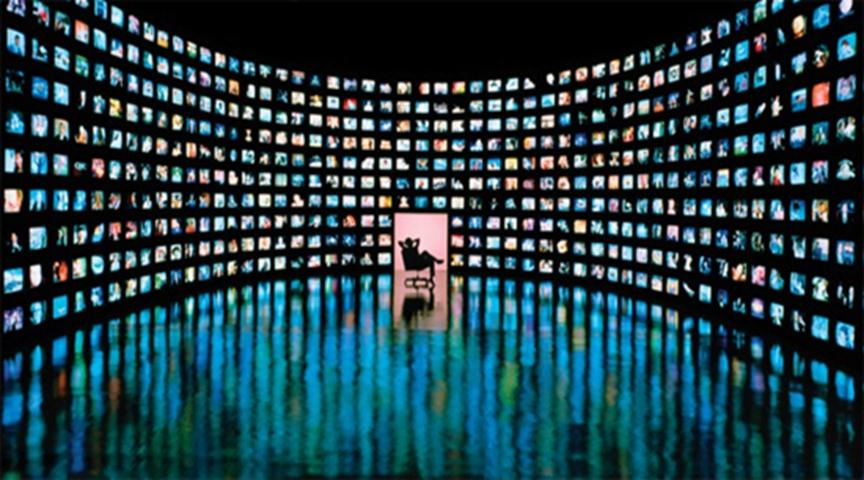 Modern physics has always had two realms: the realm of Einstein's General Relativity, where gravity rules, and the quantum realm, where subatomic particles behave in ways utterly unpredictable. The mathematical equations that govern these realms are entirely different, to the consternation of many physicists. To this day, physicists are still looking for a way to completely mathematically unite the two disparate realms of our natural world.

The world of ad measurement has a similar problem. But unlike physics, Nielsen is finally ready to bring together two realms long treated as fundamentally separate: linear TV, and digital.

On December 8, Nielsen, Inc. hosted a virtual event revealing the company's single-source, cross-media measurement product, Nielsen One. This product centers around a single standardized, trusted, independent metric that measures the consumer's viewing in toto, whether that's viewing on mobile, through a connected TV, on a laptop, or, yes, via regular ol' linear television.

"Media and entertainment is changing, and so is Nielsen," CEO and Chief Diversity Officer David Kenny said during the event. "The industry needs clear cross-media independent measurement."

Independence is a key value proposition for Nielsen—while plenty of stakeholders have been working on their own measurement standards in the last few years, for buyers and sellers, accusations of "grading your own homework" are hardly conducive to business.

Other key competencies are resiliency (the ability to future-proof), coverage (taking into account all devices on which video can be viewed), and comparability (making sure big data is corrected for bias). Nielsen One will use its own national panel and a cloud-based engine that reconciles big data from partners with the panel data to execute these competencies.

Oh, and perhaps most importantly in the current climate, Nielsen is committed to doing all this in a way that prioritizes privacy.

Nielsen One is a suite of products that uses a bewilderingly large array of data to create this holistic view of the people watching video content, with partners like VIZIO's Project OAR, Dish, and DirecTV providing return-path viewer data and a panel that will include just about any screen you can think of. The goal is to be able to de-duplicate and get an accurate count of who is watching what, where, when.

"At the end of the day, there is one consumer, and only one budget. Understanding unduplicated reach is critical," Luis di Como, Unilever's Executive Vice President of Global Media, told Kenny during a one-on-one conversation at the event. For di Como, what matters is being able to measure the impact of an advertisement; measuring that impact starts with knowing who saw it.

Alongside di Como, Nielsen invited several other industry heavy-hitters—some of whom have been critical of the company in the past—for a live panel discussing this cross-media future.

"It's not just about how to figure out across screens, it's about impact," said Ben Jankowsky, MasterCard's Senior Vice President of Global Media. "There's a big difference between someone seeing an ad on their phone and on TV." And now, Jankowsky will know who's seeing his ads on their phones, and who's seeing them on TV.

Along with being able to measure ad impact, NBCUniversal's ad sales chief Linda Yaccarino is relieved to finally be able to measure every person who is watching Saturday Night Live —a fair number of people. "This year's SNL on linear is roughly 15 percent lower than the five-year average," she explained. "But when you add the capability of the viewer to get it wherever, whenever, it's actually growing in strength. Think of how liberated we will all feel when we get to the point when we're able to sophisticate and modernize measurement."

"Now, one of the things we ask is, how do we take this solution and use it to predict audience that might help creative?" GroupM CEO Kirk McDonald asked. No one wants shows to be created by or even influenced by algorithms, but the cross-media audience data can help NBCU, for example, figure out if a show's audience makes it better suited to Peacock, one of the NBCU cable nets, or NBC itself.

Kenny came to Nielsen from IBM's Watson, and before that, The Weather Company, so he knows all about using data to make forward-looking projections. "What I know about forecasting is it's important to start with a truth set," he said. "If everyone doesn't start with the same set, it doesn't work."

You don't just need an auditable truth set, though—you need to make it easy to transact on. "For big buyers and sellers, we need scale, we need ease, we need objectivity in the system. This is offering that," said Tara Walpert Levy, who runs agency and brand solutions at Google and YouTube. Being able to see who is being overexposed to messaging—who's being bombarded with the same ad over and over again—is a huge win for both the advertiser and the consumer.

The full product suite will be rolled out over the next two years. In 2021, Nielsen will be able to measure every single ad at the sub-minute level with its Always-On measurement product; in 2022 the full suite will be available; and COO Karthik Rao expects full industry-wide adoption of the standard by 2024.

"We will continue to urge clients not to let the perfect be the enemy of the good," said Walpert Levy. "But what we're describing here is a massive step forward to address one of the biggest issues our industry faces."