Our Survival May Depend Upon Changing Minds 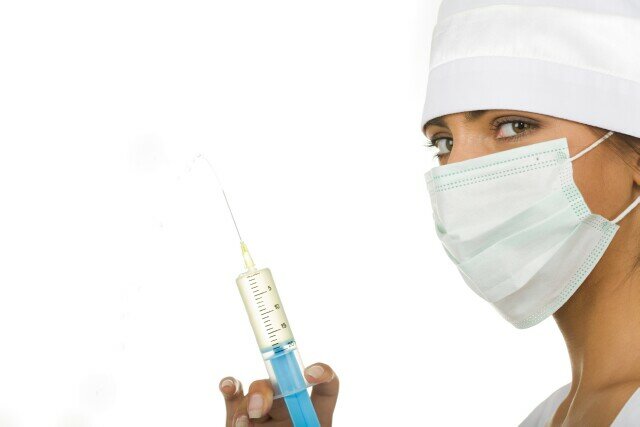 As the COVID-19 virus continues to mutate, health experts are raising their estimates of the percent of the population required to reach herd immunity. It had been 70% but now 80% is being discussed as the high bar to reach before we can really consider ourselves saved. So far, of the 7.9 billion people in the world, I estimate that about 10.8% (my estimates based upon the New York Times compilation at the link) have received at least a first dose. That means we still have a long way to go. Especially in the poorer nations. In Armenia, Syria and Libya, and a number of other smaller countries, less than 0.1% of the population has had any COVID vaccination.

How are we ever going to get even close to 80% vaccination, given the degree of hesitancy we see? In the U.S., 44% have had at least one dose and 32% both doses, but the rate of vaccination has slowed so much now that some clinics are being shut down.

Tony Foleno, Senior Vice President, Strategy & Evaluation at the Advertising Council, the nonprofit which produces, distributes and promotes public service announcements, estimates based upon extensive primary and secondary research that about 40% of the U.S. population is the “moveable middle” who need convincing but whose minds are open enough to be changed, while another 16% or so may not be able to be convinced. The profile of this segment largely self-identifies as conservative (not all Republicans), although there is also resistance among blacks and 18-29-year-olds, the latter group having been leaning in more until recently.

It’s easy to understand hesitancy among blacks whose experience with health care tends to be that they are usually getting substandard care.

Tony says that this campaign is the largest he has ever worked on in his nine years at the Ad Council. $75 million has already been committed with more donations continuing to come in. The leading and significant contributors can be found at the bottom of this page.

No wonder that this is the biggest campaign probably since WWII. (The Ad Council was founded in 1942 as the War Advertising Council.) If we never get enough of us vaccinated to reach herd immunity against this rapidly mutating threat, it will be with us forever, reinfecting people everywhere from time to time, and permanently changing our lives for the worse. Or wiping us off the face of the Earth. This is arguably the most important public service mind-changing effort in history.

I asked Tony based on all his research what he has discovered about the nature of so much of the public’s hesitancy. He said it all comes down to distrust. I had to agree, having recently written about the prevailing levels of distrust which have in recent years exceeded all known earlier benchmarks.

I opined to Tony that the media have become much more powerful than any of us including Hitler and McLuhan thought possible. He agreed and said that the trend toward living in a political bubble -- “a total echo chamber” as he called it -- had been induced by the new media (e.g., Facebook news feeds) as well as by the politicization of TV news.

We both agreed that the ads needed spokespeople who could generate high levels of trust.

“Where is Walter Cronkite when we need him?” I mused aloud, and Tony agreed that the spots they are making wherever possible are utilizing trusted public figures. A couple of spots I saw on the website contain former U.S. presidents as spokespeople.

Tony explained that the research shows that the main areas of distrust are the government and big pharma companies. But he adds that there is another segment where complacency is more the explanation than distrust; they simply don’t feel at risk. I said, “Of course, these people are not thinking of other people they are putting at risk,” and he agreed.

In the complacency about COVID, Tony’s research also uncovered an underlying ageism. The people who are dying are mostly old people, hence people in younger age groups who don’t look at it from all sides can tend to consider that it’s not their problem.

The research also finds that conspiracy theorists are not the main driver of resistance, but only a small percentage. That squares with the September 2020 Dynata data I wrote about which found only 9.5% of the U.S. population believing in QAnon.

The ads being run now exhibit extreme empathy and respect for the people who are hesitant about getting vaccinated, by answering their questions interactively via the Ad Council website.

Tony said there are two types of spots being made, one type being rational and factual, and the other type emotional.

I shared my vision of an emotional spot in which a father or mother tells the true story of how they infected a son or daughter with COVID. I suggested spots about real people telling their real stories of their own conversion from hesitancy to awful realization that they had infected a loved one.

It will also be important to establish the importance of 12-19-year-olds being vaccinated so they can safely go back to school, Tony pointed out.

Tony mentioned that the ads are negatively framed; that is, they are about what can be lost, as contrasted with most ads which are framed as what can be gained. Neuroscientist Kimberly Clark wrote in a compelling article about the possible advantage of positively framed ads for overcoming vaccination hesitancy:

Once different sources of hesitancy have been identified in different at-risk groups, different themes can be adapted to address each group’s specific concerns:

I agree with Kimberly that as part of the campaign it would be great to emphasize the gain-framed theme of Getting Back to Normal (GBTN) which we all long for. If near-universal vaccination is a prerequisite for GBTN, as scientists tell us it is, then let’s go, herd!

If you would like to join in this existentially significant nonprofit project you are invited to do so by the Ad Council here.

In the end, if minds cannot be changed by public service spots and educational content answering the public’s questions about the vaccines, the U.S. federal and state governments are legally and constitutionally able to make it the law to get vaccinated. All 50 states have existing laws making it compulsory for schoolchildren to be vaccinated against various diseases. All over the world we may soon be seeing evidence of some countries taking this step.