Pitch Mania, Part Two: How Will It End? 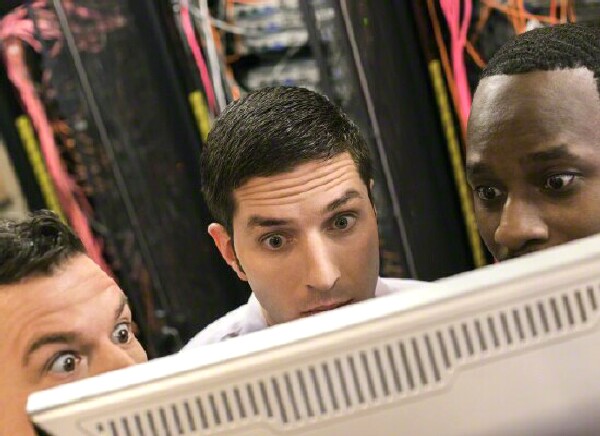 In my last column I reported on the epidemic of media pitches sweeping across the business. If there’s one thing that’s guaranteed to invoke something close to hysteria amongst advertising journalists its new business pitches, so you can well imagine the excitement levels, at least in the US.

There has been much speculation as to why there are so many pitches, all at once. Consultants, agency CEOs and journalists have very largely put this down to one of two things -- mandatory reviews, undertaken as a matter of course by many large companies after a defined number of years, or a sudden realization that the world has changed and “It’s about time we took a look at all this inter-web stuff I keep hearing about.”

I don’t think this is the complete picture. How come there are so many pitches, happening now?

Of course some will be mandatory reviews -- although for there to be so many all at once is unprecedented. And yes, the world has changed, although that hasn’t just happened over the last couple of months.

Then there’s the question of whether wholesale change will make much of a difference.

They hate to hear it, but most large networked agencies are pretty similar. Change the logo on the charts and it’s quite hard to tell one from the other. So if Agency A is a big loser and Agency B a big winner, will anything much change? Hardly, especially in this part of the world, where the TUPE laws mean that many of those working on the pitching account will simply pack their bags at Agency A one Friday and show up to start work on the same account at Agency B on the Monday morning.

Although they’re pretty similar, most large network agencies are also highly competent. They all know about digital this and native that.

So, from an advertiser’s perspective, why change, when change is disruptive and expensive?

I suspect there may be two further reasons for the review bonanza.

First, clients are fed up with having certain terms dictated to them by their agencies. Terms that often deliberately obfuscate, have been designed to confuse, and are regularly opaque.

When you’re fed up you try to renegotiate. If the agency, during one of what are ever-more frequent lapses of memory that lead them to forget whose money this is, and for whose benefit they’re spending it, won’t move on transparency, or kick-backs, or value banks, or agency deals or technology taxes, or whatever it is, then you threaten to take your ball away. You call a pitch.

Second, there are signs that advertisers may have fallen out of love with the “we can do anything” culture that exists in so many media agencies. This long ago stopped being a desirable attribute and became nothing more than a rather tawdry attempt to upsell services outside of the agency’s core competence.

Coca-Cola’s inclusion of Ogilvy on their strategic media planning shortlist (which brings back memories from the 1990s when Coke gave a series of creative advertising assignments to Creative Artists, a talent agency, to much squawking from the ad agency community) is by far the most innovative and interesting element of this pitch bonanza.

If you suspect that the buys have started to drive the plans, then why not put the planning somewhere else?

Finally, when the dust has settled will things look pretty well the same? They might, of course. Omnicom might win; WPP might lose; or the other way around. The music stops and everything just moves around a little.

But I suspect not. I suspect some smaller independent agencies, with planning and buying transparency at the very heart of what they do will win. I suspect the huge agencies will, net, lose assignments. And I suspect one or two new models, involving players from outside the media agency holding units will emerge.