Political Advertising and the Erosion of Consumer Trust 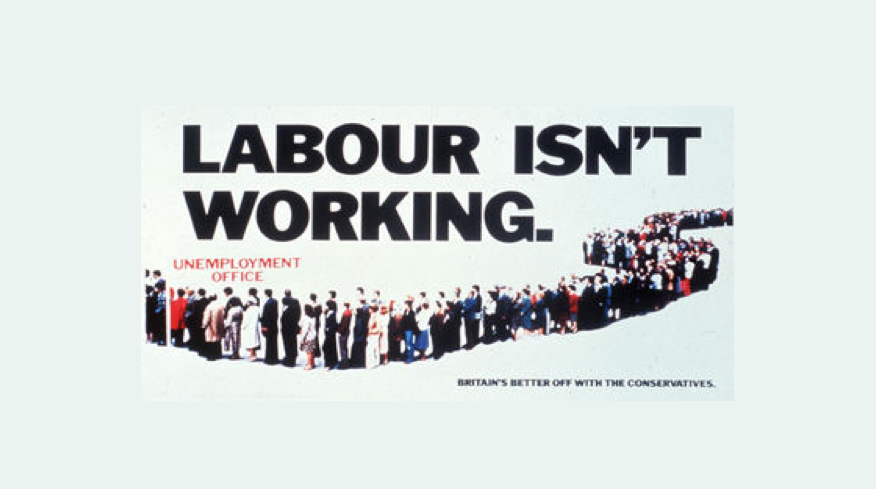 As Brexit looms large and the U.S. presidential election cycle heats up, it's time we thought a bit about the state of political advertising.

Back in the last century, I worked at agency Davidson Pearce, handling the Conservative party account. This was pre-Saatchi and before the infamous 1978 "Labour Isn't Working" poster that transformed political advertising.

Maurice and Charles Saatchi and the late Tim Bell modernized political marketing, not only through more aggressive advertising, but also by coaching politicians in how to communicate effectively. (Margaret Thatcher famously took lessons in lowering her voice to give the impression of gravitas.)

Before Saatchi & Saatchi, political parties didn't engage fully with ad agencies. We were a necessary evil that they put up with because "the other side was doing it, so I suppose we should, too."

Party political broadcasts comprised a politician talking behind a desk — before someone worked out that these things were basically free five-minute commercials and should be treated as such.

It was accepted that all ads stopped a week or two before an election, presumably to allow the electorate to get over all the excitement before placing their vote. The political ad scene was driven by gentlemanly behavior and was boring as hell. How things have changed.

Political advertising is not subject to the same rules and self-regulation as "normal" campaigns. For those who are unaware of the U.K.'s situation, normal ads are subject to the rules laid out in our Code of Advertising Practice (CAP) and are regulated by the Advertising Standards Authority (ASA).

Both bodies are paid for by a levy on all campaigns and are, thus, free to the taxpayer.

The benefits of self-regulation are that it allows for flexibility as habits and norms change and for a speedy resolution of any disputes, aside from avoiding clogging up the courts and doing away with expensive legal costs.

Ads for political parties or groups (as opposed to government ads, which are regulated) are different. Here's why, from the ASA:

"Political ads …. usually inspire contention and debate. While we understand the calls for political ads to be subject to the same standards of truthfulness and decency that all U.K. advertisers have to abide by, there are several reasons why we don't regulate them…. Regulating traditional advertising is very different from regulating material that forms part of the democratic process. It would be inappropriate … for us to intervene in that process."

But times change and over the past few years, particularly since the calling of the Referendum on E.U. membership, there have been ample examples of misleading ads that have led to the subject of regulation being raised.

These examples are not exclusive to one side of the Brexit debate over the other but, as passions have run high, ads and other communications have been put out that are either blatantly untrue or have been designed to mislead.

It might seem cynical to suggest that those responsible for these communications have taken advantage of the lack of regulation to lie with impunity — but that's exactly what has happened.

Misleading political campaigns damage our industry by eroding consumer trust. After all, few individuals outside the ad business know that these campaigns are not regulated.

It's time this changed, not only to ensure that voters are made aware of the facts, as opposed to partisan lies, but also to ensure that ads are recognized as such by making it clear who's paying for them.

This is essential, none more so than on social media, where it is not even immediately obvious what's an ad and what isn't.

The non-partisan campaign group The Coalition for Reform in Political Advertising is arguing for change. It would be great if readers of this blog could support their efforts — their ambitions are good for all of us.