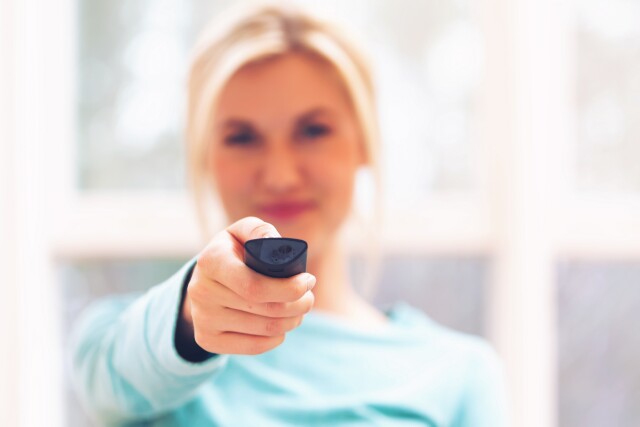 When the coronavirus pandemic evaporates for good, national advertisers will be taking fuller advantage of a new—and growing—assortment of programming services circulating through smart TV sets and connected gadgets.

That was the key takeaway of MediaRadar’s virtual inquiry last week on the future of video advertising. For Acorn TV General Manager Matthew Graham, the pandemic transformed both the amount of time people watch TV and what they watch. "People were stuck at home and formed new entertainment habits," he said. "People felt they were getting (more) out of their day-to-day lives."

Acorn, one of parent AMC Networks' group of smart TV-circulating services, saw viewership rise as much as three times its normal level this past spring. Although that outcome has declined since, Acorn (which is subscription-supported), remains ahead of its pre-pandemic viewing level.

Over the last six months, a variety of new smart TV-distributed services have hit the scene. The majority are from independent players and many are ad-supported. Some are getting additional carriage on Xumo, Tubi, Fubo TV, Pluto TV and other multichannel bundles that have smart TV alliances, or through multichannel content packagers such as Cinedigm, Jukin Media and Future Today. Sponsor business for Cinedigm this fall is booming to the point where late last week, the company announced that it will launch at least 15 new services from third-party sources over the next year.

"We work with a lot of linear TV advertisers and they realize the marketplace has shifted," said Justin Gutschmidt, head of national sales at Premion, Tegna’s ad platform devoted to smart TV business. "They see a way to align with local audiences and find the right messages. Being able to prove their results were important. We can measure the networks in whole new ways."

For Xumo, with more than 190 channels in its bundle, a big spike in homebound audience led to a spike in ad sales, and business continues to increase. "You hate to say the pandemic has been good to us, but the pandemic’s been good to me," responded Bill Condon, the venture’s senior vice president of advertising partnerships.

Gutschmidt joined Condon and other participants in declaring that the surge in new channels is for real and will continue next year and beyond, as long as the economic and geographic barriers to entry remain low and brand participation increases over time. Through individual smart TV set/device or multichannel bundle deals, these channels get immediate access to a nationwide or worldwide constituency at low cost. "There are more options than ever, and we can customize them," he added. "So many entrants in this space can have (immediate) visibility. Viewer demand has led to more ad-supported content. It’s an exciting time."

How commercials are presented to viewers over these services, compared to linear TV, is another factor behind the viewership surge, Condon noted. There’s less commercial time and fewer commercial breaks per hour, and in the near future, these services will follow the lead of Hulu and other mega-content providers in giving viewers a choice of ads to watch, requesting more info for individual products, or ordering merchandise or services on the spot.

While AMC Networks has no plans to transform its current group of smart TV-running services from subscription to ad-supported, Graham acknowledged that the company will "look at all kinds" of revenue-generation for future services. "Nothing is off the table," he said.

Along the way, look for a growing number of niche ad-supported newbie channels, assembled by genre or by appeal to communities of color and other demographics. These services will have to operate on upgraded brand safety benchmarks and transparency to establish credibility with potential advertisers, Gutschmidt noted.

Graham suggested that as more ad-supported services come forward, including lower-priced versions of subscription-driven enterprises like HBO Max (which will kick off that approach early 2021), they may present some content free to viewers at first to build up brand awareness and loyalty. What’s more, within the next few years, ad-supported services and bundles "will produce original content and own the content on a scale similar to services like Netflix and Amazon."