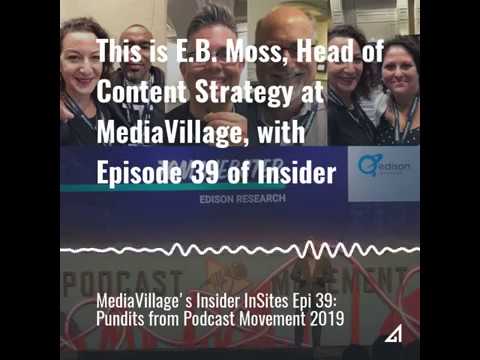 A content creator, a research wonk, a brand manager, an advisor, and a diversity expert walk into a conference....

The record crowd for year six of Podcast Movement was no joke. Of the 3,000 attendees, I selected five from the many podcast pundits in attendance to discuss the state of the industry. I asked each if "the more things change ... are they changing in podcasting, or staying the same?" The answers were so meaty that even a topline transcript required a two-parter.

Read here to find out what advisor Steve Goldstein of amplifi Media said about why radio has adopted podcasting, as well as why Jessica Kupferman founded She Podcasts and her views on the uptake of podcasting by women. For the complete discussions with them — as well as with Tenderfoot TV's cofounder, Donald Albright; Edison Research's Tom Webster; and eBay for Business community content manager Doug Smith on branded podcasts — listen here to episode 39. And scan their comments in Part 1 of this transcript on MediaVillage.

On the Air: Steve Goldstein

Amplify Media chief executive officer Steve Goldstein knows something about growth tactics and podcast marketing. With at least five of the six years of Podcast Movement under his belt, I was pretty sure he could offer sound advice. He didn't disappoint and shared a healthy perspective on radio, as well.

"Back at one of those first conferences, there were six radio people there. I'm not kidding, six. And now, they're everywhere. All the big companies are here — iHeart and Entercom.... Television did this a couple of years ago when it shifted to on-demand. Nobody watches Grey's Anatomy at 8:00 [p.m.] on Thursday anymore. They watch it whenever they want to. The notion that radio was going to somehow not participate in that is ludicrous. And there's so much great content that radio puts out that it gets broadcast and goes to the dwarf planet Pluto, and that's the end of it. Insane that that stuff wouldn't be available in an on-demand form. So, that's table stakes for radio.

"Then you move into original content," he adds, "and that, to me, is where the farming is being done now. So, the broadcast companies are trying to figure out their way there while the pure-play podcasters are moving along at lightning speed."

On the path towards integration between on-demand and linear audio, Goldstein says, "It is very clear when you see iHeart starting to add podcasts to their schedule on the radio stations on Sunday night. It's not the most popular time period, but it's a great first step [toward] real potential integration."

And what is a huge growth category per Goldstein? Branded podcasts, where "about 10 percent of the spend is now, according to the IAB. So, let's say about $700,000 is spent today and we know that's going up to a billion; that's the fantastic opportunity."

But, he cautions, "there's a lot of bad content in that category from a lot of brands and I don't know who's going to listen to that stuff. So, it's not an automatic win. There are some brands, like a Trader Joe's, that has an audience that loves the store. Their podcast talks about things that are going on, takes people into the taste kitchen, talks about why bananas are 19 cents each. Those sorts of stories fit that brand. Not all brands can do that. But for an eBay for Business podcast, it's perfect; he's teaching people how to use his service. I love that idea."

Another caution is managing a brand manager's expectations and the dreams of "ca-ching" ringing in their ears. "I think there are all sorts of wins. A guy I met took his love for podcasts and married it to his primary business: installing air conditioning systems. You would think that that's crazy, except he talks to the thousand most important people in the HVAC business and his sponsors could be Trane or Carrier.... He doesn't need 10,000 people listening to that; he needs the right people listening to that. That's a different kind of content strategy. The branded thing is malleable to all of these different angles, as well. But I don't think you're going to see too many of these hit the top of the charts." 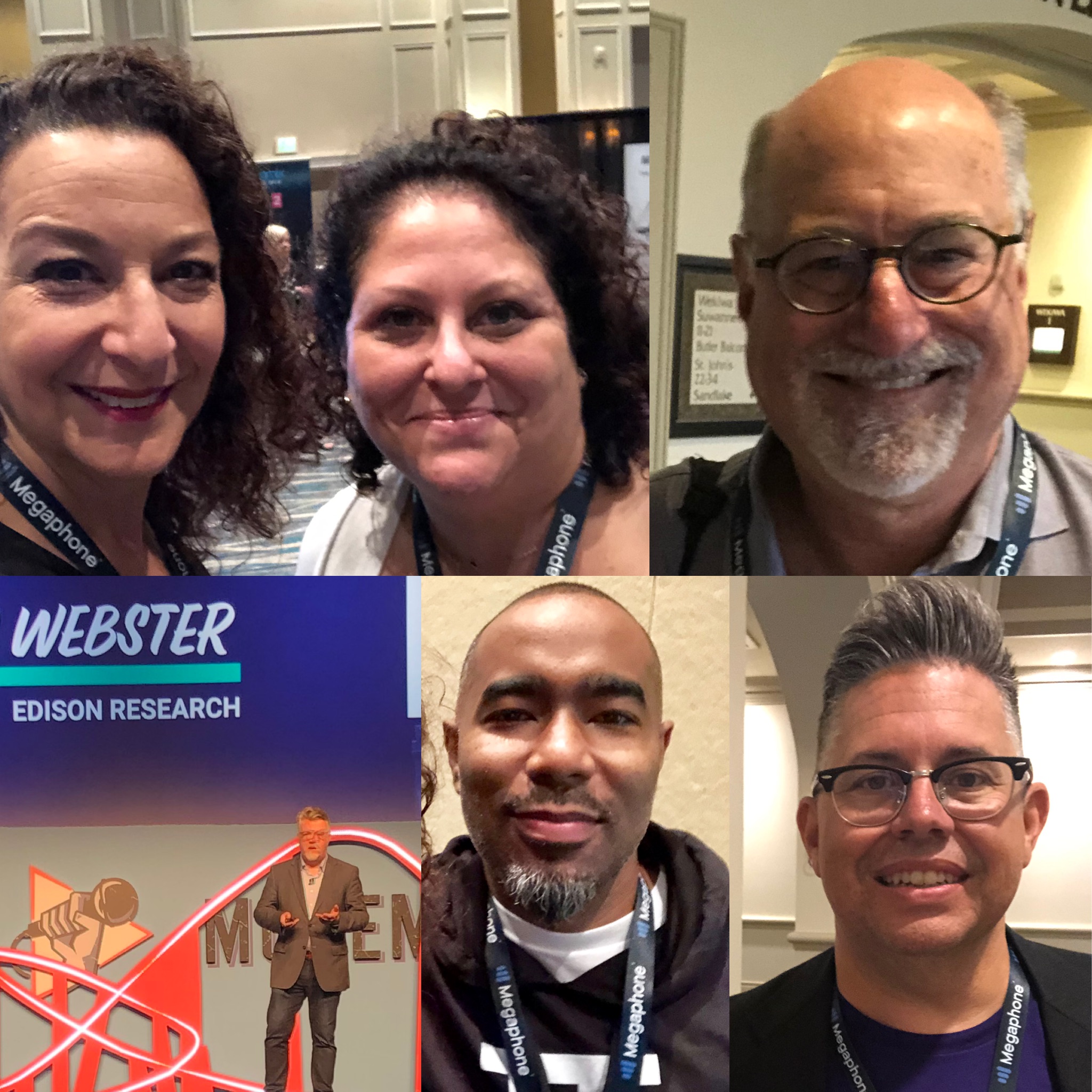 As cofounder of She Podcasts, an online women's podcasting community launched in 2014, Jessica Kupferman — with partner Elsie Escobar — was one of the first to evangelize the female podcast voice. She explains that She Podcasts launched just to "have some camaraderie and mutual understanding."

Kupferman explained how things have shifted for women podcasters in the past few years: "When I first started ShePodcasts, I didn't know any other female guru types. I was taking advice from John Lee Dumas and Pat Flynn."

What Jessica and Elsie really wanted was the opportunity to speak with people who could relate to what we were going through and "give us advice through that [female] lens."  She Podcasts now has 13,300 allies and its own podcast that is five years in. Listening is up as well, though Kupferman is convinced that's inspired by the ever-increasing number of true-crime podcasts whose audiences, per Nielsen, skew 58 percent female and 42 percent male on average.

Another indicator of growth among women podcasters is the nearly sold-out status of She Podcast's first conference, and its attraction of content and sponsorships from major players such as WarnerMedia Podcasts and PRX. The She Podcasts Live conference has almost 500 ticketed attendees thus far and is designed in part to push through the boundaries that women may have, such as possible fear of tech or free time.

Kupferman said that when she started She Podcasts, "only around 13 percent of podcasts were hosted by women... and now it's around 35 percent." It's still not enough, she asserts.

On a positive note, she adds, "I also see more people of color are creating, which I think is great. When it comes to conferences, like Podcast Movement, last year or the year before it was maybe 25 percent people of color. That's certainly risen this year. Our conference is 40 percent.

"[And, Elsie] just launched a podcast … called Sobre Podcasting, the only Spanish-speaking podcast [about podcasting.] She had a meet-up here at Podcast Movement and there were podcasters from all different countries that have started to listen to it. As far as who's creating content, that's definitely shifted. Elsie's also been pushing very hard for podcasts to be more accessible to people who may not have the technology to listen. So, slowly it's shifting. But I think with any tech shift takes time."

As they say, "Shift happens."