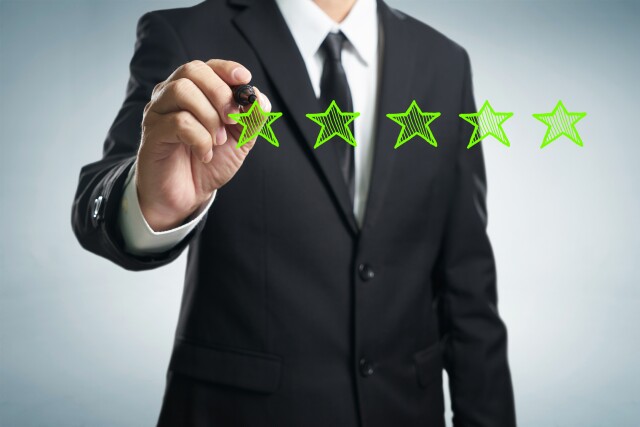 As the World Federation of Advertisers (WFA)/Association of National Advertisers (ANA) initiative to rebuild global cross-platform audience measurement moves forward, it pauses as necessary to solve pivotal issues. Not surprisingly, it's currently pondering the quality of impressions. The whole edifice actually rests upon this.

What is an impression? In the Advertising Research Foundation (ARF) model, an impression has always been an Opportunity to See (OTS) event, meaning that an ad was delivered to the proximity of an awake human possessing the ability to see/hear that ad.

In the ARF model, the "quality" of an impression has to do with the probability of attentiveness to that ad. However, attentiveness to an ad depends not just on the media delivery platform; it is even more strongly a reflection of the attention-getting power of the ad itself, plus it also reflects the attentiveness of the audience member being given the OTS. (Years ago recall studies showed young people better able to remember ads than older people, That could have been a function of memory or of attentiveness or both.)

ARF CEO Scott McDonald says, "Please make sure the reader understands that the term 'quality impression' is an interval variable, not a binary variable like 'viewable impression'."

But wait, there's more: Attentiveness also reflects the resonance between the ad and the context, and between the ad and the audience member. Ideal targeting would reach people that would tend to be grateful for the OTS because of being already interested in something within the ad, whether having to do with the product or with the psychological aspects of the creative.

So, in order to create a level playing field for what is a quality impression, the first thing to decide is whether the focus should be on the holistic process, or on an attempt to separate out the media contribution to the quality/attentiveness of an impression. I propose a dual focus to resolve this challenge.

Two companies that exemplify this fork in the road (or dual path, as I recommend) are Adelaide and RMT. (Note: I am involved with both.) Adelaide's founder and CEO Marc Guldimann writes brilliantly on the subject and at this stage in Adelaide's development uses the term "noise" with reference to the creative, as he is currently focusing on coming up with a fair, cross-platform measure of attention quality reflective only of the media side.

RMT today has been proven by impartial third-party research to identify impressions that have higher vs. lower advertising effectiveness, measuring recall, brand perception change, purchase consideration, purchase intent, brand adoption and actual incremental sales ROI (Nielsen NCS, Neustar, 605, Simmons). The way RMT does this is by identifying the overlap between the ad and the context, and the overlap between the ad and the audience member, in terms of 265 psychological dimensions.

So in one approach the creative is being held neutral, and in the other approach the quality of the impression is related to the campaign specific ad itself.

Both make sense from different points of view. From the standpoint of a pricing currency, the ad creative must be held aside, says traditional advertising thinking. From the standpoint of making a specific media buy for a specific set of ads, with the sole intention of raising the sales and branding effect as high as it will go, the ad creative must not be left out of consideration.

Hence to cover all bases one ought to go both ways.

I was a pup in the business working at Kenyon & Eckhardt where the research heads Sy Lieberman and Ted Dunn (as well as my boss Norm Hecht) allowed me to perform a meta-analysis of the agency's database of 1500 copy tests. I was hoping to find that across diverse creative, the effect of the creative would average out, and leave me with differences by media types that the agency could use in planning and buying for greater impact.

What I found was frustrating. The creative refused to average out. The media type relationships changed from one campaign/ad to another. For a specific Lincoln ad, one media type beat another, for a different Lincoln ad, the media relationship flipflopped. The media-creative covariance factor appeared to be stronger than the media factor. I concluded that four variables would need to be analyzed together: creative, media, audience and product. These were the early groupings toward what is today RMT.

Mike Drexler years later was the Media Director at Bozell, Jacobs, Kenyon & Eckhardt. He devised the agency's own system for predicting quality impressions, using all the industry studies he could find and putting it all together. Between 2018 and now, dentsu has been studying attention and has devised its own system for predicting which media will deliver the most attentive impressions.

Adelaide argues that having a common standard currency for attention would be more valuable, and the WFA/ANA now appears to be asking for something like that. The Adelaide system came out of Parsec, which was the only media company to charge based on duration of viewing, so Parsec had a strong reason for needing to develop a system that would predict duration of viewing. Adelaide, however, has transcended sole reliance on duration, having found that attention has a lot to do with clutter and the distractiveness of a specific environment, and today it is operating in programmatic digital display where study after study shows that the measure is more predictive of outcomes than is the MRC viewability standard. Of course, the MRC viewability standard was designed to be the lowest minimum bar below which an ad could confidently be given zero value. Viewability remains perfectly suited to that assignment. Quality impressions is a different assignment.

Clutter! That old bugaboo never went away. We just got tired of talking about it. To media companies, it's hard to resist the temptation to squeeze in more ads, especially in media types where the production costs escalate year after year, although the clutter is worse in digital than anywhere else. Linear TV, when it stuck to the old ad load guidelines, raised little objection from viewers grateful for the medium. But today the clutter is part of what is changing the industry to a tiered streaming environment where some choose full ad loads and some deliver a second revenue stream to the media company in order to lighten or eliminate the ad load.

Adelaide today is moving into video with data from TVision, analyzing ad load effects, pod position and position in pod, size of screen and genre. One day Adelaide will supply all-media comparable "mediaside" contributions to quality impressions. By that point they will also be working with eye-tracking companies to analyze the interactions with the other non-media variables involved in the quality of an impression.

Our recommendation to the WFA/ANA is to institutionalize the use of both RMT and Adelaide as the types of systems to plug into the WFA/ANA measurement model. Both systems have global capability today and can be part of the pilot testing of the new WFA/ANA measurement models in every country. This would ensure that the new audience measurement plan for the future is totally covering the issue of quality impressions from every angle, both taking maximum practical marketplace advantage of the covariance between creative and media (RMT), as well as maximizing ability to adjust for clutter and other media-only effects (Adelaide). By using both RMT and Adelaide together, one is covering all bases relevant to quality impressions, and will net the highest return.