Quality of Experience and Magazines 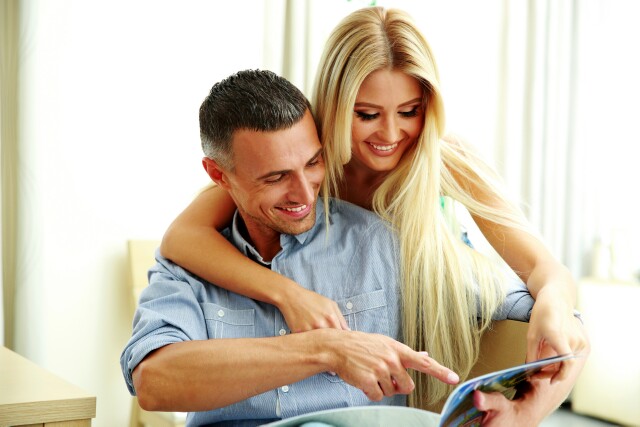 In my prior column I wrote about how the techno-youth culture is driving the new emphasis on quality of experience, which is having a seismic effect across the global advertising industry. Magazines always were acknowledged by agency media people to be a quality experience. Today's super-spreading, screen-hungry, techno-youth culture has hit the magazine industry harder than any other traditional medium. Magazine publishers are adapting into digital with much more success than their traditional physical titles are having. The opportunity exists for magazine publishers to lean into digital even more successfully by focusing more on new titles for under-served audience segments, and especially on the quality of the online magazine experience standing out from ordinary digital today.

When as a Mad Man I began my first job at Grey Advertising in New York, magazines were our second most important medium. Research that we trusted showed that, on average, a one-page four-color bleed ad had about three quarters the impact of a 60-second TV commercial.

I got to see every consumer magazine there was, since the big agencies were all flooded with comp copies. The thing I still love about magazines is their look, feel and the quality of the experience I have with them. A video makes me go at its pace, whereas with a magazine I am going at my own pace. I'm in total control.

I find magazines a sumptuous experience. I admit the glossy pages get me. The beautiful photography, typography and the way the spreads stretch out give me something of the experience I get in a museum. Magazines offer the museum of the good things in life, finery, glamour, good writing. They pick out important interest groups in the population.

But now, magazines are having a hard time holding on to both of their sources of revenue, advertising and subscription. The internet has raced to the bottom in terms of what consumers are willing to pay for writing. And the techno-youths who are over 90% of the media buyers much prefer screens to glossy pages. Even CMOs and senior media executives get it that screens are taking over.

Standard Media Index (SMI) shows that print was the first to be hard hit by digital. In 2016 SMI Global CEO James Fennessy and I presented at ARF the U.S. adspend trend from 2010 to 2015. Digital was of course up, at a Compound Annual Growth Rate (CAGR) of +20% per year. Over that period, the only medium that went down was print, which declined -4% per year. TV, radio and outdoor had each grown +4% per year.

All of the following adspend stats are courtesy of SMI.

Print continued to decline after that. For example, in Q1 2020, which represents the pre-COVID situation (by the time we knew, it was too late to cut ad buys fast enough to affect March), print was down -14% year over year (YOY). Significantly, digital print was up +8% YOY.

Then, when COVID hit, in Q2 everything went down, even total digital. Digital print was down -23% YOY and print -34% YOY. 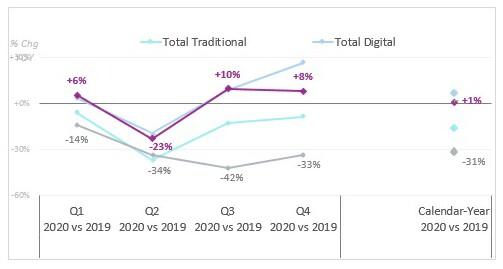 Magazines should test different sizes and types of video units, but never use the "Skip in 5" approach. The most crucial tactic is to advertise the number of seconds in length for each opt-in video option. I anticipate the shortest units will have acceptably high open rates, depending of course on the creative execution of the attract screen and adjacent text.

The people running the magazine industry have not been asleep at the switch. They are shifting ad revenues to digital print (and other things) as swiftly as they have been able.

For example, Advance Publications (Vogue, Vanity Fair, etc.) and The New York Times are already receiving more ad revenue for digital print than for print. Whereas Meredith (Better Homes & Gardens, People, etc.) and Hearst (Good Housekeeping, Cosmopolitan, etc.) are still receiving more ad revenue for print than for digital print. They both are bolstered, however, by their television station holdings, yielding ad revenues representing 38% of Hearst's and 11% of Meredith's ad revenue in 2020.

So, there are vibrant growth parts of what used to be called the magazine business, and they give some clues as to what's working. Before charging after lookalike strategies, though, we urge that the captains of the magazine industry start first from a clean sheet of paper and let their visions roam. Go back, we say, to the essence of what people love about magazines and bring those things out in new ways. New ways that offer delightful quality experiences. You must look and feel different from everything that's out there on digital now -- a tall order and easier said than done, but realistically achievable in my view. Because too much of digital, even the fine writing, has a stereotyped look and feel -- and that boundary can be broken in ways that do not reduce interoperability and search engine optimization.

It must be like you ultra-literate alchemists melted the glossy pages in a Dali-esque way into the screen medium, making it more glamorous and more beautiful, while serving great, alive writing to interest groups that are defining themselves all around us and can be discerned from the mountainous data sluice. Just as one example, the data on what motivates 276 million individual privacy-protected Americans, compiled by RMT and Semasio, a mother lode of information for combining with other cogent parts of the datasphere, which can define opportunities for new titles and identify who are the audience prospects that can be reached via addressable media today.

Go forth now and be successful!