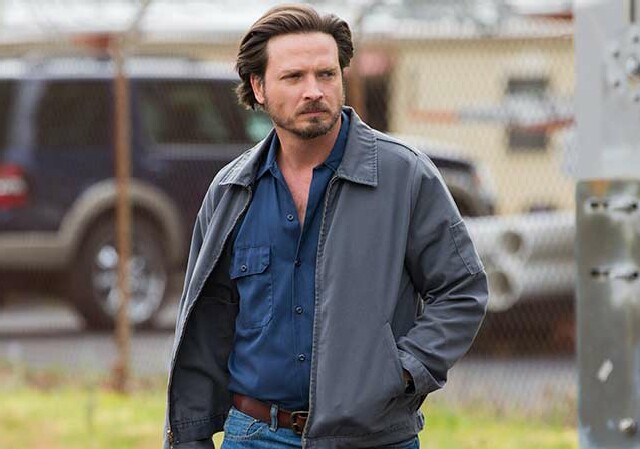 Throughout its four seasons I have heard Sundance TV’s Rectify described in ways that I have never before heard where a TV series is concerned. Those descriptions have included the words “tone poem,” “existential,” “meditative” and “mesmerizing.”  It has been fun watching critics try to out-review each other when writing about this show; in fact, their intellectual exhuberance reminded me of their thoughtfully frenzied response to The Sopranos. Thing is, in its own way Rectify has been every bit as important to the changing definition of television as was The Sopranos at the turn of the Millennium (when the perpetual changes began in earnest), even if its overall viewership has been exponentially less, likely ensuring that it won’t be remembered by nearly as many people as HBO’s historic crime drama.

Tellingly, both Rectify and The Sopranos are series about American families, one rocked by tragedy, the other mired in the madness of organized crime. Of the two, though, Rectify was and will forever be the harder sell. Indeed, throughout its four-season run, which ended just a couple of weeks ago, it may have been the hardest sell on television, moving at a glacial pace as it meticulously detailed the emotion-driven story of Daniel Holden, a man in his late thirties set free after being imprisoned for almost 20 years following a wrongful conviction for the rape and murder of his girlfriend. Significantly, the show did not in its early years make clear whether Daniel was innocent or not, though by series end that question was largely answered.

When Rectify didn’t focus on Daniel and the difficulties he was having getting over the horrors of his incarceration, which included being brutally gang-raped, as well as adjusting to the changes in the outside world during his imprisonment (such as the arrival of the Internet and advances in digital technology) and the lingering suspicions about his guilt by almost everyone in his home town, it took repeated deep dives into the lives of members of his family, each of them having been forced to deal with the aftermath of Daniel’s trial. How does a mother process the idea that her son may have committed so heinous a crime, not to mention the icy stares and hushed whispers of almost everyone she knows? How does a devoted sister cope with the mounting frustration that comes with perpetual failed attempts to prove her brother’s innocence and bring about a pardon? How do a step-brother and a half-brother who hardly know him react to a man in Daniel’s position?

Aden Young was nothing less than brilliant in a strikingly internalized performance, taking Daniel from hopelessly lost and disoriented to "cautiously optimistic" (his words) about his future during the run of the show. It’s fair to say that Daniel, despite everything he endured, emerged damaged but not broken, having somehow survived with the inner strength to painstakingly put his “new” life into some kind of order, not one day at a time but rather, it seemed, hour by hour. Beyond critics, who universally adore this man, Young hasn’t received the kind of recognition enjoyed by the best TV actors of our time -- James Gandolfini, Jon Hamm, Bryan Cranston – though he plainly belongs in that company.

In addition, the supporting actors on Rectify were second to none, each of them deconstructing what it means to be a human being in a world full of disappointment, despair and, perhaps worst of all, soul-crushing monotony -- but managing through the power of simple grace to maintain their humanity and come to quiet understandings about life.

And so it is that Rectify was indeed an “existential,” “meditative” and purposefully paced television “tone poem.” I wouldn’t have missed it for anything, and I’m so glad Sundance TV provided us with so unique a storytelling experience. But I hope existential and meditative dramas don’t become a television thing, because they are almost impossible to do right.  Within that context Rectify did everything right, and in the process accomplished the near impossible.  I could have continued to watch Daniel and his extended family carry on for years to come, because as this show proved time and again ordinary people are often the most extraordinary of all.