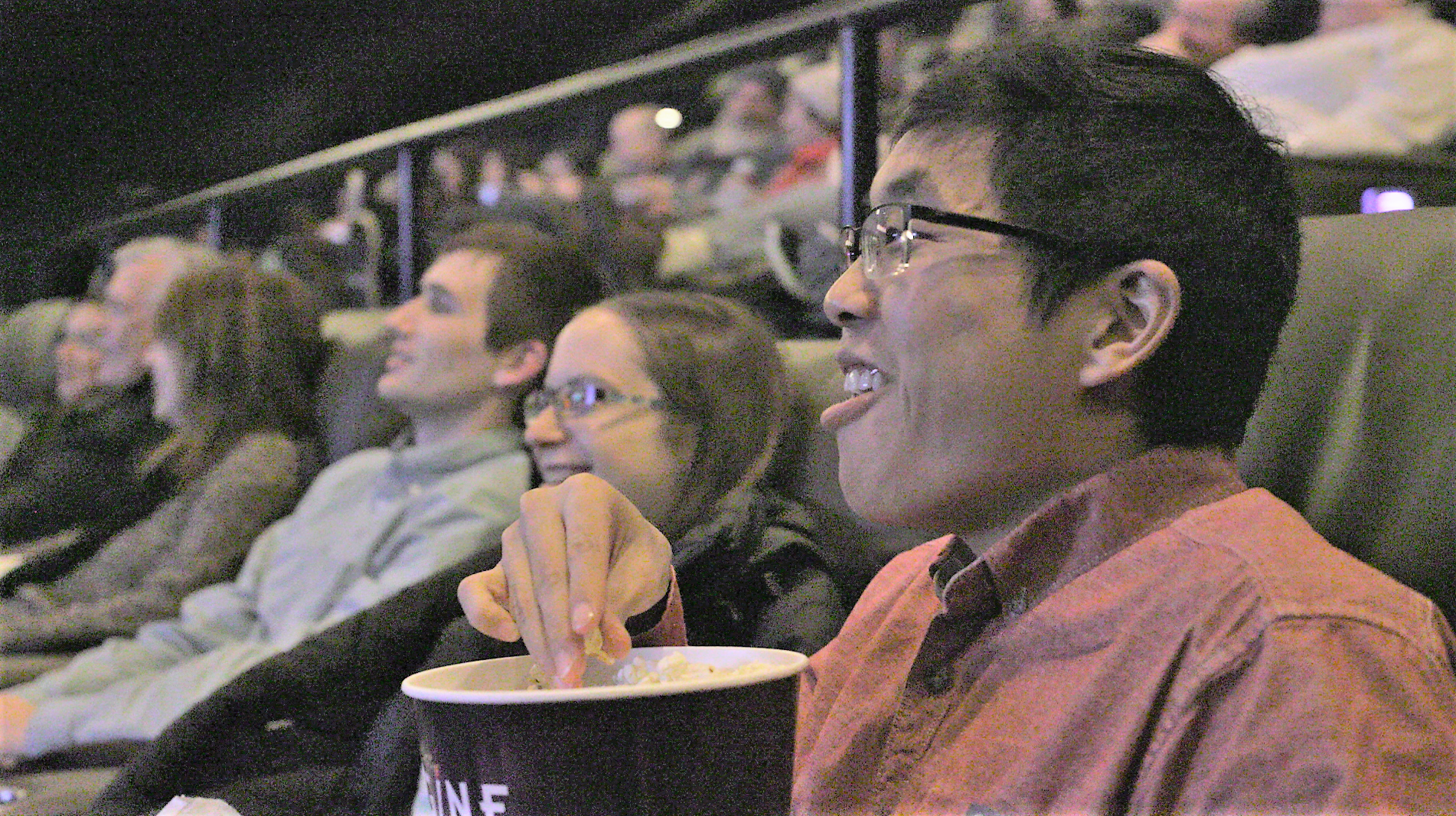 Each year, prior to television's biggest events, our industry ponders whether "the bang is worth the buck."  Is a unit cost of $5.0+ million for a :30 spot in the Super Bowl or $2.6 million for a similar spot during the Academy Awards worth it?  The decision is even more daunting this year.  In light of the NFL's kneeling controversy, increased focus on Chronic Traumatic Encephalopathy (CTE), lower ratings and the stepped-up scrutiny for inclusion and gender portrayal from the #TimesUp and #MeToo movements, the ROI from ads in such big events is unpredictable.  While unparalleled reach and scale is undeniable, the bottom line is that marketers are now accountable for demonstrating ad effectiveness and social responsibility.  For those looking for an alternative, Screenvision Media has made a case using new research to demonstrate the value of media buys in cinema against big event television.

In 2017, following a record-breaking $11.4 billion year at the box office, fans tuned in and advertisers lined up to celebrate the nominees and winners of the 89th Academy Awards.  Like cinema, advertisers aligned their brands with the power of celebrity and the passionate movie-going fans celebrating their favorite stars.  There is no question that television commercials during the televised Academy Awards far surpassed TV norms.  But they were not nearly as strong as the ad recall and ad attentiveness that Screenvision delivers every single night of the year in theaters. 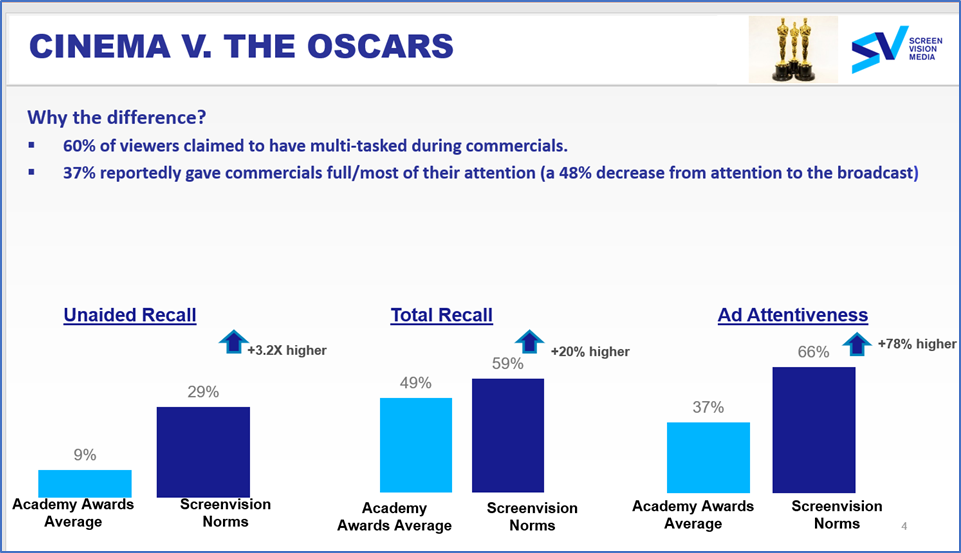 Source: Screenvision Media. This study was completed by an independent research company (ERm Research) within 48 hours of the 2017 Academy Awards broadcast. A18-54, n=427

"Today, attention is the new ROI and engagement is the new currency," said Katy Loria, Chief Revenue Officer, Screenvision Media.  "We believe that environment counts.  Cinema allows ads to shine in front of an engaged, undistracted audience, and at scale.  While we knew this from the start, we also understood that we'd need to prove it.  We expanded our research team about 18 months ago under Sarah's direction to develop insights and proof points.  Our sales team is now armed with unparalleled insights to position cinema within the marketplace."

The Screenvision research matched with the clear logic that opt-in, communal viewing in real time builds a strong case for cinema as a valuable audience replacement for eroding TV impressions.