Challenging Stereotypes of Workers Under 30 in the Media Workspace 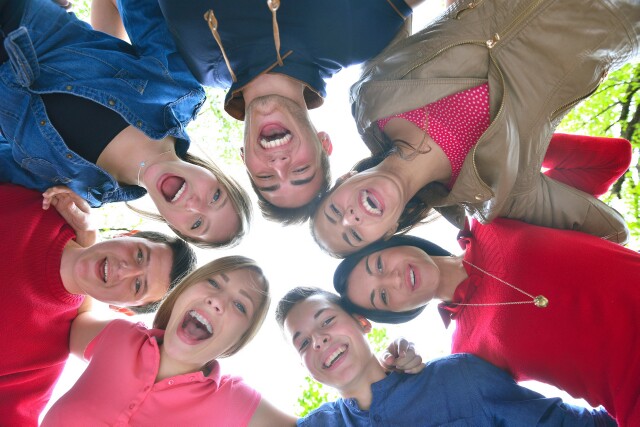 As I completed my undergraduate work and began freelancing, I frequently found myself scrolling through headlines lambasting my generation as it entered the media workforce.  "Millennial Disconnect: Kids Want Money but Not Hard Work."  “Millennial Workaholics are 'Poisonous' to Companies.”  “The Young and the Economically Clueless.”  Since then I've seen content from news outlets raking the “participation trophy generation” over the coals for their supposed negative attitudes and poor work ethics.

Despite negative stereotypes haunting the media industry’s younger workers, I wanted to believe I could avoid being typecast as the clueless youngster by simply presenting a strong body of work and a whole lot of gumption.  But during my five years of work in the journalism and media space, I have continued to witness the biased treatment and pigeonholing of workers under 30, including Millennials, Generation Zers and even the often ignored Gen X.  I observed many of these experiences while studying, interning, freelancing and working through entry level positions.  They didn’t begin to ebb until I joined MediaVillage in 2018.  But memories linger and reminders are everywhere.

Here is what I have heard, seen or otherwise experienced during those five years (and even before, when I was still in school):

Workers Under 30 are “Children”

The majority of the time, I’m fine laughing off the odd nickname or good-natured ribbing; after all, everyone should strive to laugh at themselves.  But just as senior employees don’t appreciate implications that their age indicates they are out of touch and have outdated ideas, younger team members might take issue with comments implying that they don’t have the experience to impact a company.  It’s a fine balance of mutual respect.  No employee, young or old, enjoys feeling disrespected or patronized in the workplace; these excessively negative comments and feelings of condescension can make for toxic work environments, which can lead to employee dissatisfaction and, eventually, higher turnover rates.

While we may think of Millennials as college-aged kids, the oldest are nearing their forties while the youngest are inching past 23.  Meanwhile, the oldest members of Gen Z are graduating from college and entering the workforce.  As an inherently judgmental society, leaders must strive to overcome their unconscious bias for the sake of fostering a positive work environment.  Nip any assumptions in the bud by sitting down with younger new hires and really getting to the meat of their experiences -- their career accomplishments thus far, projects they’ve worked on, programs they’ve worked with.  In order to best mentor the biggest generation in the workforce, more openminded conversations free of biased thought need to take place.

Workers Under 30 are Lazy

Shouldering a backbreaking load was the norm among my undergrad peers -- maintaining high GPAs while working with various student publications, part-time jobs, freelance jobs, networking opportunities, etc.  It was a standard that was maintained in preparation for the chaotic pace of the media world.  So, it was jarring to come across articles labeling Millennials as “lazy, entitled and selfish.”

With so many young individuals juggling their budding responsibilities (anything to help get a leg up in a competitive industry with dwindling jobs), where are these accusations coming from?  After working the media scene in New York and digging my heels into the industry, I think I have an idea:  If Baby Boomers carved out their place in the world by being a generation that values working harder, then Gen Xers, Millennials and Gen Zers are becoming generations of working smarter.

When hard work is sometimes equated to the number of hours being put into a workday, it’s easy to mistake the intrinsically tech-savvy younger worker’s ideas as lazy.  Such a notion can lead to employees feeling unappreciated -- that their efforts have been entirely discredited.  In fact, as the media landscape evolves to favor and incorporate the technological innovations from Millennials and Gen Z, there isn’t a need for as many hours of work to be put in.  Senior leaders who remain openminded towards their juniors’ ideas might see a reduction in labor costs due to shorter workdays, not to mention more time for frequent breaks, which are shown to alleviate burnout, promote a healthier work-life balance and increase overall workplace productivity.

Workers Under 30 are Hopelessly Attached to the Internet

Though it’s no secret that Millennials, Gen Zers and even Gen Xers love digital and social media, the degree to which younger generations are characterized as technology-dependent, social media obsessed individuals is surprising.

Like 43% of my generation, I primarily use social media to keep in touch with friends and to stay in the news loop, and I utilize its networking capabilities (a habit shared by 37% of Millennials).  Just as junior members of the workforce shouldn’t assume that their senior counterparts are only interested in “age specific activities” like golfing or bingo, assuming that a younger co-worker is solely interested in uploading selfies to their social media page can lead to adverse interpersonal interactions in the workplace.  These types of negative interactions can cause resentment and, eventually, affect team cohesion; like throwing a wrench into the cogs of the workplace.

It’s no secret that generational differences have been the cause of friction between young adults and seniors for hundreds of years, and the trend is likely to continue.  For now, it’s best to stay as aware as possible of our unconscious biases and limit the amount of judgement we pass upon our colleagues -- young or old.  Because at the end of the day, no amount of stereotyping is worth the sacrifice of positive work relationships.