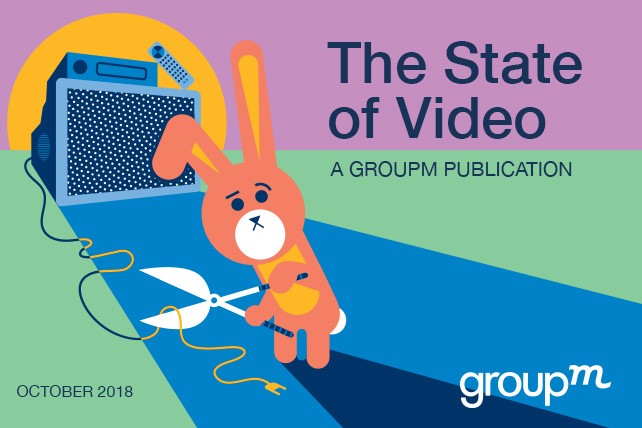 When GroupM Senior Advisor Rob Norman began putting together this year's State of Video report, he noticed a couple big themes.  First, that much of what he'd observed last year was still holding true: format shifts, "performance" advertisers looking to get into legacy media, etc.  Second, that new behaviors and players weren't emerging as quickly as predicted.

That's not to say, as Norman is quick to point out, that nothing has changed in the last year.  But the big, long-form video players like Netflix and Amazon Prime remain ad-free, and shiny new virtual MVPDs and other over-the-top services haven't quite revolutionized the video ad business.

Part of the reason is that linear TV is still a good bet for advertisers.  You might think that after years of secular declines in its ratings there wouldn't be anything left to say on the subject.  Norman begs to differ.  "Linear TV still has enormous value for advertisers," he recently told MediaVillage.  "The surest sign digital isn't the beginning, middle and end of everything is seeing an ad in a magazine for Warby Parker.  Those broad reach vehicles are still important."

The broad reach of legacy media is crucial in part because its older cohort of audiences coincide with sports fans -- sports being one of the remaining pillars of the linear TV business -- and people that, Norman said, "one might say have more disposable income."

As for the younger cohort, Norman sees the fight over their attention not as TV vs. digital, but as much more specific, i.e. Twitch vs. YouTube.   "What's happened is that network television forever did a pretty poor job of serving people in the 16-24 demo," he said.  That led to cable channels like MTV playing an outsized role in that cohort's media consumption, a role filled by YouTube for much of the late Aughts.  Now it's Twitch's turn to challenge YouTube.

The viewer itch that YouTube and Twitch scratch, Norman said, is on-demand, single-viewer experiences that often involve a perceived relationship with the creator, something that simply can't be replicated with traditional TV.

One issue Norman sees in marketers' approaches to these platforms is that the stakeholders simply don't spend enough time watching them.  In some cases, though, the problem isn't just that stakeholders aren't watching enough video on a platform -- it's that nobody is.  Some of the statistics regarding digital viewing are sobering: GroupM's data indicates fewer than 20 percent of Facebook videos see sustained viewing for three seconds.   That's not a lot of time to work with for creators or marketers.  "The creative challenges are enormous," he said.  "Platform-specific creative is key." Sometimes that means shorter ads -- six seconds, or two seconds -- or vertical video as opposed to horizontal video, or a wildly different tone.

As marketers' experiment with video ad formats in the digital realm, that experimentation has spilled over into TV.  Last year's report indicated the future of TV ads might be the six-second spots touted by the likes of Turner and NBCUniversal.  For all the promise, though, "there's been no breakthrough moment for these formats," Norman said, adding that the key may be a combinatorial approach: six-second ads signposting a brand, followed at some later point in the programming by a much richer 60-second story.

This kind of approach might help solve what Norman sees as a problem in the ad world with the current balance of brand development and trade support -- the difference between an ad whose aim is developing a relationship with a consumer that lasts beyond just a transaction and an ad that is trying to induce a transaction.  Norman sees more trade support than brand development these days, and that concerns him.

The fix is both as simple as you think and slightly more complex at the same time: advertisers need to think more holistically.  "Attention and time have become so precious," Norman noted.  "This only works if you think about all of the channels and their functions."

You can download the GroupM State of Video report here.