By Simon Applebaum August 29, 2018 Tomorrow Will Be Televised Archives 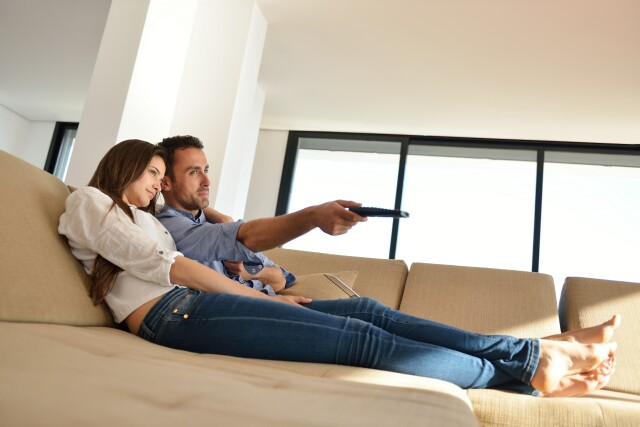 Talk about fast and furious.  Developments from many corners of the media universe these summer months of 2018 suggest that advertisers now embrace direct-to-consumer delivery of their messages through smart television sets and TV-connected devices.

In just one mid-August week alone:

News of this nature supports projections by Tru Optik and other media research firms that approximately $7 billion to $8.2 billion in advertising will go through smart TV sets and devices this year, up from $4.7 billion last year.  That amounts to 12 percent of overall TV ad spending.  Tru Optik sees bigger leaps for smart ads ahead -- $13.3 billion next year and $20 billion for 2020.

The process “enables us to deliver this addressable technology and provide extra value to our advertisers,” explains Adam Gaynor, the AMC Networks vice president who supervises Agility, the ad sales unit developing addressable and other unique ad formats.  “Smart TVs are growing, and as (they) continue to grow, we get more excited that this opportunity will get stronger for us,” he says.

Sorensen’s technology is performing well to this point, and that’s encouraging AMC to create new relationships with current sponsors and open dialogue with new advertisers.  “Addressable is becoming a bigger part of the budget of different clients’ media mixes as it becomes a bigger part of the marketplace,” Gaynor asserts.

Gaynor labels this addressable direction a “crawl, walk, run” situation, one reason why he declines to identify the participating advertisers so far and what channels they are running spots through.  How about viewer reaction?  “Let me put it this way,” he says.  “Viewers don’t see them as addressable ads.  They see them as relevant ads.  It’s early days.  We know we’re delivering those ads.  We haven’t heard anything contrary to that.”

BBC America will join this engagement at a later date.  AMC’s growing lineup of smart TV set/device-distributed services, such as Sundance Now and horror-oriented Shudder, are expected to be involved at some point.

AMC’s other new ad direction experiment with interactivity is through a partnership with mobile technology provider ACTV8me.  In this undertaking, some national commercial spots house an audio feature that’s inaudible to consumers, originating from ACTV8me.  However, when a consumer sees one of these spots, a smartphone message is triggered in seconds, inviting that consumer to take advantage of a product offer, merchandise discount or coupon using a mobile wallet.

“This allows us to offer this level of interactivity where we know what spot was watched, when it was watched, when the offer was delivered and whether the user accepted that offer,” Gaynor says.  “Furthermore, we’ll know if the viewer (redeemed) that offer, proving the attribution (with) TV.  This is another product [with which] we’re in the early stages, but we’re attracting a lot of attention and having a lot of great conversations.  We look forward to coming back and discussing some of the success stories.”

Can smart TV sets and devices be part of this initiative over time, with consumers getting offers through them as well as via smartphones?  Gaynor leaves open that possibility.  “We’re looking at everything that can give us a deeper relationship with our advertisers who want deeper relationships with their customers,” he says.

There’s another August development in this smart TV ad arena worth monitoring, and it comes from Sinclair, the largest U.S. broadcast station owner.  The company is now selling 15- and 30-second commercial time for direct placement on Roku and Apple TV, with other smart TV devices to follow.  CompulseOTT will run the ads on more than 100 TV networks and services.  In quick fashion, CompulseOTT has placed more than 5,000 campaigns.

“It really fills a niche within both the local marketplace and the national marketplace for greater targeted advertising,” Sinclair President and Chief Executive Officer Chris Ripley noted during the company’s latest investor conference call.  “We think that marketplace is already a multi-billion-dollar marketplace, but it’s underserved."

Note:  This is the second in a series of columns about the expanding smart TV set and device universe, now available and being used in nearly two-thirds of all U.S. households.